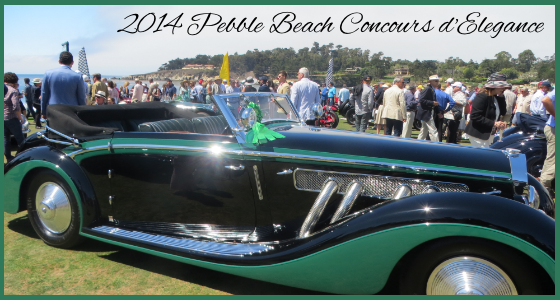 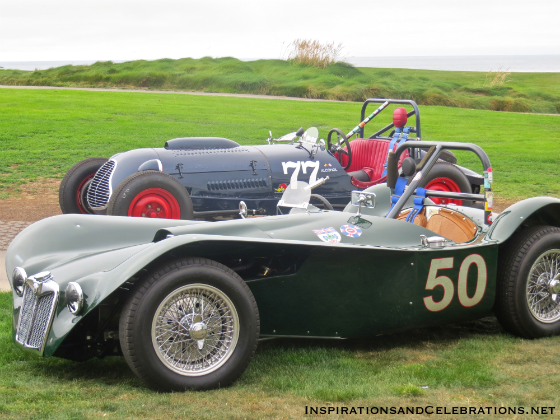 This year’s event also featured the film premiere of “Racing Through The Forest“, a documentary that highlights the history of the Pebble Beach Road Races with never-before-seen film footage, exclusive interviews with the actual race car drivers and their family members, and key insights from automotive industry leaders showing how pivotally important the Pebble Beach Road Races were for the auto sports industry’s evolution.

Several of the world’s most exalted race car drivers, including Carroll Shelby, Sir Stirling Moss, Bill Pollack, and Phil Hill all took part in the Pebble Beach Road Races. After several years of hosting the races (to draw attention to the growing development of the Del Monte Forest and Pebble Beach), the races were shut-down (after a tragic death occurred during a race). In its place, the Laguna Seca racetrack was built, which is now recognized as one of the world’s top raceways. 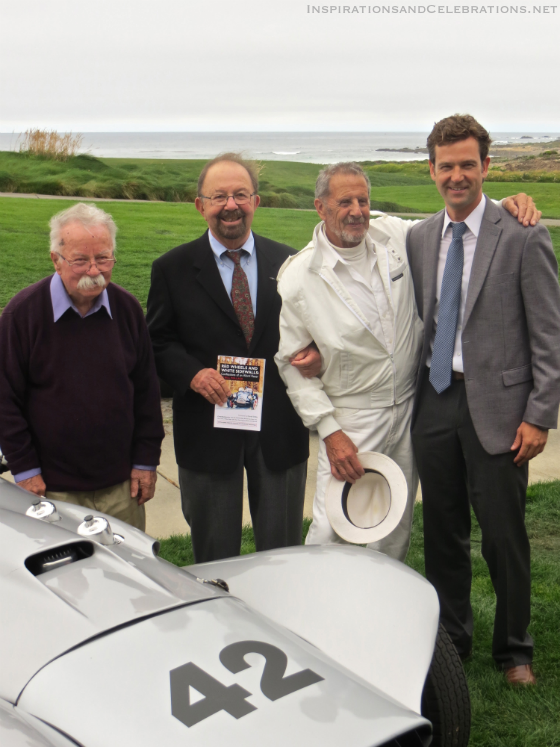 “We’re pleased to host the premiere screening of ‘Racing Through the Forest’, which focuses on the Pebble Beach Road Races and enthusiasts who started and participated in these sporting yet fierce competitions,” said Sandra Button, Chairman of the Pebble Beach Concours d’Elegance. “We all owe a great debt to these enthusiasts. I’m certain that much of the collector car world today would not exist without them. And there would be many fewer ways to see and celebrate great cars and the people affiliated with them.”

Inspired by the memoirs of the Del Monte Forest Road Race history, the Pebble Beach Concours d’Elegance and Pebble Beach Company collaborated with K&K Productions to preview the documentary for a select audience. Featuring interviews with racers and incredible footage of the events, the film recalls the glories of this oft forgotten race with a video archive of its history.

For those attendees who enjoy getting a glimpse of revolutionary new vehicle designs, the Concept Car Lawn (held in front of The Lodge resort in Pebble Beach) features concept cars designed by the world’s most notable brands, including Lamborghini, Mercedes-Benz, McLaren, Audi, and others. 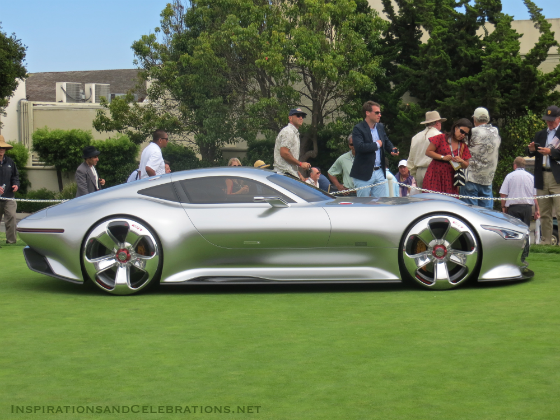 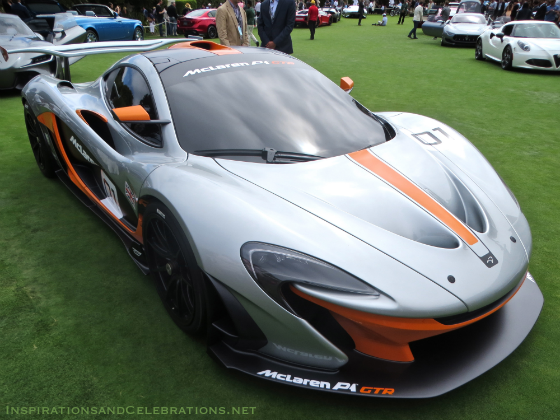 From flamboyant hats and elegant apparel to sparkling gems and designer handbags, the world’s social elite and fashionistas definitely made their presence known at the 2014 Pebble Beach Concours d’Elegance with their spectacle-worthy ensembles. 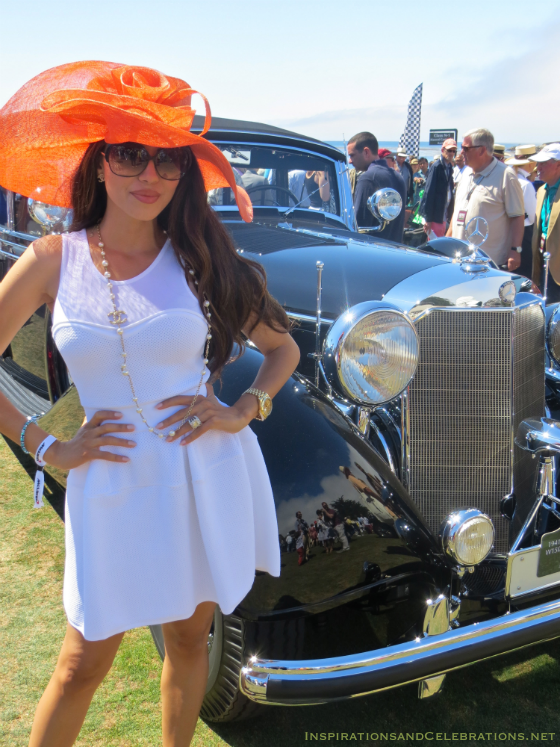 As the event is held on the 18th fairway of the famed Pebble Beach Golf Course, many of the attendees wore appropriate wedges and flats, but upped the ante of their head-turning styles by donning dramatic time-period hats and chic summer outfits, such as skater dresses and rompers. For the more conservative event-goers, timeless blazers and dressy sport looks were the most frequently seen outfits of the day. 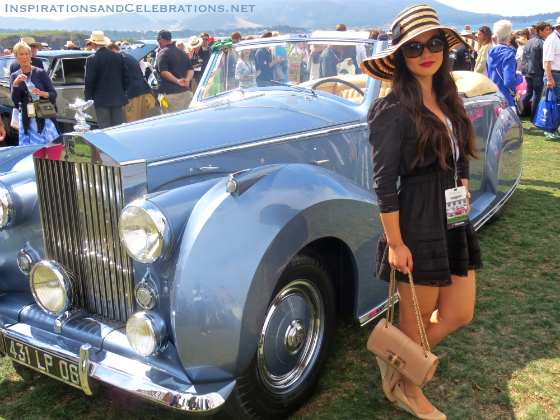 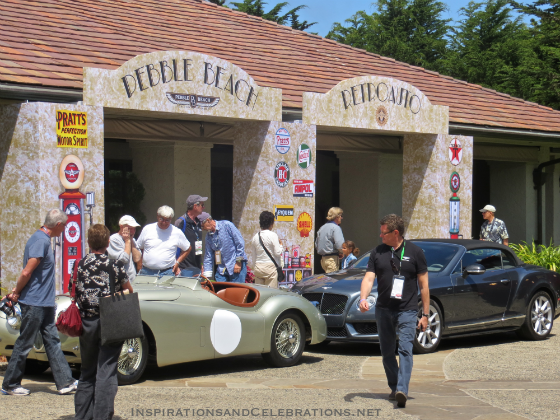 Pebble Beach RetroAuto was also re-located this year to the ballrooms of The Inn at Spanish Bay, providing a new and inviting space for event participants and guests. RetroAuto has already established itself as a well-curated marketplace for the true automotive enthusiast, showcasing rare collectables, historic Automobilia, art and literature, as well as luxury items, technological tools and auto parts. 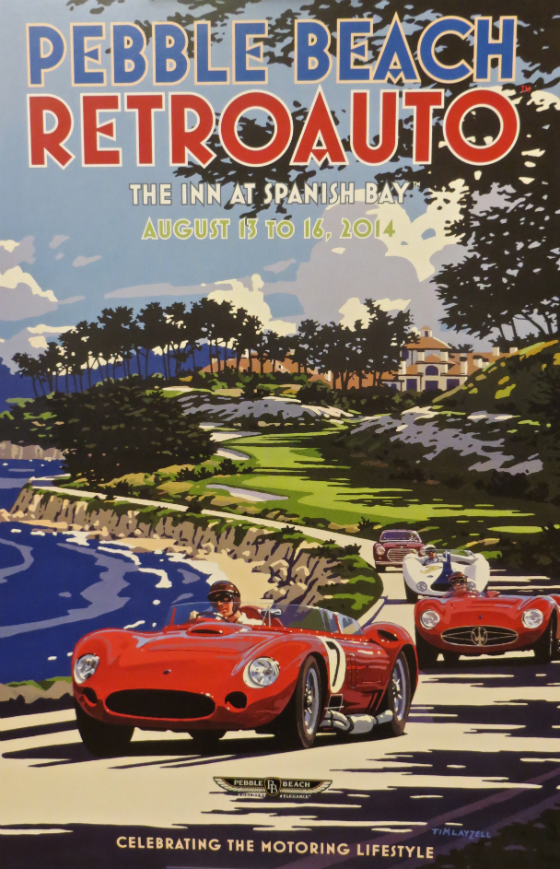 The new Pebble Beach Classic Car Forum presented by Credit Suisse featured luminaries of the automotive and luxury products industries presenting updates about industry news, company developments, and compelling topics. The panels were held in a special pavilion on the edge of the first fairway of The Links at Spanish Bay, and brought to the stage top executives and leaders from a range of notable brands and businesses. In addition to speaking about a series of interesting topics, each forum included a Q&A session (moderated by Nic Waller, Automotive Consultant for the Pebble Beach Concours d’Elegance), which enabled attendees to gain further insights and information from. 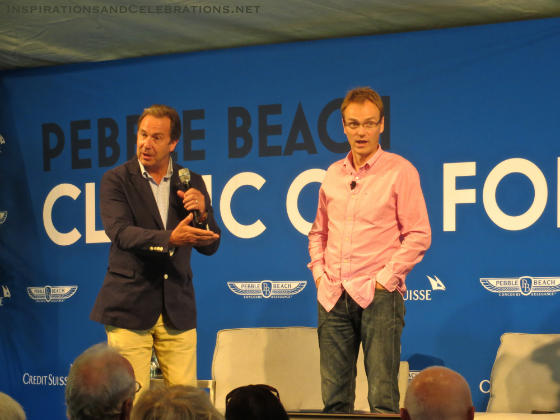 “The Pebble Beach Concours d’Elegance remains the heart of automotive week, and we continue to focus on recognizing and celebrating the best automobiles in the world,” said Pebble Beach Concours Chairman Sandra Button. “This new forum, presented in partnership with Credit Suisse, brings to the fore some of the people who have created or made history with or spent a lifetime caring for these cars. We hope this forum is a place where we can come together as a community, tackle some of the tough questions facing the car world and draw knowledge from experts in the field-all while encouraging new automotive enthusiasts.” 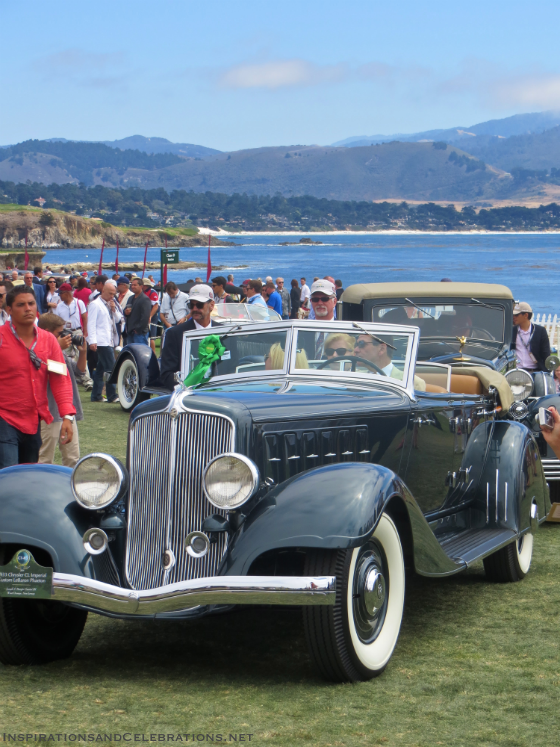 The 2014 Pebble Beach Concours d’Elegance showcased 216 cars and motorcycles, 35 of which came from outside of the United States. It also raised $1,677,445 for charity, bringing total charitable donations from the Concours to more than $19 million over time.

The event marked the centennial of Maserati and included first-time features of Ruxtons, the first American passenger cars with front-wheel drive, and Streamlined Tatras, technological wonders built in Czechoslovakia. A jaw-dropping display of 20 Ferrari 250 Testa Rossas was placed at one end of the show field, and cars exhibiting the curvaceous coachwork of Fernandez et Darrin posed at the edge of Carmel Bay. There were also special classes for Postwar Rolls-Royce Phantoms and Eastern European Motorcycles, and a display honoring cars that participated in the 1914 French Grand Prix. 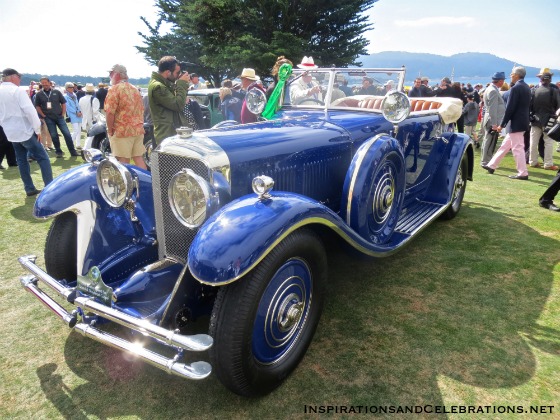 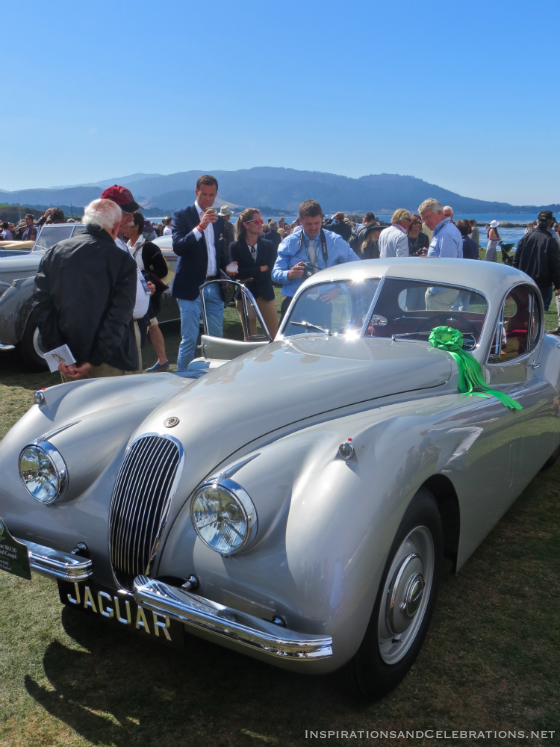 The Pebble Beach Concours d’Elegance has not only continued to expand upon its legacy for the past 64 years (leading it to be heralded as one of the world’s premiere auto shows), but it has also led to the growth of Monterey Auto Week, drawing thousands of auto enthusiasts and the world’s top automotive manufacturers (including Ferrari, Lamborghini, Mercedes-Benz, Jaguar LandRover, Aston-Martin, etc.) to this desirable destination hotspot.

The week-long celebration annually features new car debuts, exciting special events and auto races, and exclusive gatherings hosted throughout the Monterey Peninsula (such as the Jaguar LandRover Party and the invite-only Aston-Martin Estate).