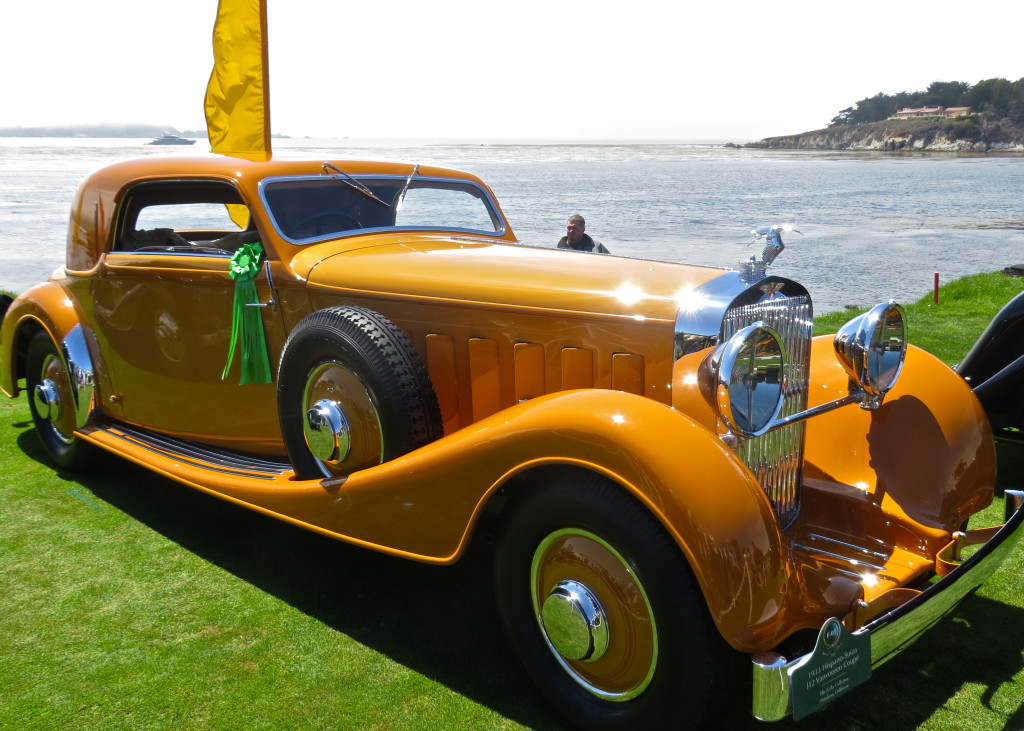 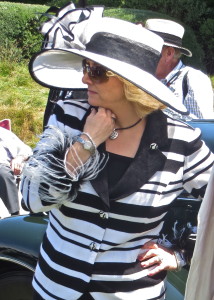 Now in it’s 63rd consecutive year, this elegant event has not only grown in size (drawing thousands of affluent car collectors and spectators from around the globe), the Pebble Beach Concours d’Elegance has also reached a new pinnacle of success. 2013 marked the first year that Yahoo! came on board as a major sponsor, creating a live-streaming broadcast on Yahoo.com for hundreds of thousands of auto enthusiasts across the world to see.

Aside from the stunning automobile display, event attendees were entertained by the retro-inspired fashion worn by several of the spectators and exhibitors in attendance. The event drew a number of fashionistas who donned their finest traditional apparel, evoking an era gone-by. From flamboyant hats to bespoke apparel, Pebble Beach Concours d’Elegance attendees dressed to the hilt. 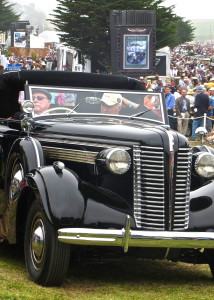 Out of the hundreds of sensational vintage automobiles on display, a 1934 Packard 1108 Twelve Dietrich Convertible Victoria owned by Joseph and Margie Cassini III of West Orange, New Jersey, was named Best of Show. “This Packard is the epitome of American style and grace in the Classic Era; it embodies that period,” said Concours Chairman Sandra Button. “It is understated but elegant, and it has a striking but quiet presence. When it drove onto our show field this morning, and I stepped forward to greet the Cassinis, I could barely hear the engine running.”

In accepting the award, Joseph Cassini referred to the Pebble Beach Concours d’Elegance as “the Olympics of car shows”, which truly describes this unsurpassable event.