When you want to escape the mundane into a world of magic and fantasy, step into one of the spectacular, show-stopping outfits by fashion designer to the stars – Augusto Manzanares. 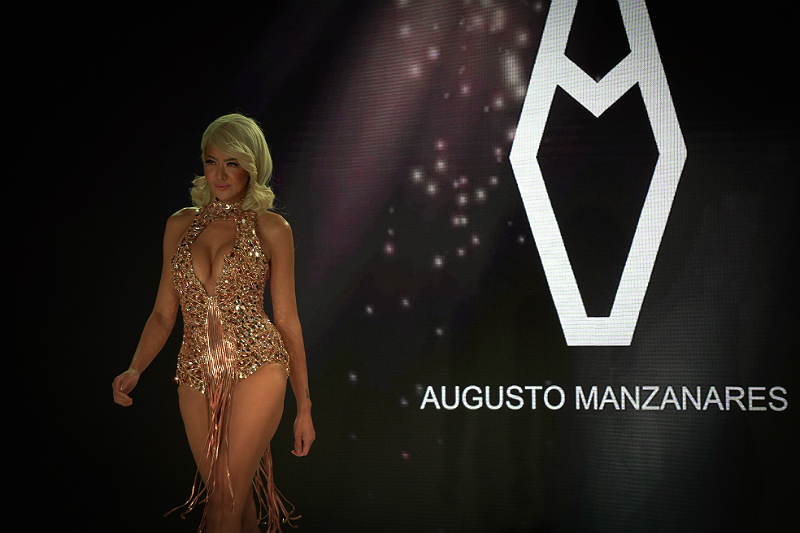 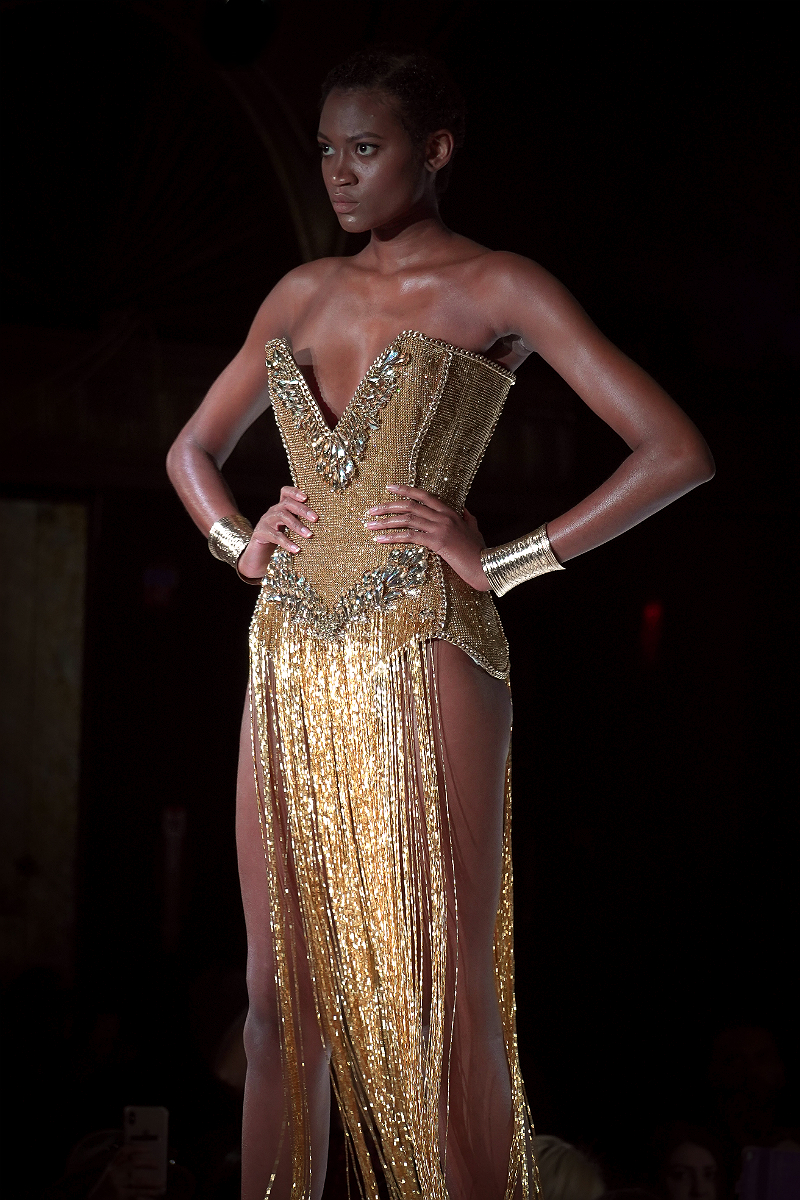 His gorgeous designs are often worn by celebrities and public figures for red carpet events, on stage for live performances and concerts, and in editorial fashion spreads in glossy magazines.

Renowned for creating eye-catching pieces worn by supermodels (like Isabella Fontana), public figures (like Paris Hilton), and entertainers (such as Jennifer Lopez, Demi Lovato, Thalia, Lil’ Kim and Cardi B), Peruvian-bred, New York-based Augusto Manzanares has built a stellar reputation amongst his celebrity clients and notable brands. His designs have also been featured in advertising campaigns for beauty brands like M.A.C. Cosmetics. 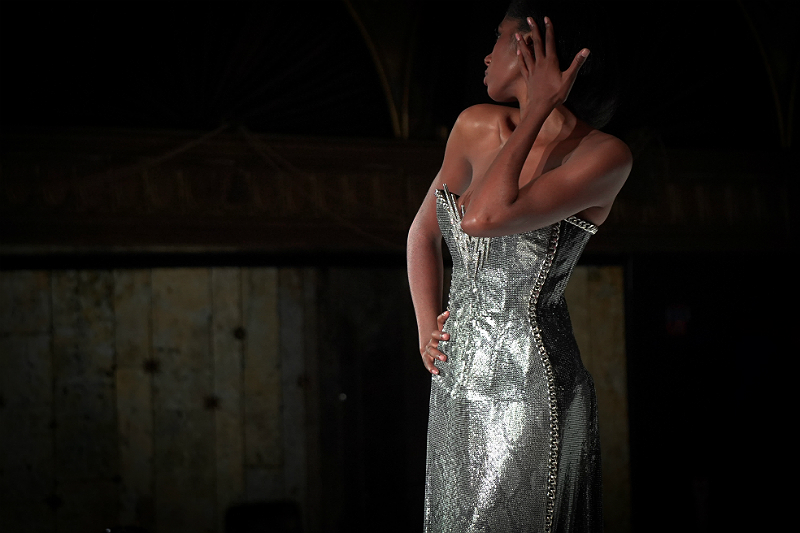 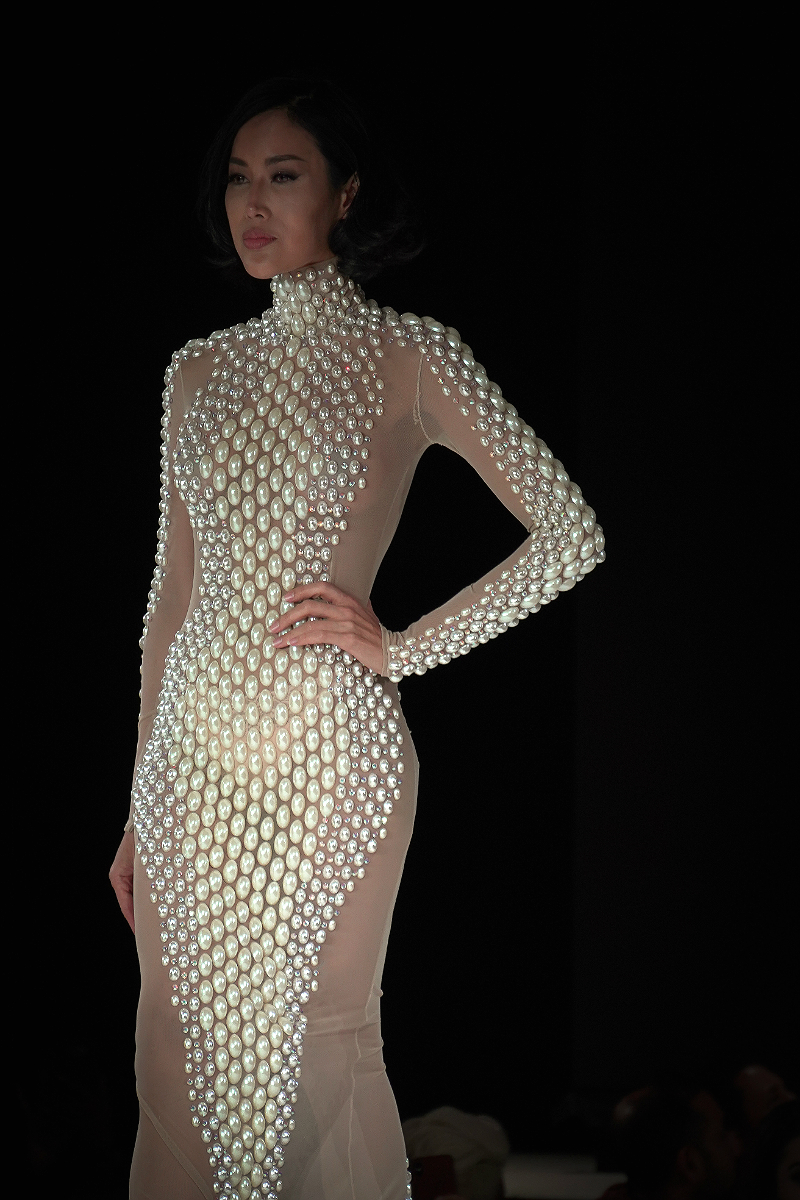 From gilded dresses designed for modern-day goddesses to high-shine, metallic bustiers that exuded sex appeal and mega-watt drama, these intricately embellished outfits were nothing short of starlet-worthy costumes. 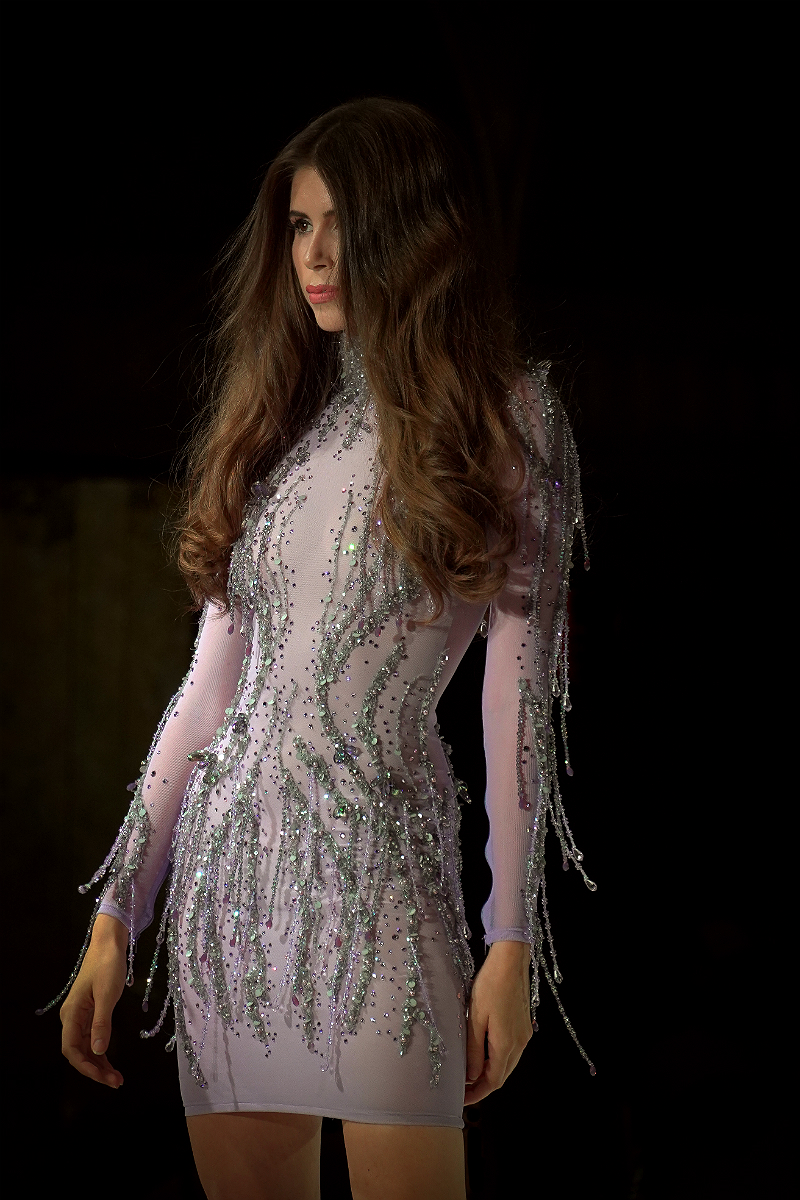 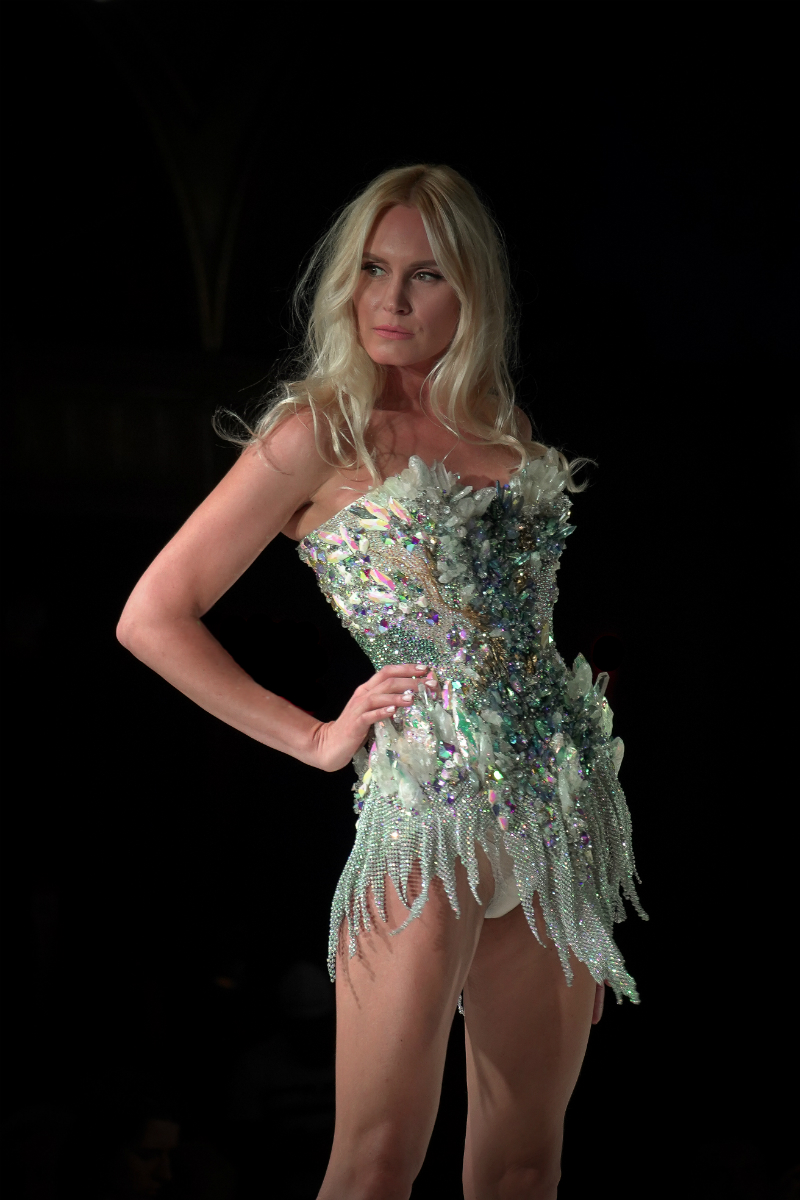 From fluttering feathers to shimmering sequins, Manzanares’ Spring 2020 collection that debuted during NYFW was an outrageous, exquisite display of utter imagination and creativity.

Whether you want a show-stopping bespoke gown suitable for a gala event or a one-of-a-kind Halloween costume, Augusto Manzanares is the ultimate fashion designer to create a captivating look that is anything but ordinary. 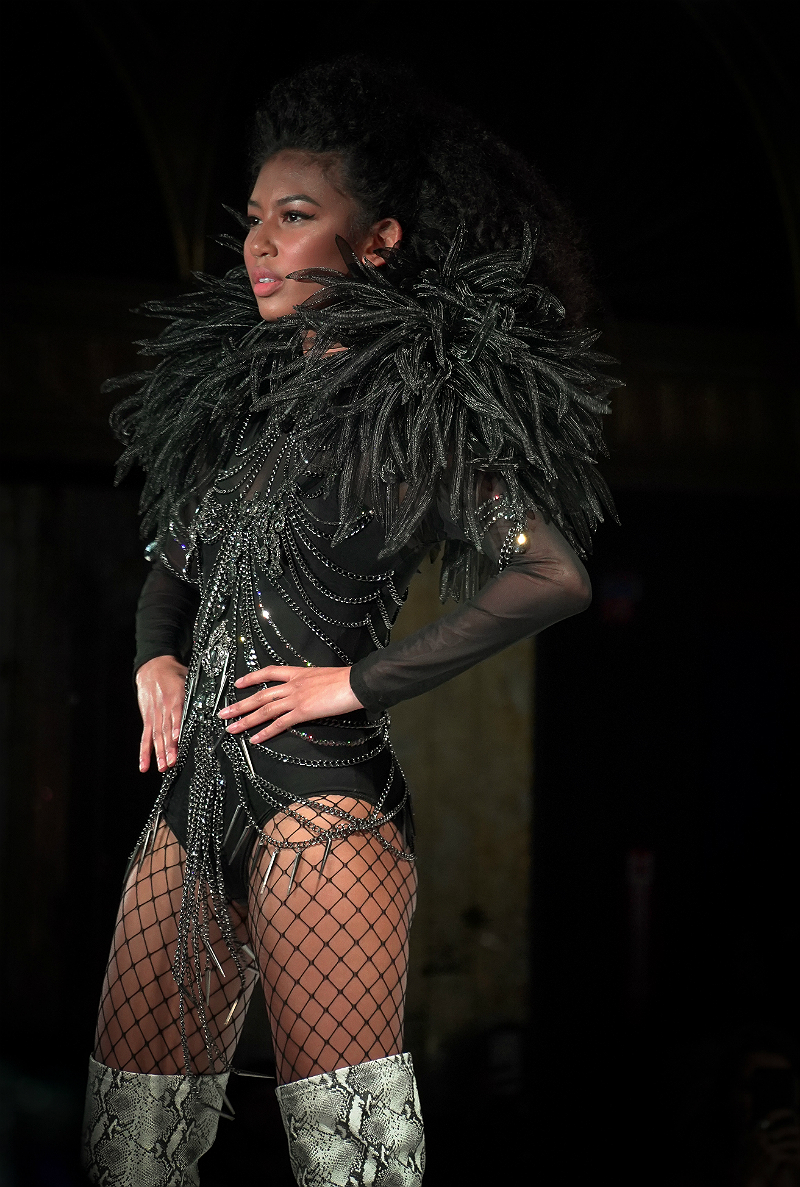