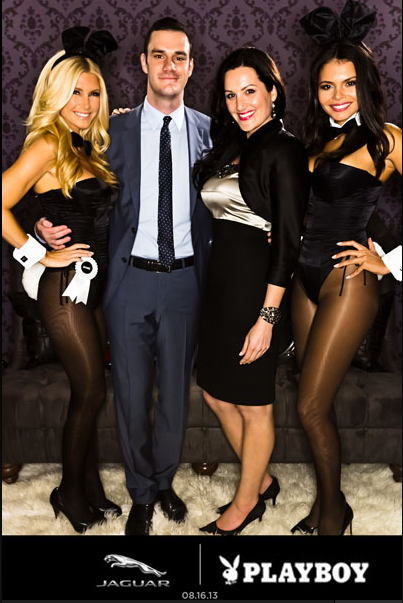 On Friday, August 16th, people from all over the world traveled to Pebble Beach, California to attend the world-famous Monterey Auto Week. To kick-off the renowned Pebble Beach Concours d’Elegance weekend, Jaguar and Playboy jointly hosted their second annual exclusive party at a private estate in Pebble Beach for VIP’s, models, celebrities, and hundreds of auto enthusiasts.

Last year, the Jaguar Playboy partnership commenced with a splash. The spicy collaboration has benefited both companies by enabling them to reach growing target markets via the expansion of their cross-promotional efforts. Throughout the past year, Jaguar and Playboy have been working together in an effort to garner further publicity and excite their customers with titillating events and newsworthy announcements. John Lumpkin (SVP, Integrated Sales for Playboy Enterprises) said that “the Jaguar Playboy partnership has been a wonderful marriage of two iconic, cutting edge brands”. As an example of a promotional tie-in that Jaguar and Playboy did, when Playboy Playmate, Raquel Pomplun, was recently announced as the 2013 Playmate of The Year, she was gifted with a brand new Jaguar F-Type automobile.

Cooper Hefner (son of Hugh Hefner) has been intimately involved with the makeover of the Playboy brand, especially over the past year. In addition to hosting a number of Playboy events and doing interviews with the press, Hefner has been helping the magazine’s evolution by influencing it’s content (adding more provocative, substance-based articles). The entire Playboy team has been working hard to show it’s advertisers that the magazine has a new look and feel. Playboy Luxury Director, Patrick Greene, has been “re-educating advertisers” about the brand. This modernized change has resulted in trendy advertisers (like John Varvatos) coming on board. 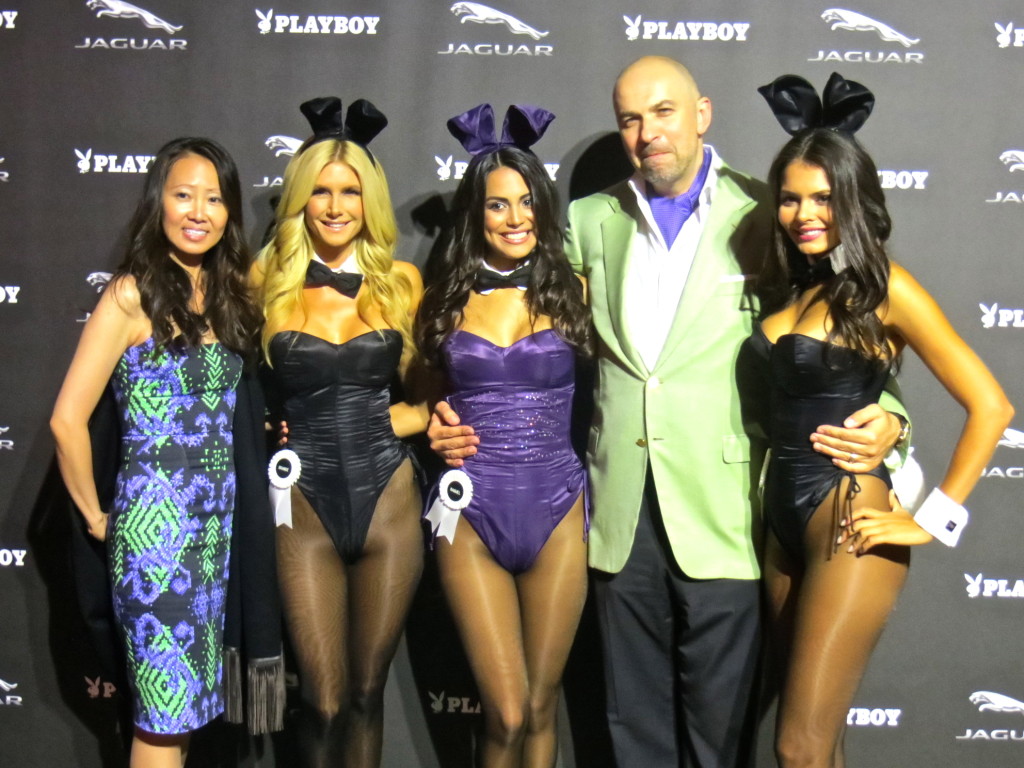 The Jaguar Playboy Party in Pebble Beach marked another strategic positioning opportunity for both companies to put their products in the hands of consumers. Playboy Playmates Brande Roderick, Alana Campos, and Raquel Pomplun hopped around the party, posing for photos with the Jaguar automobiles (Jaguar XJR, XKR-S GT, and F-Type) and mingling with the guests. Israeli model and actress, Gal Gadot (who has appeared in The Fast and The Furious) showed up to greet the event attendees and heighten the electric energy of the party. And, the second-generation Mr. Playboy himself, Cooper Hefner, flew all the way from London that night to join in the fabulous festivities.

In addition to rubbing elbows with the sexy celebrities, the Jaguar Playboy party guests enjoyed an array of catered food & beverages, as well as a posh party atmosphere (including a roaring fire pit, chic lounge areas, and a cheeky photo booth). One of the highlights of the vivacious evening was the live musical performance by the uber-trendy DJ/Violinist duo (Mia Moretti and Caitlin Moe), otherwise known as The Dolls. 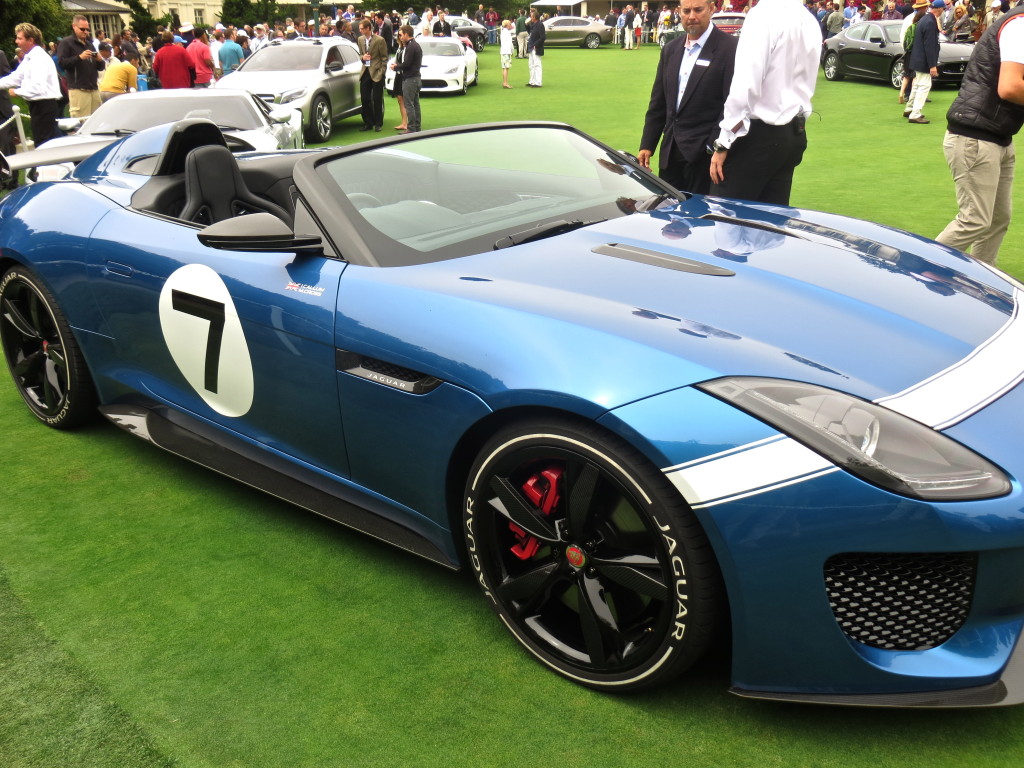 featuring their newest cars, in addition to the stunning Jaguar Project 7 Concept car, which was a design based on the popular F-Type. The display enabled auto enthusiasts to get an up-close view of the showcase of luxurious cars throughout the weekend.

In addition to introducing the Jaguar automobiles to consumers during illustrious auto events, such as the Pebble Beach Concours d’Elegance, Jaguar has been busy with the implementation of marketing campaigns geared toward increased social media activity and celebrity ambassadors for the brand. These efforts have resulted in a major increase in sales for Jaguar – a 65% increase in sales in July 2013 (as compared to last year).

The successful Jaguar Playboy partnership has helped boost the image of both Jaguar and Playboy (modernizing the brands while expanding into younger markets), in addition to increasing sales and garnering positive attention for both companies.