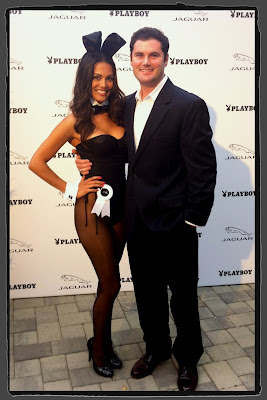 The elegant celebration kicked-off Pebble Beach Concours d’Elegance weekend in a memorable fashion for Jaguar and Playboy’s corporate partners and specially selected VIP guests, who were affluent consumers (including notable CEOs and Executives, Auto Aficionados from around the globe, and top Music and Entertainment Celebrities). The first-class party featured live music, delectable catered food, specialty cocktails, top-shelf champagne and wine, and a picture-perfect setting. “Jaguar and Playboy set out to create something new, a private fun evening to get the Pebble Beach Automotive Weekend going and to showcase the new Jaguar XJL Ultimate,” said David Pryor, Brand Vice President, Jaguar North America. “The evening brought automotive aficionados and friends of Playboy and Jaguar together, without all the crowds and sales pitches experienced the rest of the weekend. Owners of Jaguar cars like an upscale, but relaxed and fun environment, and that is what we created with Playboy for this event.” 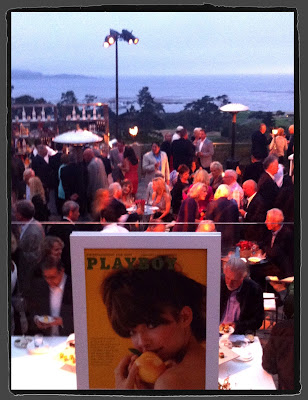 {The opulent private estate venue for the Jaguar Playboy party}

This new corporate partnership was created to play off the strengths of two well-known, household names that epitomize a luxe lifestyle, sex appeal, and the ultimate experience for discerning, affluent consumers. When asked how the idea of this partnership originated, Stuart Schorr (VP of Communications and Public Affairs for Jaguar Land Rover North America) said, “We have done some targeted advertising with Playboy since our ALIVE Campaign launched. Jaguar has an 18 city ALIVE DRIVING EXPERIENCE tour going around the country giving consumers a chance to drive our latest high performance models in a number of challenging settings. (This partnership) is specific to unique activities like occasional ads in the magazine or this event.” 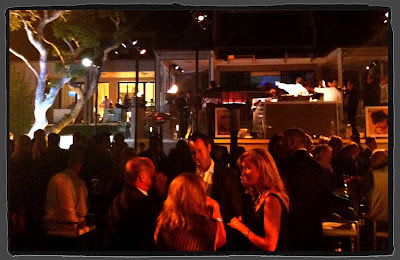 Aside from hopping around the party with Playboy bunnies and exploring the spectacular (classic and contemporary) Jaguar cars parked throughout the estate, another highlight of the evening for the VIP guests was the opportunity to mingle with A-list entertainers, including musical performer and producer (Wyclef Jean from The Fugees), the curvy and seductive television star from Mad Men (Christina Hendricks), and Oscar-winning Actor (Adrien Brody). 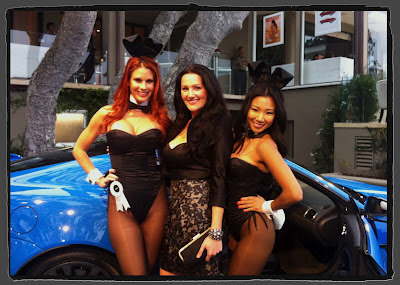 This launch party was an opportunity to showcase the brand new Jaguar XJL Ultimate luxury sedan, which is being priced at $155,000 and will be limited to a staggeringly low production run of only 30 vehicles for the U.S. Market, making it that much more covetable and exclusive (to entice the most selective consumers). 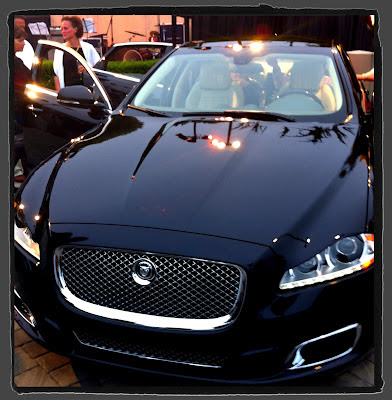 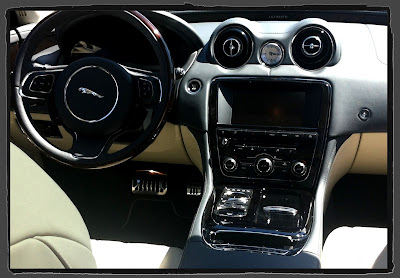 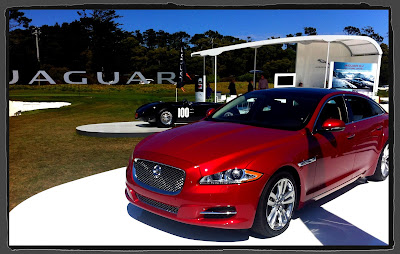 When asked how Jaguar is focusing on its branding and marketing strategies, Stuart Schorr (VP of Communications and Public Affairs for Jaguar Land Rover North America) said, “it’s all about being innovative.” Although the company has been around for nearly a century, it’s now working to modernize the lines of their vehicles’  designs (moving away from the classic styles that were popular in the 1960’s and 1970’s), to attract a new generation of (younger) buyers.

Schorr elaborated, “our target audience is both affluent men and women, and feel the overall event, including with celebrity VIPs and a guest list of affluent couples actually was quite targeted to generating attention among men and women, automotive and lifestyle media.” 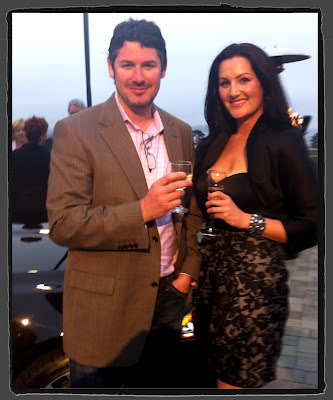 Representing Playboy that evening were Cooper Hefner (son of Hugh Hefner) and John Lumpkin (SVP, Publisher, Integrated Sales for Playboy Magazine). Hefner shared his visions of making Playboy a more fully-interactive brand for its readers by delving deeper into the experiential side of the brand (with exciting partnered events, increased involvement with charities and humanitarian/activist movements, and a more socially-driven web presence).

When asked how these new implementations will be balanced with the sexy brand that was built decades ago by his father, Hefner said, “nudity is the cherry on top.” From the sound of it, the next generation of Playboy’s readers will be comprised of well-rounded, informed men who not only care about leading exceptional, first-class lifestyles filled with great experiences, but also who want to make a difference in this world. 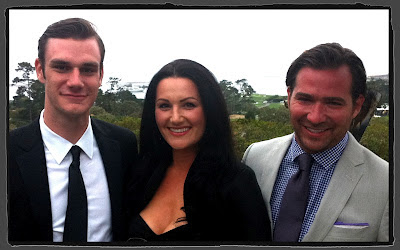 Both Jaguar and Playboy are shifting gears regarding their expansion efforts, setting the stage for the next generation of younger, upwardly mobile consumers to take heightened interest in the two established companies, and zooming toward accelerated brand exposure and sales growth in a sexy, sophisticated, and contemporary way.

Given the history of the two companies and the marketing direction each are initiating at this time, the Jaguar Playboy partnership sounds like an alluring and mutually-beneficial collaboration that will help both companies succeed in this era of change.