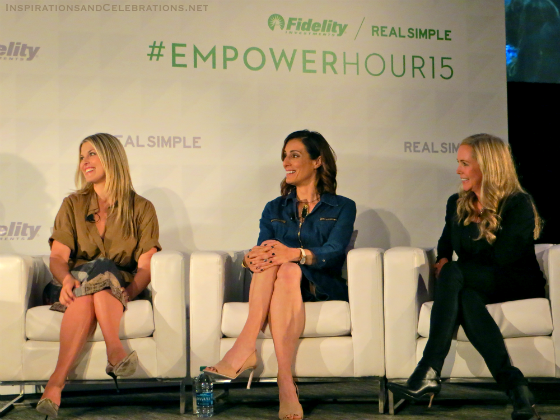 On Wednesday (May 13, 2015), Real Simple and Fidelity Investments hosted the #EmpowerHour15 event at the Bently Reserve in San Francisco, California.

Designed to be an evening of empowering conservations, the inspiring event highlighted successful professional women’s experiences in business and life, by featuring a panel of three notable women who have excelled in their public careers.

The #EmpowerHour15 event not only served as a beacon of hope and enlightenment (about career advancements), it also acted as a catalyst to encourage women (from all backgrounds) to take charge of their personal finances and investments. 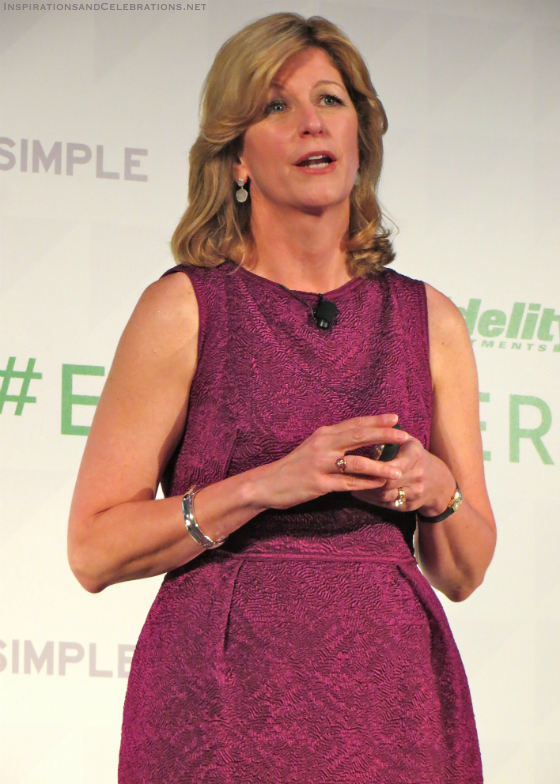 Murphy pointed out that while 92% of women say they want to learn more about financial planning, only 25% of the Baby Boomers, 16% of Gen-X, and 13% of Gen-Y women currently consider themselves a primary decision maker when it comes to personal finance.

To encourage the women in the audience to become proactive in managing their personal finances and becoming fearless relative to advancing their careers or generating more income, she exclaimed, “women are just as good as men at investing, as they focus on the long-term, while men focus on the short term.”

After explaining that many women lack confidence when it comes to money-management, she boldly stated, “don’t let stereotypes or insecurities hold you back.” 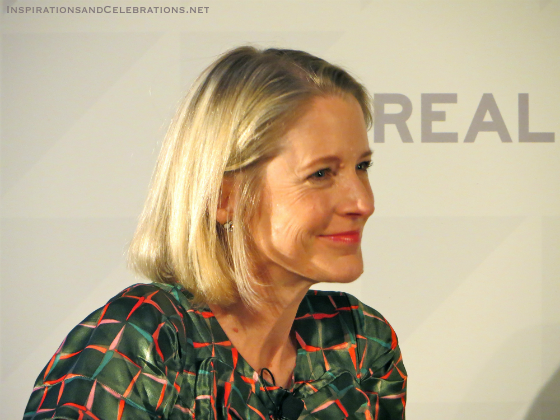 When it came time to moderate the panel discussion amongst the three special guests, Real Simple’s Editor (Kristin Van Ogtrop), greeted the audience with a warm and inviting welcome, sharing her enthusiasm and respect for the women who were being highlighted at the #EmpowerHour15.

In keeping with the publication’s slogan, “life made easier”, Real Simple was created for today’s time-pressured woman. The magazine publishes articles that offer smart strategies and sage advice for women trying to manage busy lives, filled with careers, family, and other responsibilities. 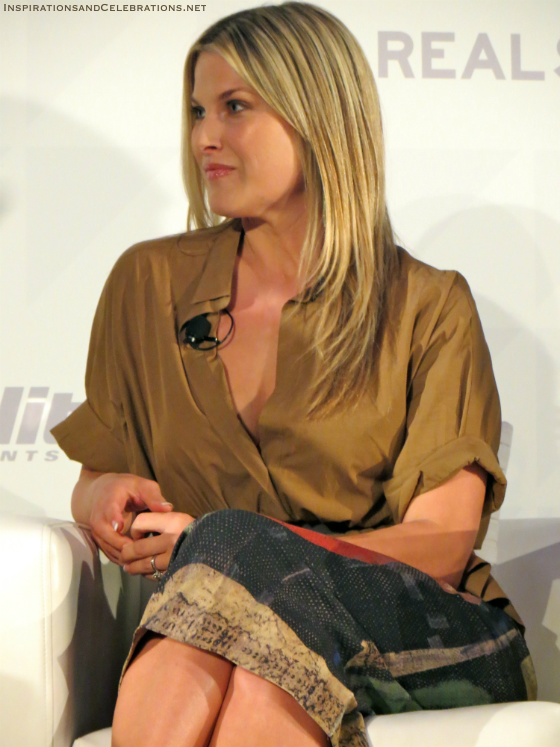 One of the most recognized faces on the #EmpowerHour15 panel was Hollywood actress-turned-author (and food blogger), Ali Larter.

Having started her public career in her teens, Larter appeared in several popular films and television series. After becoming a successful working actress, she changed gears in order to pursue her life-long passion – food. This decision led her down a path of exploration, adventure, and the pursuit of her dream to write a cookbook.

While 9 out of 10 publishers turned her down, her determination to get Kitchen Revelry finally published turned from a dream into a reality when she scored a publishing contract.

In addition to sharing her story about transitioning from Hollywood into home-life, she now writes a blog that shares snippets of her real life (with her husband and two young children), recipes for home-cooked meals, and insight into the way she handles a bustling career and family-life. 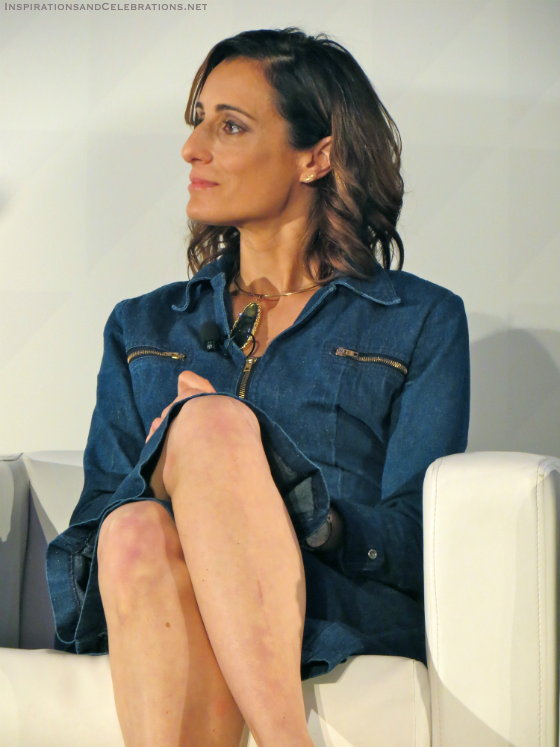 Christine Bronstein, Entrepreneur, Investor & Founder of A Band of Women

Next up on the #EmpowerHour15 panel was Christine Bronstein, the entrepreneurial daughter of Louis Borders (co-founder of Borders bookstores).

Having successfully raised venture capital for her first company (in her 20s), which was later sold, Bronstein has since gone to develop a premiere, exclusive online social network for women, aptly called A Band of Women.

With the motto “no woman left behind”, ABOW was designed with the mindset of encouraging women to help and support one another. The organization has grown into having thousands of active members, who gain access to forums, events, groups, and other sources of support. 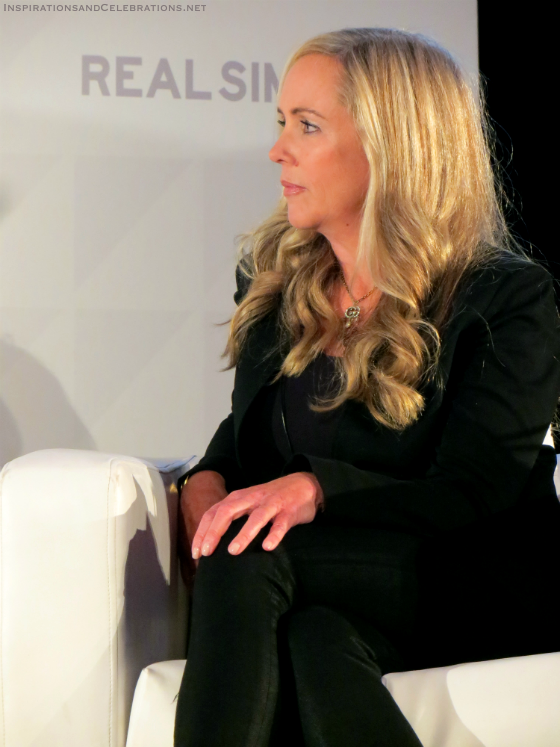 Last, but certainly not least, was the President of Williams-Sonoma, Janet Hayes.

Hayes is a veteran of the consumer retail goods industry, having served as the President of Pottery Barn Teen several years and previously in an active role at Gap Inc., prior to taking on this esteemed position at PB Teen’s sister company, Williams-Sonoma.

Under her leadership and guidance, she continues to help drive the success and growth of this renowned retail chain, which currently generates over $4 billion in annual revenue. 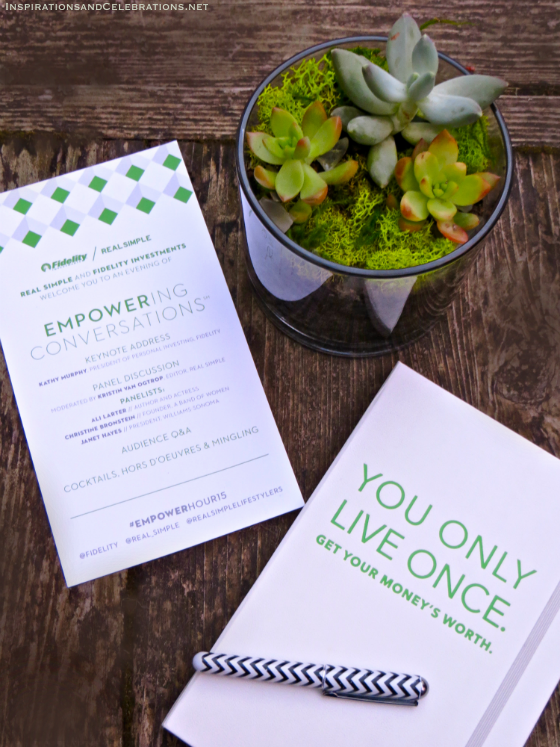 After hearing the engaging panel discussions about career advancements, overcoming challenges, and handling life situations from these three successful women, the audience was invited to ask the panelists questions.

Questions for the panelists ranged from how they raise children while working, to inquiring about the ways they handle personal finances, and even my question – which asked for their tips on how to develop and maintain supportive relationships with other women, while on the path to success and accomplishment.

When the panel discussion and Q&A came to a close, the audience enjoyed mixing and mingling with each other over cocktails and hors d’oeuvres, sharing stories about their professional experiences and encouraging each other to achieve their goals.

As a result of the #EmpowerHour15 “Evening of Empowering Conversations”, thanks to Fidelity Investments and Real Simple, hundreds of professional women felt motivated and empowered to fearlessly pursue their dreams and become actively involved with managing and growing their personal finances.

Christina-Lauren Pollack is the Creator of Inspirations & Celebrations. Learn More…