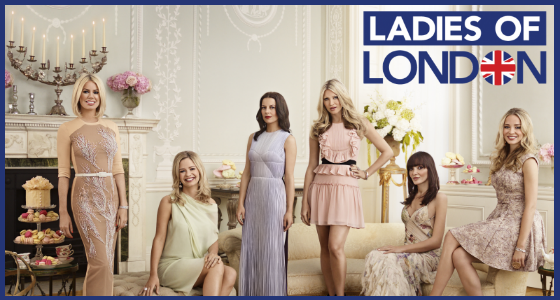 Ladies of London is a cheeky new reality television series on the Bravo television network that features a cast of London’s high society starlets, supermodels, and housewives who hail from the UK and America. Ladies of London exposes the secrets of London’s exclusive social scene, while delving into the personal lives of these high-profile women.

From tea parties to polo matches, Ladies of London takes us on a jolly good adventure through the dashing and daunting world of Great Britain. As the titillating show exhibits, with all the glitterings and glamour that come with life in London’s high society, there also comes a hefty amount of controversy, drama, and scandal.

An American Anglophile on the Ladies of London

One of the stars of Ladies of London is a charming American woman named Marissa Hermer.

Growing up in sunny Newport Beach, California, Marissa Hermer always had her sights set on global travel, grand experiences, and professional success. With her infectious laugh, bubbling personality, hard-working ethic, and Claudia Schiffer good looks, it was evident at an early age that Marissa Hermer was more than a laid-back California girl – she was a force to be reckoned with. 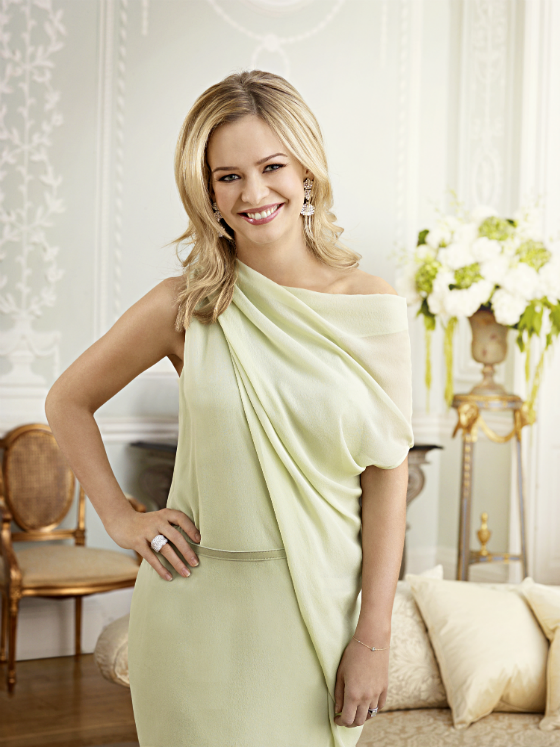 Having spent her formative years at Santa Catalina, an all-girls Catholic high school in Monterey, California and attended Middlebury College in Vermont, Marissa was armed with a quality education and the drive to become successful. After college, she moved to London to kick-off a career in public relations. Soon after, she ventured into the bustling empire of New York City.

She worked ‘for fashion luxury powerhouse Nadine Johnson and later Syndicate Media Group and helped Ian Schrager launch a number of fashion, luxury restaurants and nightclub brands. While in New York, Marissa reconnected with London nightclub owner and restaurateur Matt Hermer and shortly thereafter, moved back to London in 2008. She married Matt in 2010 and together they have two sons. Marissa uses her own luxury public relations expertise to grow the family business, the Ignite Group, a food, beverage and entertainment business that operates in London and internationally.’ [Bravo]

Having navigated the cut-throat world of New York’s social scene and the exclusive high society realms of London, Marissa learned how to network for success, make dreams come true, and have a good time doing all of it. Here she shares her secrets to balancing a successful career with a personal life, how to entertain in style, and how to elegantly enter high society (while still keeping your wits about you). 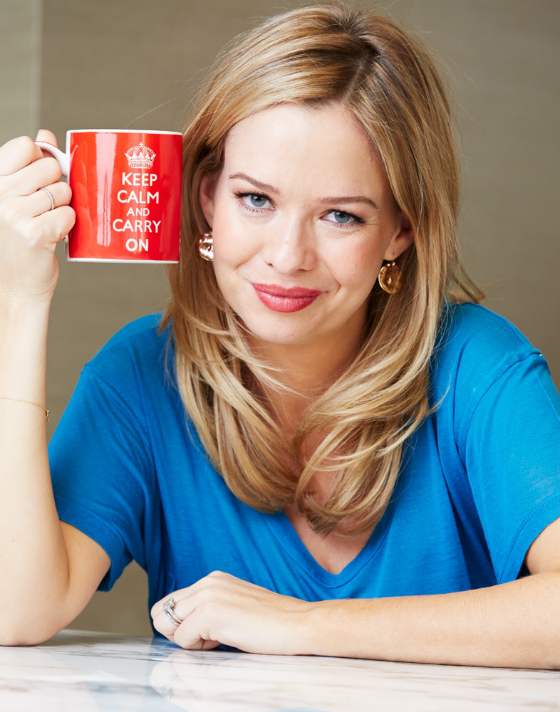 CL: How do you balance your busy life (work, family, social)?

MH: “I’m very protective with my schedule. I dedicate either the morning or afternoon with our children. The other half of the day is work but my email gets switched off at 5.30PM so that I have dinner, bath time and bedtime with the kids without any interruptions. The rest of the evening is dedicated for my husband.  I am lucky as I work with my husband, so we often have meetings during the day or we work on our new restaurant concepts and/or looking at a new sites. Working with your husband is sort of like being in a class with the boy you have a crush on, it just makes it more fun!”

CL: What are your favorite types of parties to host and/or attend?

MH: “I can’t possibly choose a favourite!  I love them all!  Any excuse for a party is good enough for me.  I love hosting intimate dinner parties at home, I host several a year,  ALWAYS with a theme of course! Or massive beach parties in Ibiza. I’m currently planning the Boujis Ibiza beach party for the last weekend in August.”

CL: What are some of your best entertaining tips for women who want to throw a fabulous bash?

MH: “It’s okay to be brave with your guest list. I like to invite a circus of friends; new friends, old friends,  mix it up.”

CL: How did you get involved with Bravo’s Ladies of London reality television show?

MH: “A couple years ago, my friend and fellow Lady of London cast mate, Noelle Reno, introduced me to the producers.  I debated going on the show for over a year. It sounded like a fun adventure (and it has been!) but I was concerned about opening up my private life to the world.  At the end, our own desire for adventure won and the rest is history.”

CL: Describe the dynamics of the Ladies of London cast, and your relationships with the other ladies.

MH: “As with any group of friends, sometimes some friends get along better with others and we are no different. Also, friendships grow and change over the course of the summer. We have changed since we filmed as well. We are all social and ambitious women and certainly drama unfolds along the way. We also all love to have a good time so it’s my job to make sure there are enough Watermelon Martinis for everyone to kick up their heels and have a boogie.”

CL: Share your favorite experiences (to date) that happened while filming Ladies of London.

MH: “We spent a weekend at Lady Julie Montagu’s estate, Mapperton where Julie’s in-laws the Earl of Sandwich and Lady Sandwich live.  Julie treated us to a weekend of shooting clay pigeons, croquet and quintessential British games which I loved!” 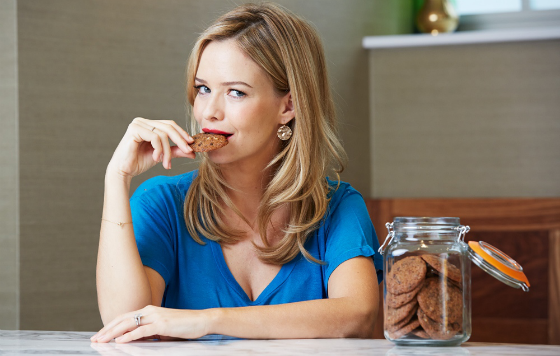 CL: Since you’ve lived in California, New York, and London, how would you say the social scene differs in each area?

MH: “I grew up in Laguna Beach and Newport Beach and spent my childhood on the beach.  My social life really revolved around boogie boarding and bonfires. It is a very casual easy lifestyle which I love and feel very lucky to be able to go back and visit.

New York is much more social than California. There is a social whirl in NYC and as Manhattan is so small, you can go to several different events in a night and then onto a nightcap or a nightclub.

London seems much more civilized to me – maybe it is because I’m not nightclubbing every night (as I did in NYC) and because it is where I became a wife and a mother. I lead and live a different life in London. There are fewer social events in London but everyone goes to them. The Serpentine Summer Party is the biggest one every summer and we sponsor it so our Eclipse Bars staff sets up bars and makes fresh watermelon martinis for all the celebrity guests.”

CL: With celebrities (like Kate Moss and Kate Middleton) being exalted for their influence on global fashion, how would you describe London style? How has it influenced your personal style, now that you’ve been living there for several years?

MH: “I’ve fallen in love with Britain partly because it is where I met my husband and where we are building our family. I really love most things about London but especially the fashion.  British designers aren’t afraid to take risks with colour and punch and I’m definitely an Anglophile in my fashion choices as most of my favourite designers are British. Though I’m a mother during the day, I mostly wear casual t-shirts, jeans anything that can go from the playground to a site visit to one of our restaurants kitchens at night. I love to dazzle on the Boujis dance floor so I wear my British designer favourites – Peter Pilotto, Mary Kantrantzou, Erdem, Matthew Williamson, Temperley and Alexander McQueen.”

CL: What are some of the aspects about living in London that you enjoy?

MH: “London is such a walkable city. Where we live, we are able to walk to all of our bars, restaurants and nightclubs, but also to Hyde Park and Battersea Park. On the weekends, there are great local farmers markets that are set up right outside our front door. So even though London is a cosmopolitan international city, the walkability and close proximity of everything makes it feel like it is our little community.”

CL: Tell us about some of the exciting new projects you’re working on.

MH: “We’ve just had our second son so while we are navigating the newborn nights again, we are also in the midst of planning a new restaurant concept which is based on my American background that will open in a few months in London and Europe. We are also looking at new sites for Bumpkin, our British restaurant in London and for Eclipse internationally. I’m also starting to write a cookbook all about my favourite British food.”

With everything that Marissa Hermer has going on her busy schedule (including filming the Ladies of London), her apparent motto for staying happy, balanced, and in control of it all is: ‘Keep calm and carry on’.

If the elite world of high society, haute couture, and jet-setting excursions captivates you, then you’ll definitely love the Ladies of London, which airs Mondays at 10/9c on Bravo.