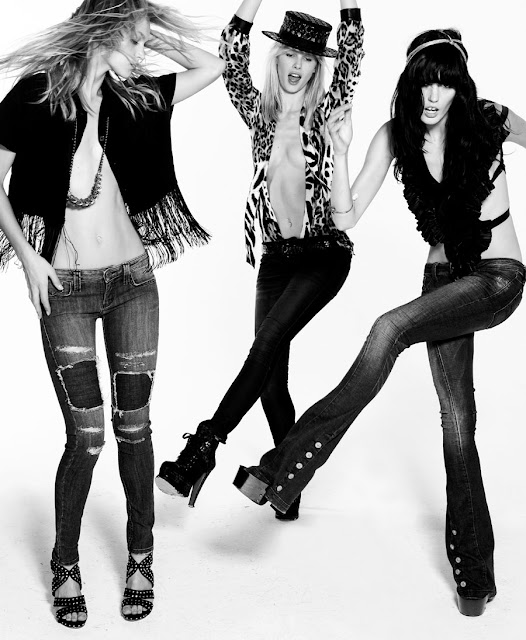 Living the glamorous life of a rockstar’s wife (she’s married to former Guns ‘N Roses guitarist, Gilby Clarke), the stylish fashion designer and founder of Frankie B., Daniella Clarke, first started out re-designing clothing to fit her sexy, edgy style. While on tour with her husband, people kept asking her about her eye-catching, one-of-a-kind jeans, which ultimately lead to the creation of the Frankie B. line. 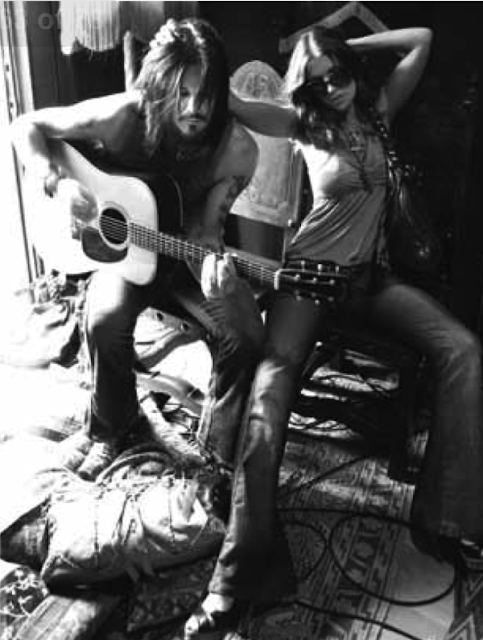 Since launching her own apparel company in 1999, Daniella has grown the Frankie B. line into an award-winning lifestyle brand that includes tops, bottoms, dresses, eyewear and activewear, and is available at department stores and specialty boutiques worldwide. Her rocker chic apparel is frequently seen worn by A-list celebrities, Grammy-winning singers, and leading Hollywood actresses; including Sienna Miller, Charlize Theron, Mischa Barton, Eva Longoria, Fergie and many others. Daniella and Frankie B. were awarded the MAFI Fashion Innovator of the Year award in 2004 for contributions to the fashion industry; and three years later, Daniella was honored with a Media Award from Y-ME National Breast Cancer Organization for her support and dedication to the charity. 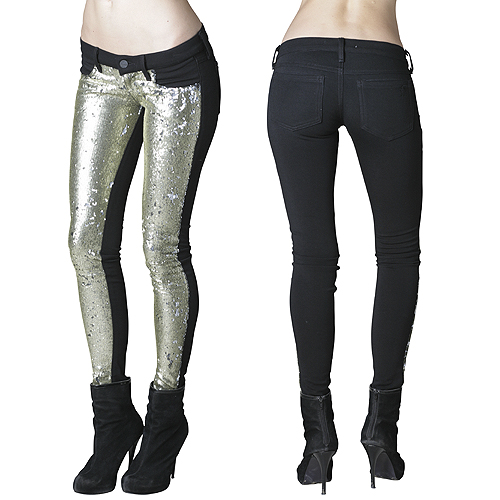 In this exclusive interview, Daniella shares her inspiration for her cool new Fall 2012 Collection, as well as her views on personal style and thoughts about fashion.

CLP: Tell me about your new fall collection.

DC: Fall 2012 is Rocker chic! I was very influenced by my own culture and lifestyle. Some of my faves are the Hollywood jean which looks like your wearing leather thigh highs and the Stardust leggings for a little evening sparkle. In general the line retails at approx. $129 for basic skinny’s to $350 for tricked out jeans like the Hollywood leather jean. Kitson and REVOLVEClothing have a great selection of Frankie B.

CLP: The Frankie B. collection evokes a 1970’s rocker chic, sex appeal. When designing a new collection for each season, how do you stay true to your brand’s distinctive look while still keeping the pieces current and in style?

DC: Hmm… That’s a great question! It’s true I’m heavily influenced by the Glam Rock, Glitter rock of the 70’s but I always try to add a little modern edge. I never like anything that’s too literal or it would just look dated! 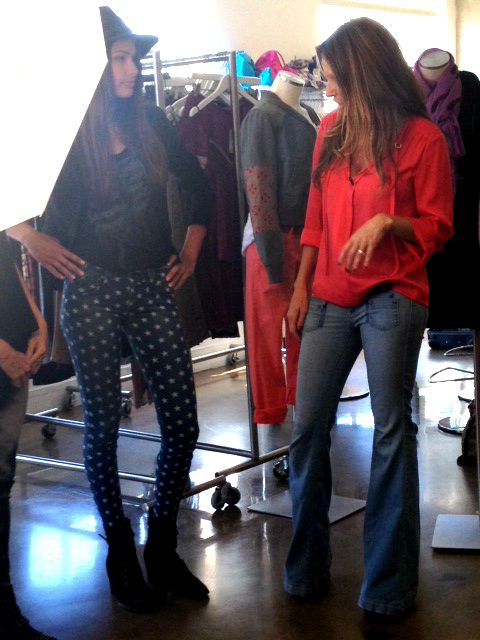 {Daniella Clarke with a model in Frankie B. Jeans}

CLP: What or who influences your design esthetic and/or personal style?

CLP: How would you describe your personal style in 3 words?

DC: Really! Only three words?? I can’t! I think I’m a bit of Keith Richards with a touch of casual glam!

CLP: What inspires you on a daily basis?

DC: I’m addicted to all things fashion! I love magazines like French and British Vogue. I also love vintage magazines from the 70’s. One of my biggest influences is music and musicians. I really admire the sense of freedom they project in their own personal style. There’s a saying in Hebrew that my mom always says to me when we are shopping together, which translates into ‘there’s no end to beauty’. I’m a great lover of beauty whether it be women, flowers, clothes or nature. I find myself wondering off into lala land when ever I see something that I consider beautiful. I stare!

CLP: You’ve lived in Israel and South Africa, and are now based in Southern California. How do you think Los Angeles or California fashion/style differs from anywhere else?

DC: The great thing about California is the weather. It really lends itself to this casual chic style that you see here.

CLP: Is there anything else you want to share with the readers?

DC: Frankie B. is my daughter’s name. She’s a beautiful eighteen year old guitar player that inspires everything I do. 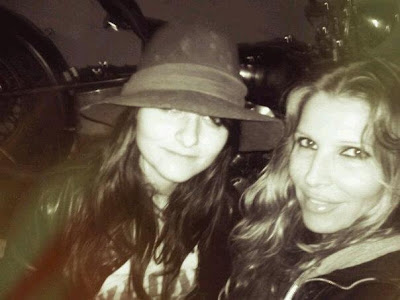 {Daniella Clarke & Her Daughter, Frankie B.}

For all the (Southern California-based) Frankie B. fans out there, you have an opportunity to meet the brand’s legendary designer in person. How exciting is that?! Daniella Clarke and Frankie B. are hosting a Trunk Show in Los Angeles on October 5th and 6th (see below for details). There will be cocktails, cupcakes, denim consultations with Daniella and a sneak preview of the spring collection. 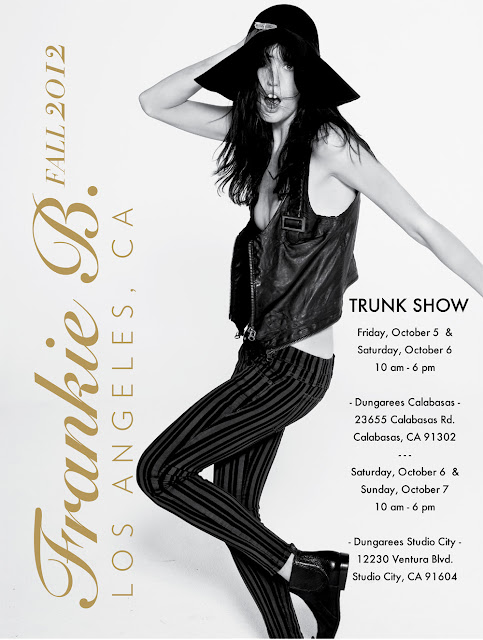