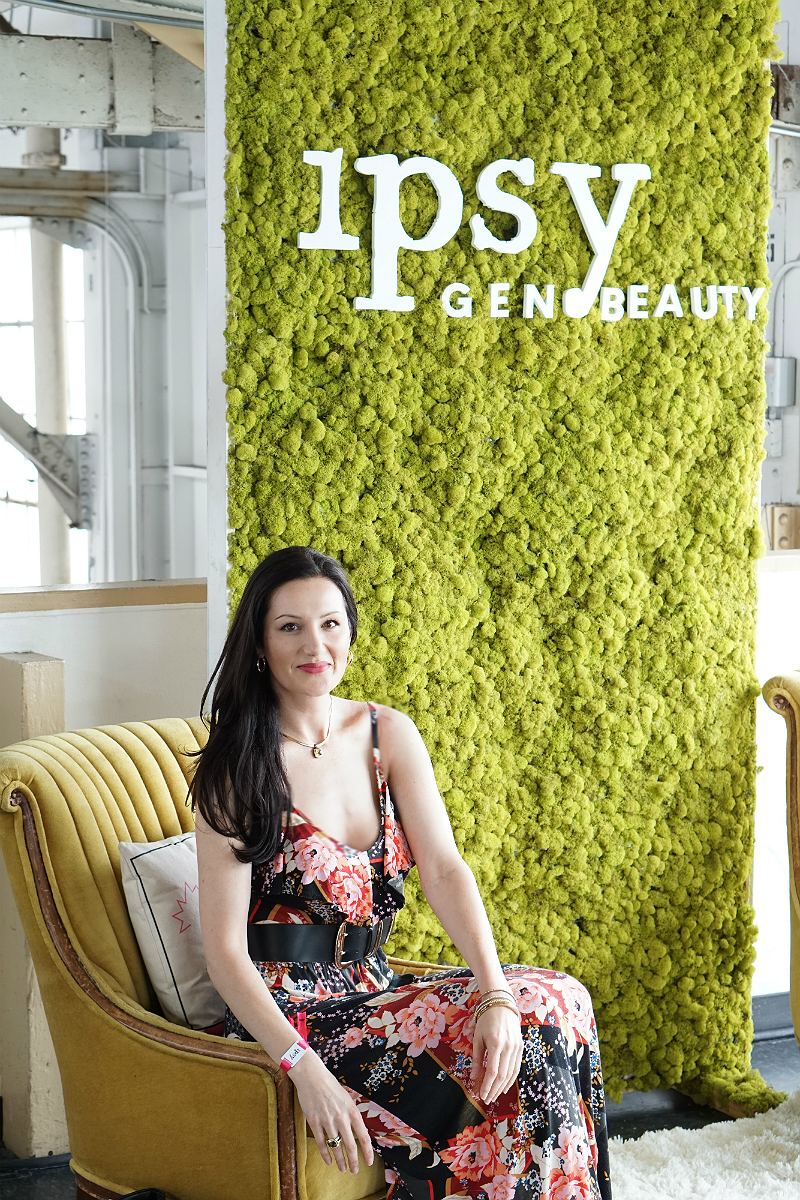 As a lifestyle expert, I’m often invited to partner with brands to cover live events, interview celebrities and industry leaders, and create engaging original content for Inspirations & Celebrations. From entertaining and party-planning tutorials to fashion, beauty, and food & wine events, here are a few examples of entertaining & event-based brand partnerships and sponsors that I&C has worked with. 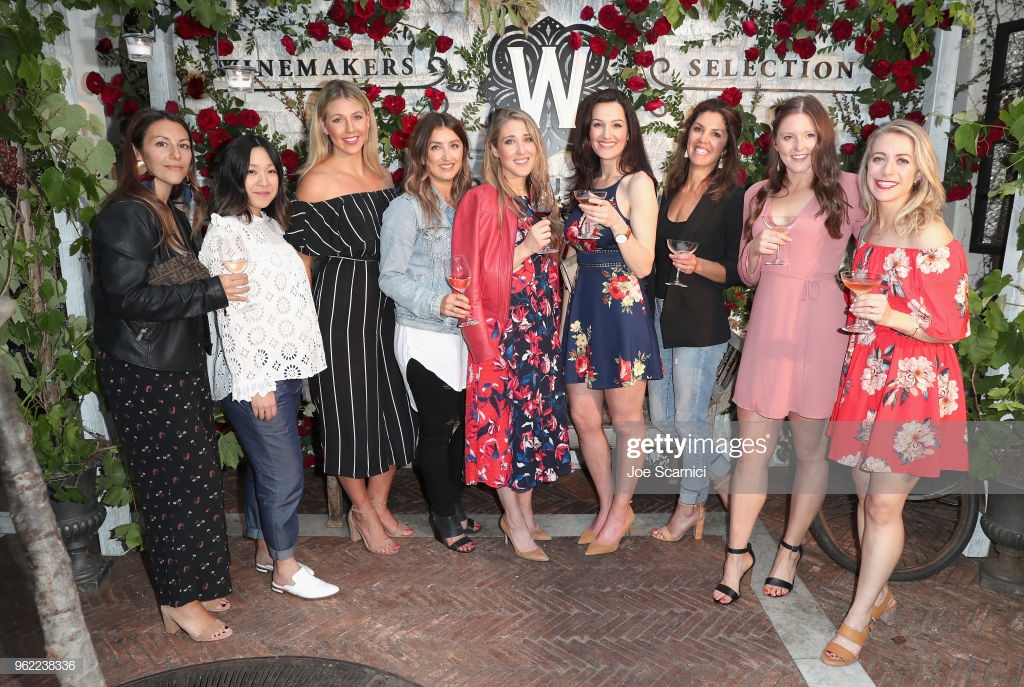 I was hired to partner with Walmart on the launch of their new brand of fine wines from around the world, Winemakers Selection. As part of the campaign, I traveled to Los Angeles to cover their exclusive VIP party at A.O.C. Wine Bar & Restaurant (and post photos/videos on Instagram stories that night). A few weeks later, I created an original entertaining tutorial inspired by a “South of France” themed party. The tutorial was shared on my Instagram and Facebook pages. The concept behind the campaign was to share inspiring ideas on how to elevate entertaining at home (in a budget-friendly way). It incorporated high-res photos and lifestyle videos. 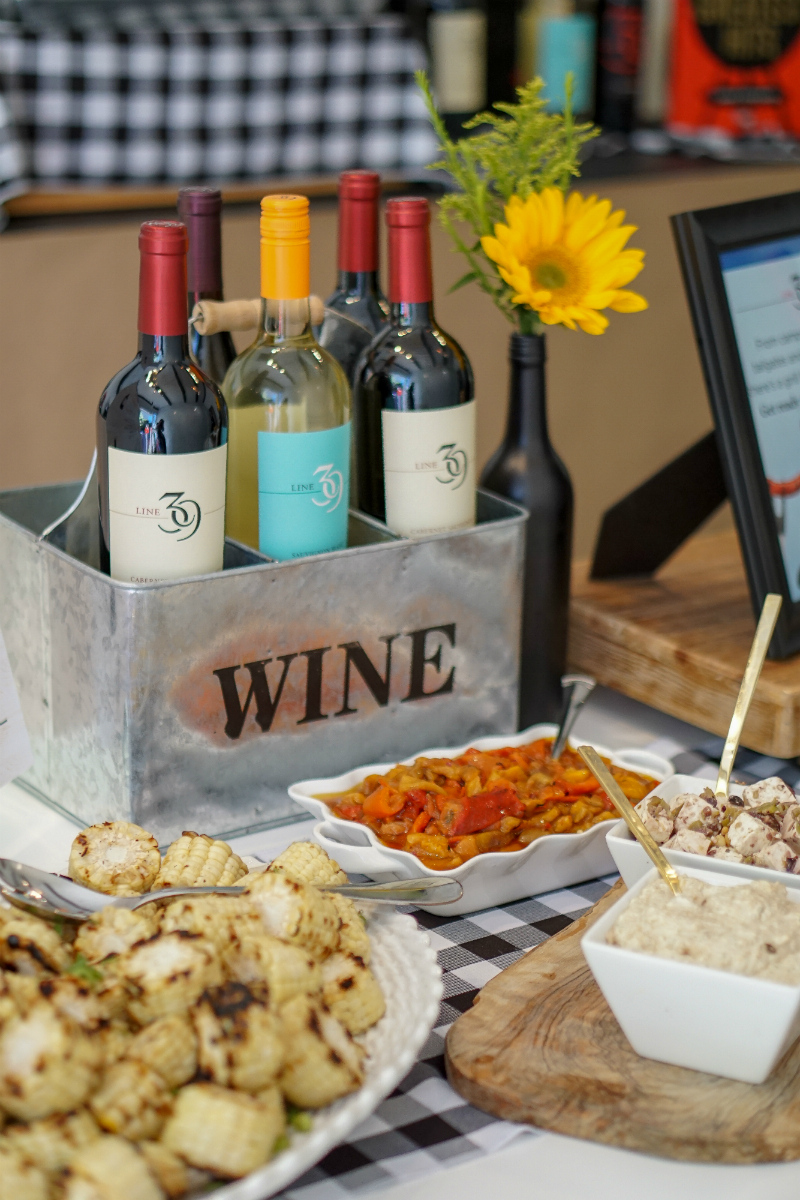 I was hired to partner with Line 39 Wines to promote their line of affordable California wines. As part of the campaign, I was hired to travel to San Francisco to cover their invite-only BBQ at a private event space (and post photos/videos on Instagram and Facebook that night). A few weeks later, I published an entertaining tutorial with party-planning ideas, grilling tips and food & wine pairing inspiration for a Summer BBQ. The post was promoted via social media to raise awareness about Line 39 Wines and Weber Grills. 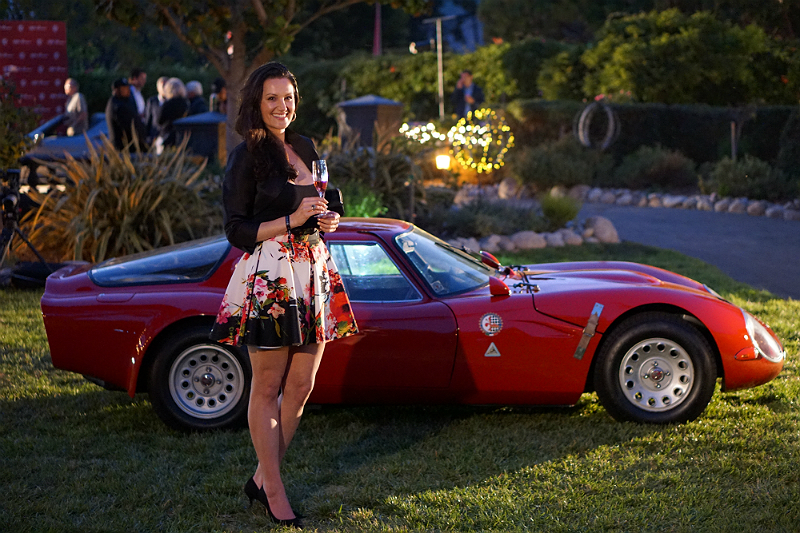 To celebrate Monterey Car Week, I was invited by Alfa Romeo and TEN: The Enthusiasts Network to cover their VIP Party hosted by Automobile Magazine at Folktale Vineyards in Carmel, California. The event coverage was published on Inspirations & Celebrations, and promoted via social media. It featured lifestyle photos, a video, and information about the event, the history of the brand, and notable public figures who were in attendance. The brand invited me again the following year to cover their event, which was highlighted in another Monterey Car Week article (linked here). 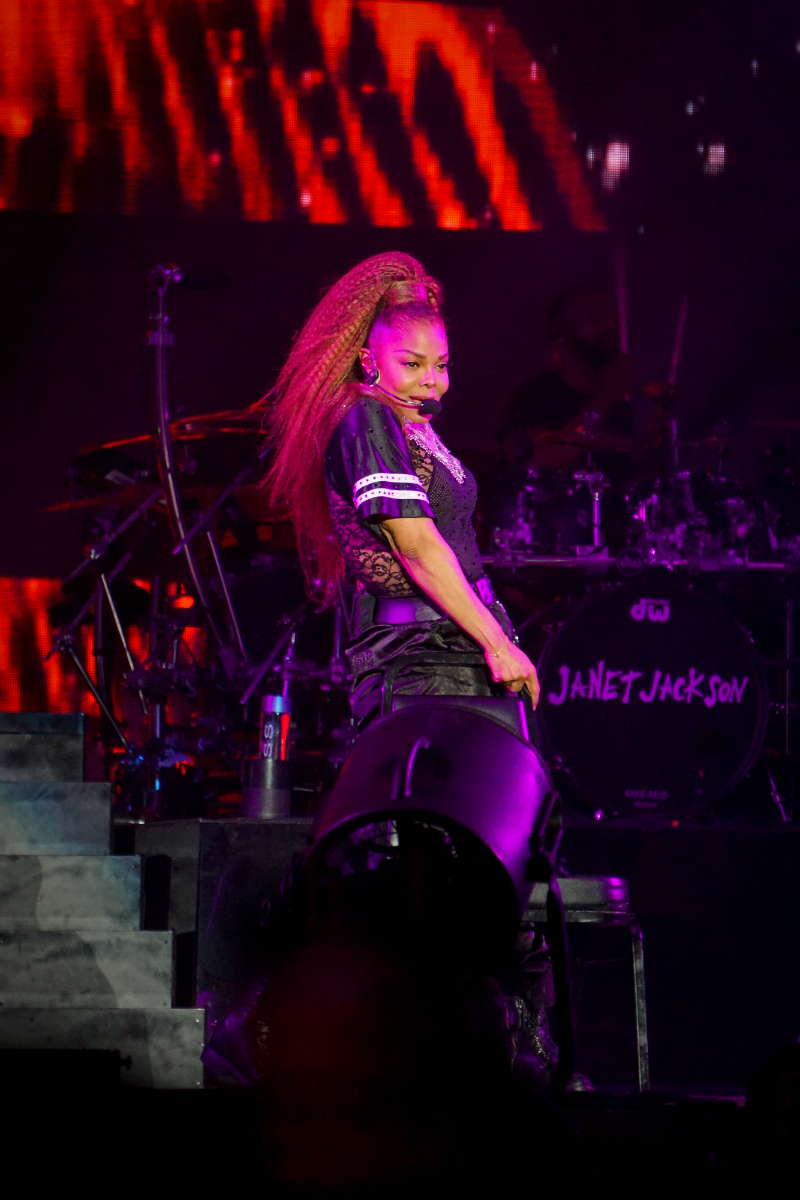 I was invited by Outside Lands Music & Arts Festival to cover their popular 3-day festival in Golden Gate Park in San Francisco. The event coverage was published on I&C, featuring photos of performances by Janet Jackson, The Weeknd, Chromeo, and other top acts. In addition, the article also highlighted festival fashion and eye-catching entertainment.

During September 2018, I was invited by multiple fashion designers (from Australia, Spain, Canada, Asia and the USA) to cover their invite-only SS19 fashion shows at New York Fashion Week. Throughout the week, I shared videos and photos on my social media. A few weeks later, I published a series of blog posts about NYFW and the style trends seen on the runways. The articles included quotes from public figures and celebrities I met at NYFW, including Miss USA 2018 Sarah Rose Summers. 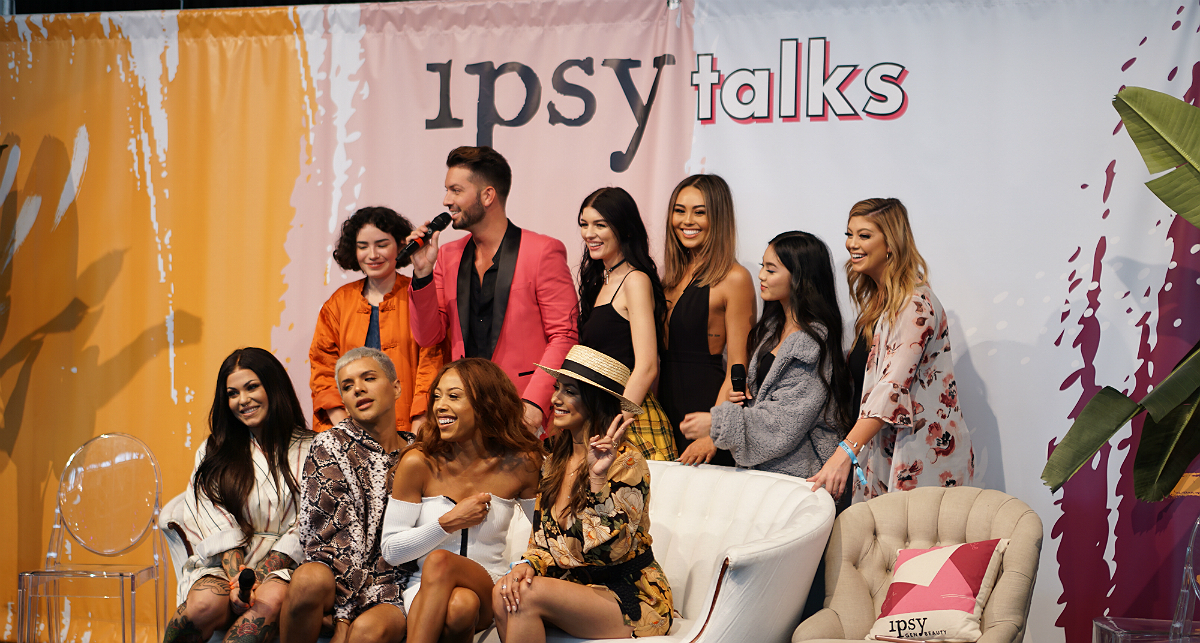 I was invited by ipsy to cover the GenBeauty Conference in San Francisco. In addition to an exclusive interview with beauty YouTuber Chloe Morello, my event coverage included photos and a video highlighting digital influencers, makeup demos, and more. 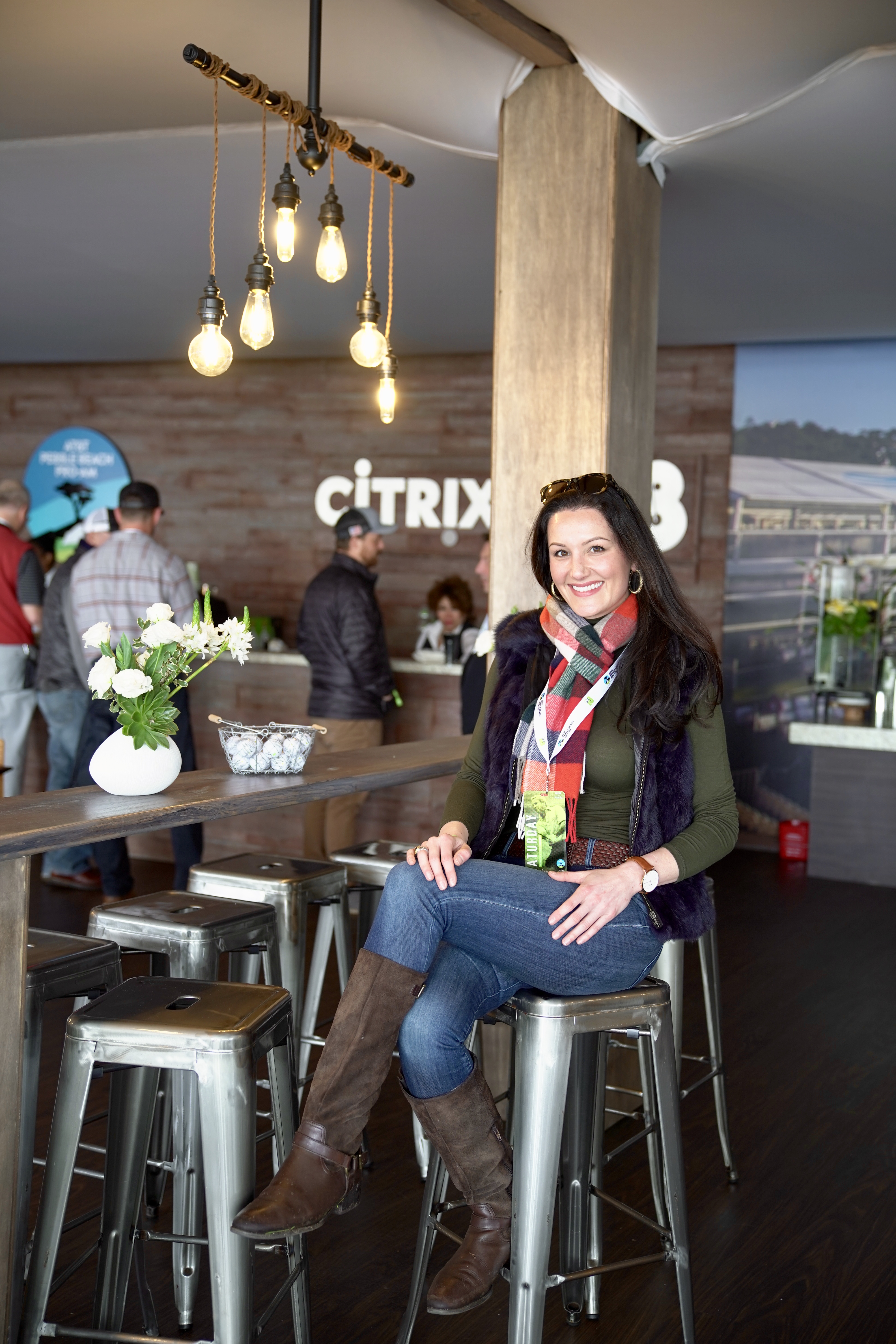 I was invited to collaborate with the AT&T Pebble Beach Pro-Am Golf Tournament as a digital influencer to cover the nationally-televised live celebrity golf tournament in Pebble Beach, California. The concept behind the campaign was to generate “FOMO” (fear of missing out) among fans and social media followers. I gave my online audience an exclusive behind-the-scenes tour of the VIP lounge known as the Palmer’s Club 18 presented by Citrix, overlooking the famed 18th fairway at Pebble Beach Golf Links. As part of this campaign, I shared photos and videos on social media showing celebrities & pro golfers in action on the course, as well as my meet-and-greets with public figures at the Beach & Tennis Club. 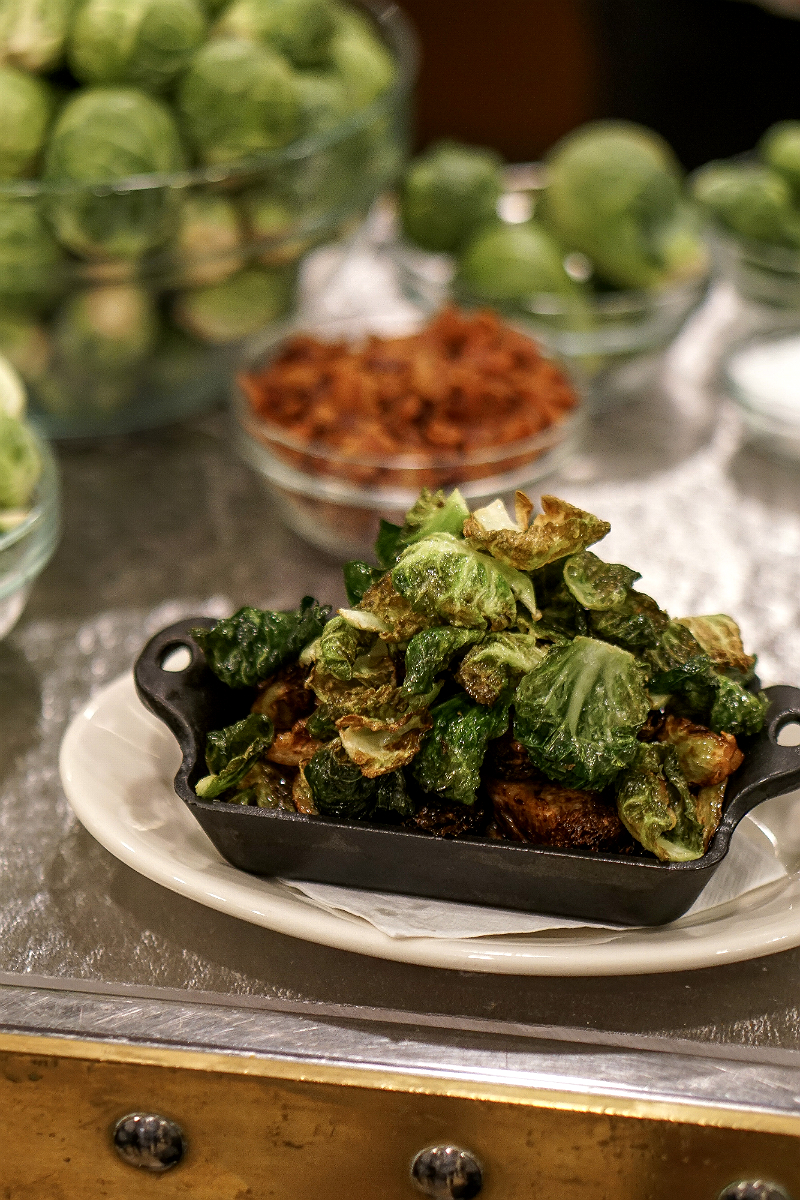 In celebration of their 40th Anniversary, I was hired by The Cheesecake Factory to educate I&C readers about their “made-fresh-from-scratch” menu, history, and product offerings. I traveled to Los Angeles to meet their Executive Chef and team at their Calabasas HQ, to give my audience an exclusive behind-the-scenes peek into TCF’s operations. This was a notable first for the brand, as they rarely allow any outsiders into their headquarters. We then traveled to their popular Santa Monica restaurant to sample everything from their new and seasonal menu. That day I posted photos & videos to my Instagram stories. A few weeks later, I published a blog post sharing the highlights of their restaurant chain and a peek at their tantalizing new menu. The post was also promoted on social media. 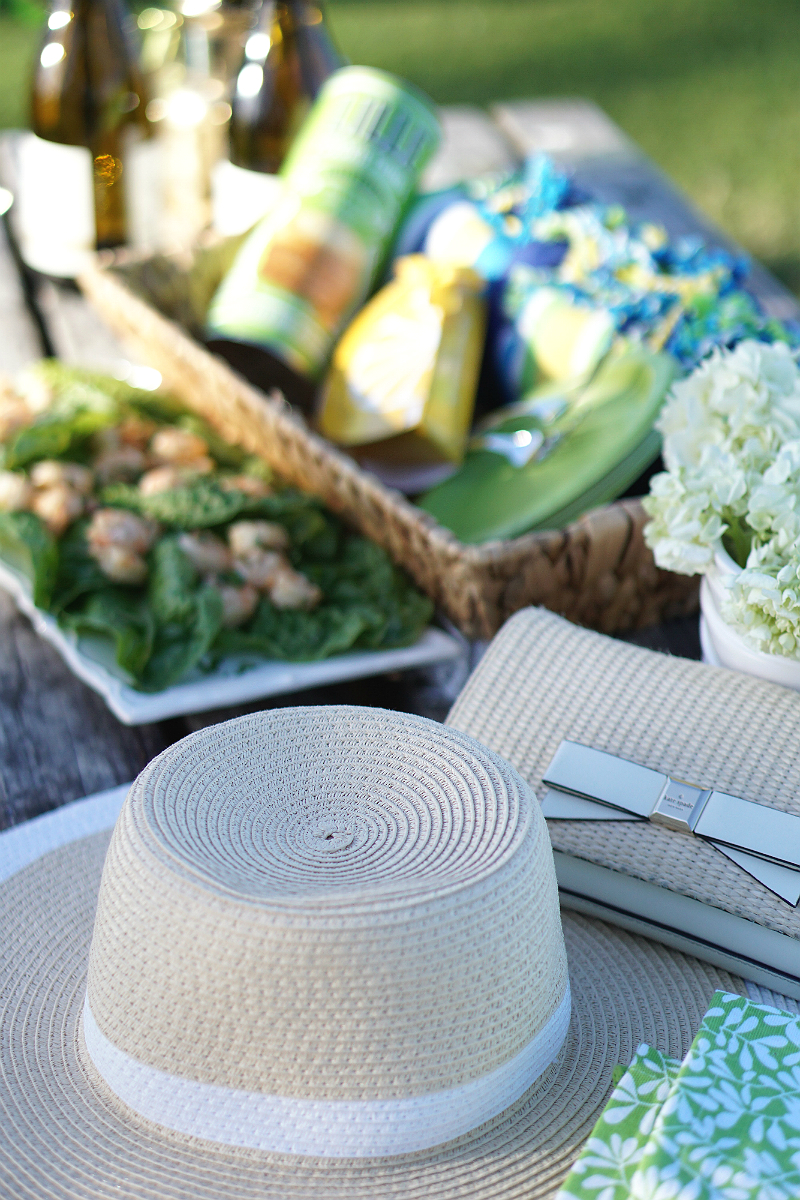 I was hired by Notable Wines to introduce the I&C audience to their line of chardonnay. The concept behind the Spring-themed entertaining tutorial was based on a  “Good Vibes Only” Happy Hour – sharing food & wine pairing tips, effortless entertaining ideas, and colorful inspiration for a festive picnic in the park. 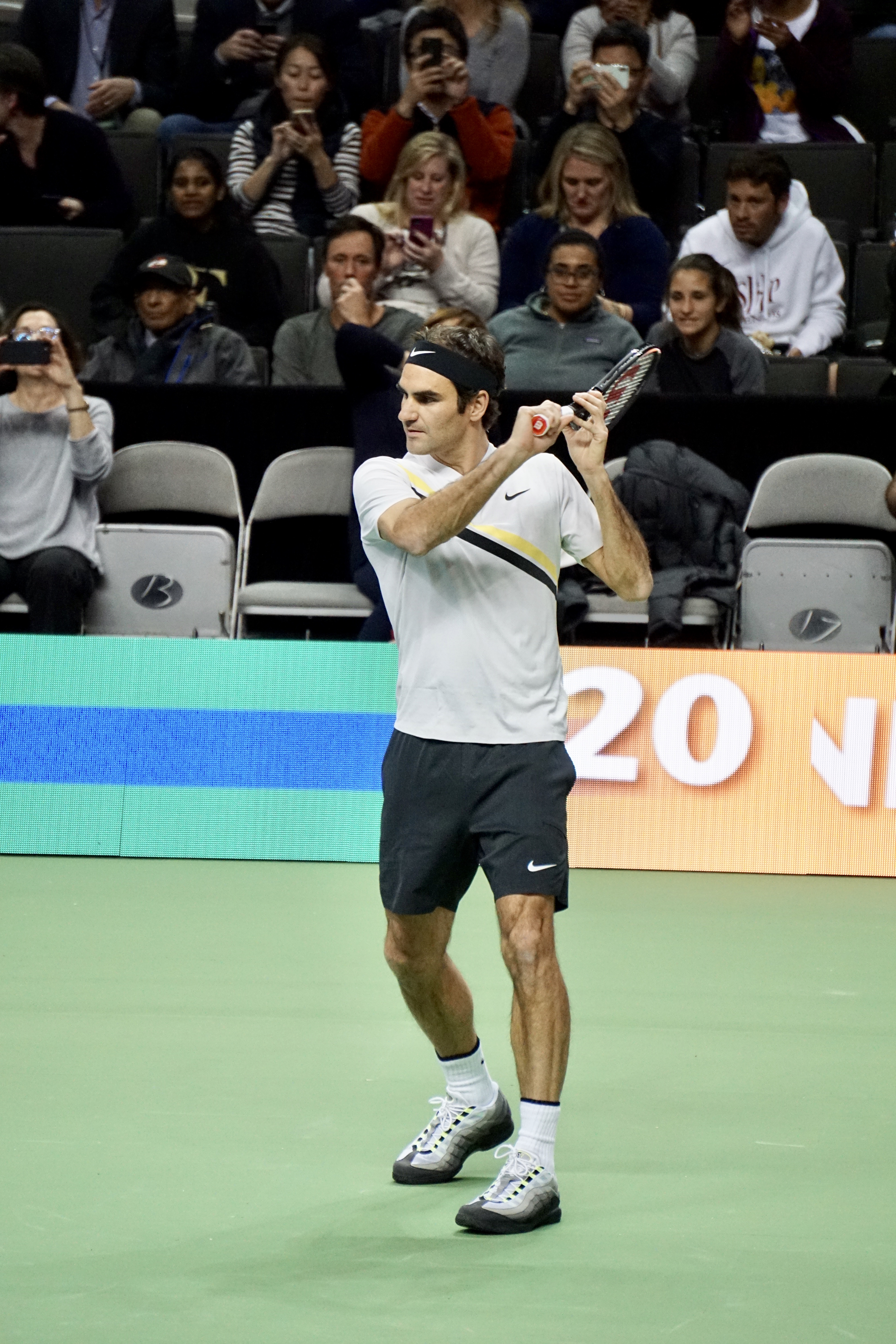 I was hired by Barilla to cover their live event in San Jose, California – “The match for Africa 5 Silicon Valley” presented by Barilla. This exciting event featured a tennis match between legendary tennis champion Roger Federer paired with Microsoft Founder Bill Gates, versus American tennis star Jack Sock, and NBC Today Show’s Savannah Guthrie. In addition to the tennis match, the event also included a VIP cooking demonstration by Chef Lorenzo Boni, Executive Chef of Barilla America. I traveled to the SAP Center to cover the event and share my coverage (photos and videos) on social media that night. I have also worked with Barilla on other campaigns, including a social media promotion sharing one of my recipe tutorials. 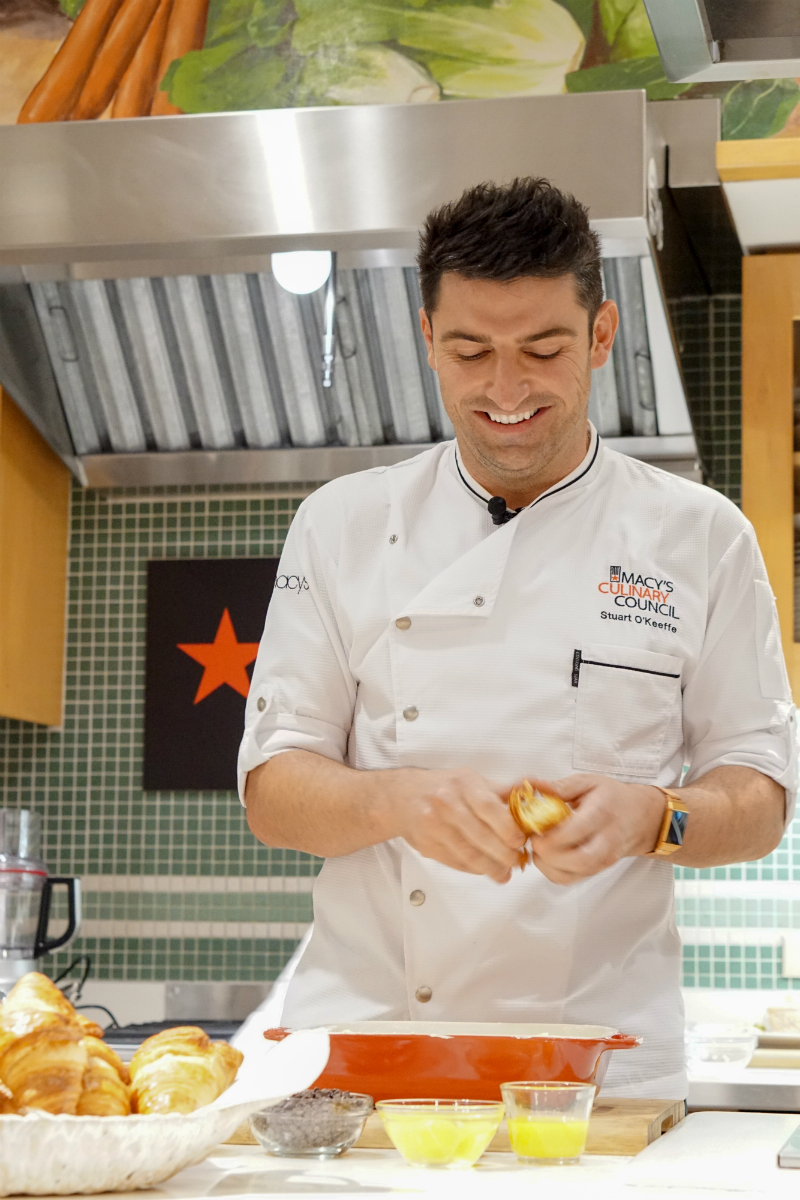 As a repeat client, I was hired by Macy’s Culinary Council to promote and cover their live cooking demonstration by celebrity Chef Stuart O’Keefe at Macy’s Union Square in San Francisco. Prior to the event, I published a pre-event promotion on I&C encouraging Bay Area readers to sign-up for the local event. I then traveled to SF to cover the event and share photos/videos on social media that evening. I have worked with Macy’s Culinary Council several times on similar campaigns, including live event coverage and pre-event promotions featuring Celebrity Chef Takashi, cocktail expert Ashley Rose Conway, pastry chef Dries Delanghe, and more. 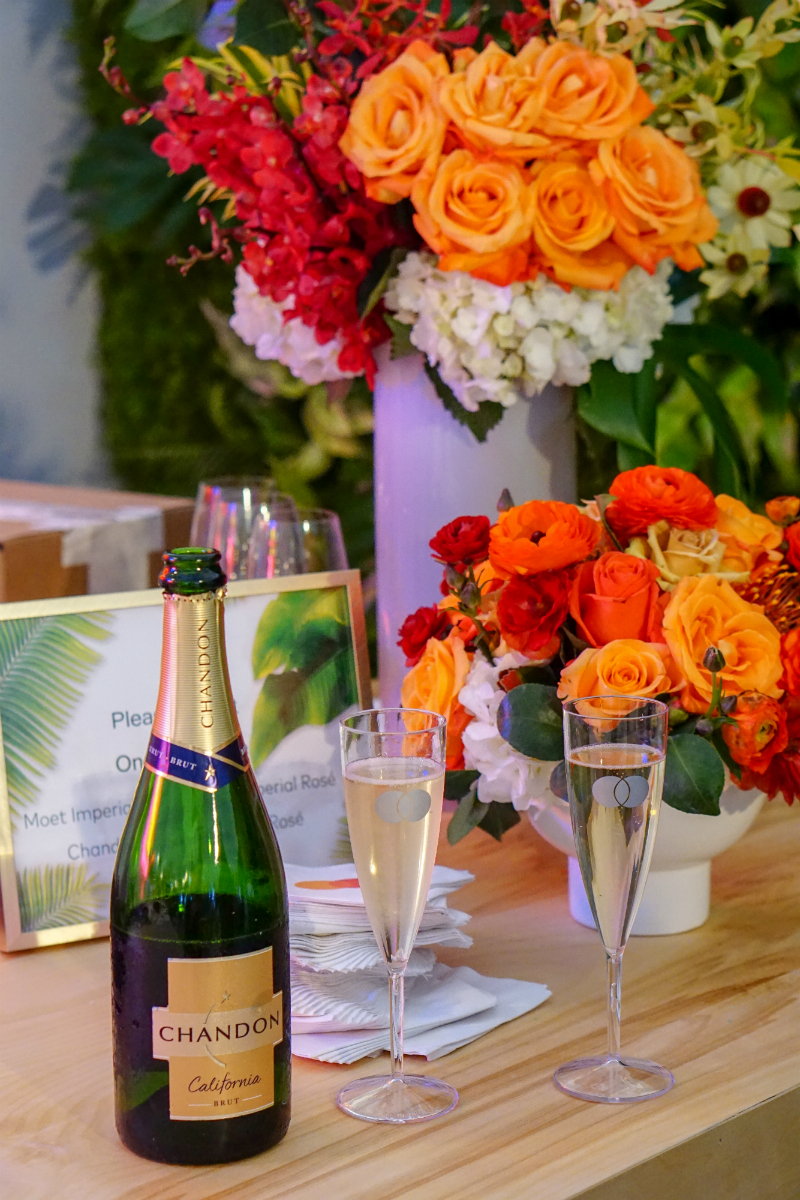 For several years, I’ve been invited to cover PBFW – which is one of the top food festivals in the USA. Based in Pebble Beach, California, this renowned 4-day festival features tastings from 250 wineries, live cooking demos by 100 celebrity chefs, and other exciting attractions. You can see previous years’ coverage of Pebble Beach Food & Wine on I&C.