From Pebble Beach Concours d’Elegance and the Rolex Monterey Motorsports Reunion to Cadillac and Bentley debuts, here are the Monterey Car Week highlights.

Once each year in August, 200 of the most prized collector cars in the world roll onto what is often called the best finishing hole in golf—the famed 18th fairway of Pebble Beach Golf Links. Tire meets turf and transformation occurs: the stage is set for one of the most competitive events in the automotive world.

Originally a small social event paired with a road race through the pine and cypress forests of Pebble Beach, the Pebble Beach Concours d’Elegance has grown into the top-ranking collector car competition in the world.

The Concours is not a contest of speed, but of elegance. Automobiles and motorcycles are judged for their historical accuracy, their technical merit and their style—and the best garner reward and recognition. 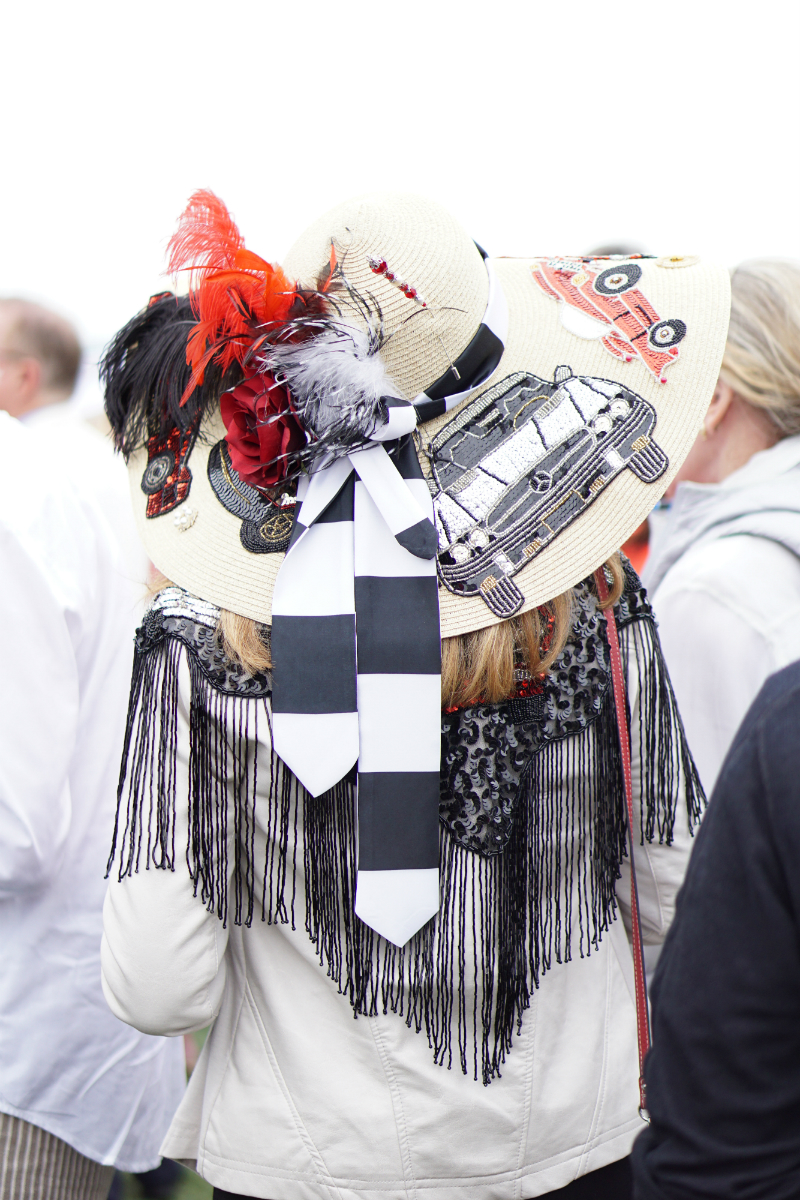 “This Lancia is a true combination of speed and style,” said Concours Chairman Sandra Button. “Pinin Farina took a fantastic car and added many spectacular attributes, including a power top, curved side glass windows and the unusual basket-woven trim. This car is sport and luxury embodied.

The Pebble Beach Concours competition drew 228 cars from 16 countries and 30 states to the 18th fairway of Pebble Beach Golf Links. It also raised over $1.75 million to help people in need. Through the Pebble Beach Company Foundation, the primary charitable partner of the Concours, these charitable funds will benefit over 80 local charities.
There were many strong contenders for Best of Show this year. Final nominees included a 1938 Delahaye 165 Figoni & Falaschi Cabriolet owned by the Robert M. Lee Automobile Collection and shown by Anne Brockinton Lee of Sparks, Nevada; and a 1931 Stutz DV-32 LeBaron Convertible Victoria owned by Joseph and Margie Cassini III of West Orange, New Jersey. 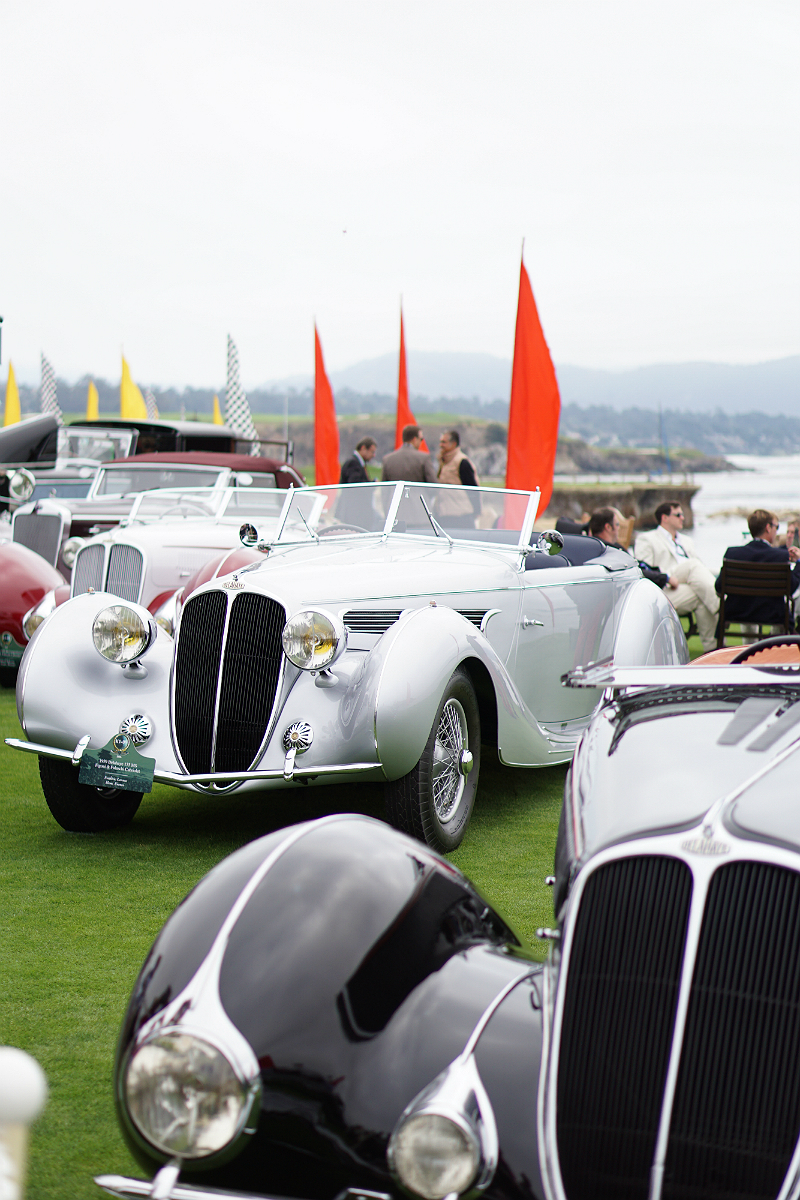 As stated by Forbes magazine, “In this awe-inspiring drive that traces portions of the famed 17-Mile Drive, hundreds of vintage cars traverse the roads and show off their impeccable elegance.”

While the Tour d’Elegance was re-routed this year (due to the Soberanes Fire, happening in the Big Sur region just 40 minutes south of the Monterey Peninsula), the event organizers were able to set-up a revised route during Monterey Car Week, enabling  “entrants the opportunity to take their cars out on the road, tracing the spectacularly scenic 17-Mile Drive through Pebble Beach,” said Sandra Button, Chairman of the Pebble Beach Concours d’Elegance with which the Tour is affiliated.

For spectators, being able to watch hundreds of exquisitely maintained classic cars drive throughout the area was a breathtaking sight to behold. Even though a couple cars stalled (which isn’t a surprise, given that some of these cars date back over 100 years), just watching these automobiles get into gear was worth waking up early for. 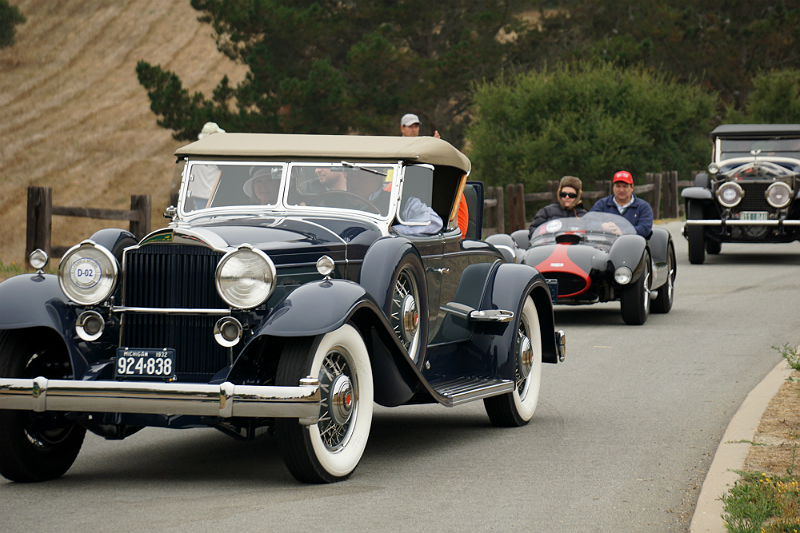 Pebble Beach Concert at the Concours presented by Infiniti

“INFINITI is excited to kick off the 2016 Pebble Beach Concours d’Elegance® weekend with a performance by OneRepublic,” said Allyson Witherspoon, INFINITI director of Marketing Communications and Media. “We’re honored to be part of such an inspirational weekend and to help support the local charities.” 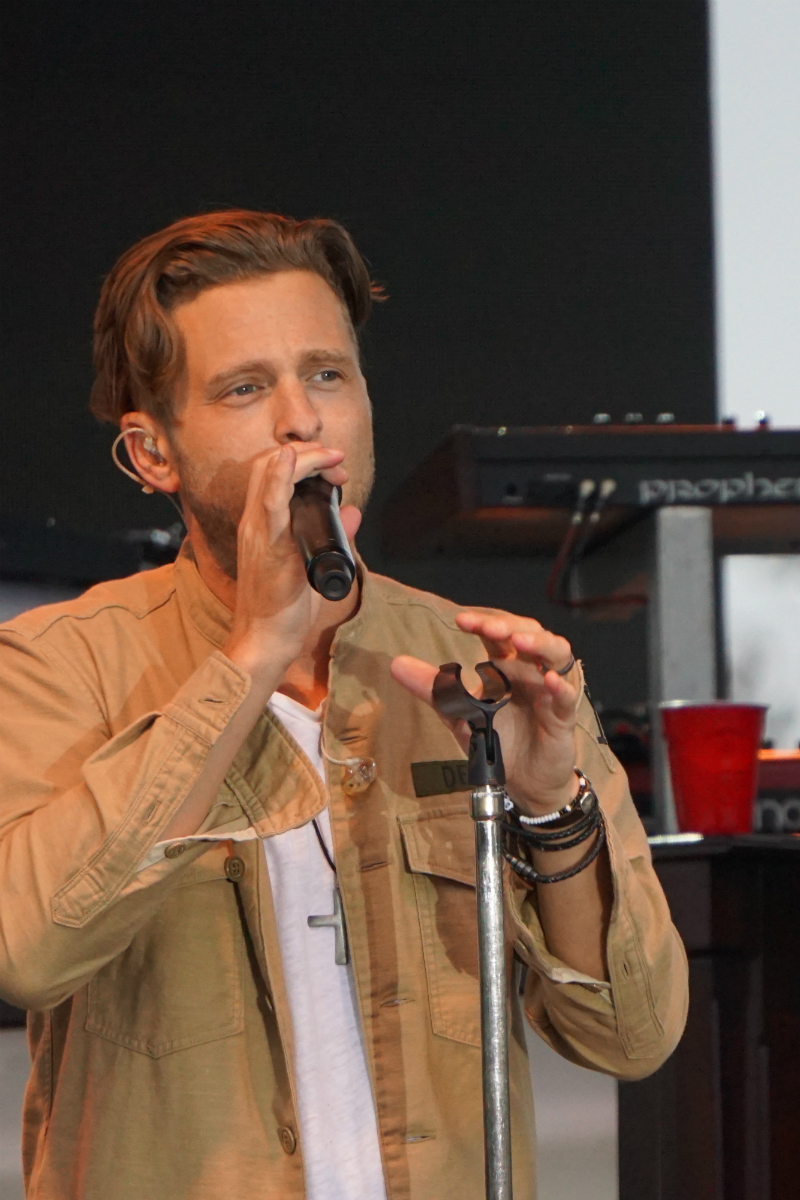 For four action-packed days, Mazda Raceway Laguna Seca hosted the finest collection of historic automobiles, gathered together for the Rolex Monterey Motorsports Reunion during Monterey Car Week. As the constant heartbeat of the Monterey Car Week extravaganza, the Reunion brought 550 vintage vehicles to life in their natural racing environment.

The Rolex Monterey Motorsports Reunion brought together 15 classes of cars from every era of motor racing history. The featured marque for 2016 was BMW as the German manufacturer celebrated its centenary. An impressive 64 BMWs entered the Reunion, from the 1937 BMW 328 to a 2001 BMW M3 GTR, all adding to this distinctive rolling motoring museum.

Celebrating automobiles from the early 1900s, and racing legends, such as Hurley Haywood and Dario Franchitti, the Rolex Monterey Motorsports Reunion features something and someone from every generation that has shaped motor racing history, as Gill Campbell, CEO of Mazda Raceway Laguna Seca attests: “The Reunion is the largest and most prestigious historic race in this country; what we really specialize in and focus on is the authenticity of the cars – they have to be prepared according to their original specifications, in their original livery and almost all the vehicles attending have real racing history.” 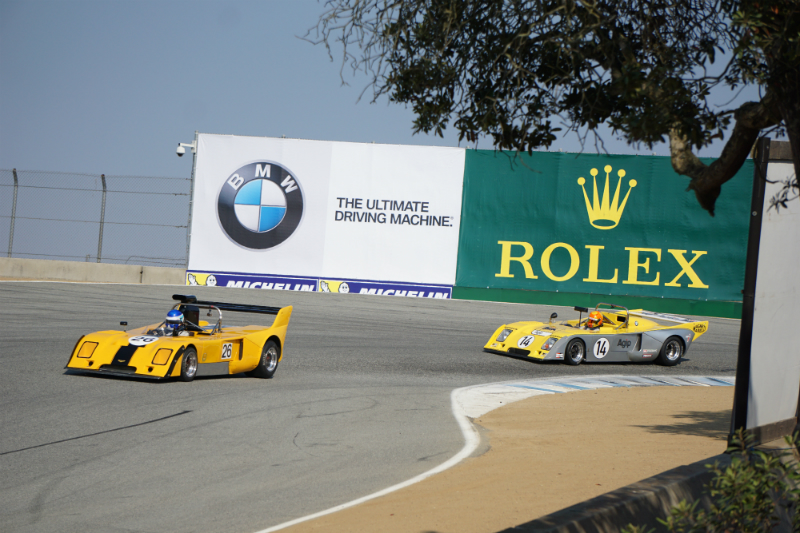 During this year’s Classic Car Forum, television host, comedian, and car collector Jay Leno (of Jay Leno’s Garage) teamed up with Donald Osborne (automobile appraiser) to present at the forum during Monterey Car Week. From discussing strategic approaches to automobile collecting to sharing future predictions as to which car brands will become investment-worthy in the future, the entertaining and lively forum not only educated attendees, it also got them chuckling on several occasions.

With his witty sense of humor and perfect timing, Jay Leno shared humorous tales about his car collection. In addition, he talked about his love of restoring classic cars, and how a personal story from the previous car owner can be compelling enough for him to buy the car. 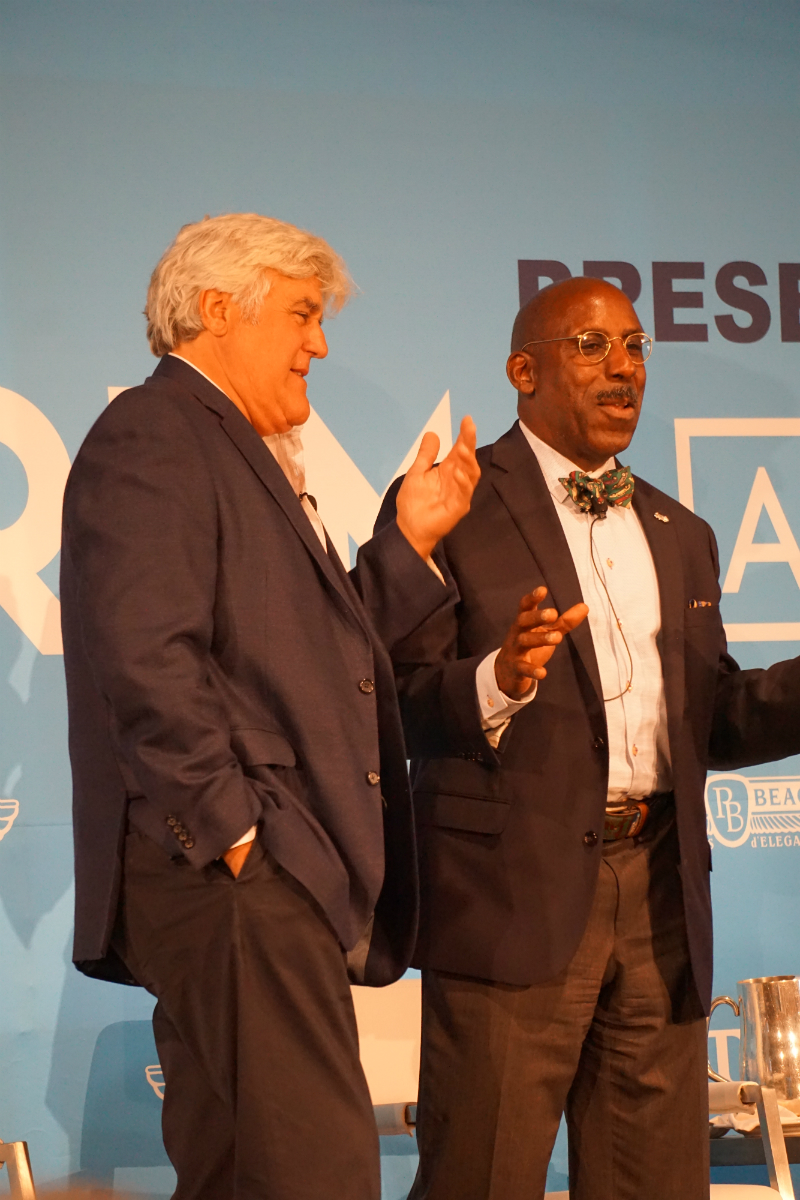 Hosted at a spectacular $14 million private estate overlooking the Monterey Bay, Cadillac created the ultimate environment to debut its brand new Escala concept car to a few hundred select guests. The Cadillac House VIP party offered the perfect setting for top Cadillac executives to share their vision for the future of the brand’s line of automobiles.

The Cadillac Escala exudes a sleek, modernized approach to automobile design. Acting as the foundation for the new ‘design ethos’ of the Cadillac line, the sophisticated brand gets a contemporary, tech-forward update with a luxurious look and feel. “From an aluminum-accented front cockpit to luxe wood-trimmed rear passenger seating, it’s unmistakably Cadillac in its bold design.”

While the Escala will never go into production, it will serve as “a point of transition in the design language for Cadillac,” Cadillac President Johan de Nysschen explained. “Over the next five years, we will drive the brand back to its rightful place at the pinnacle of premium.” 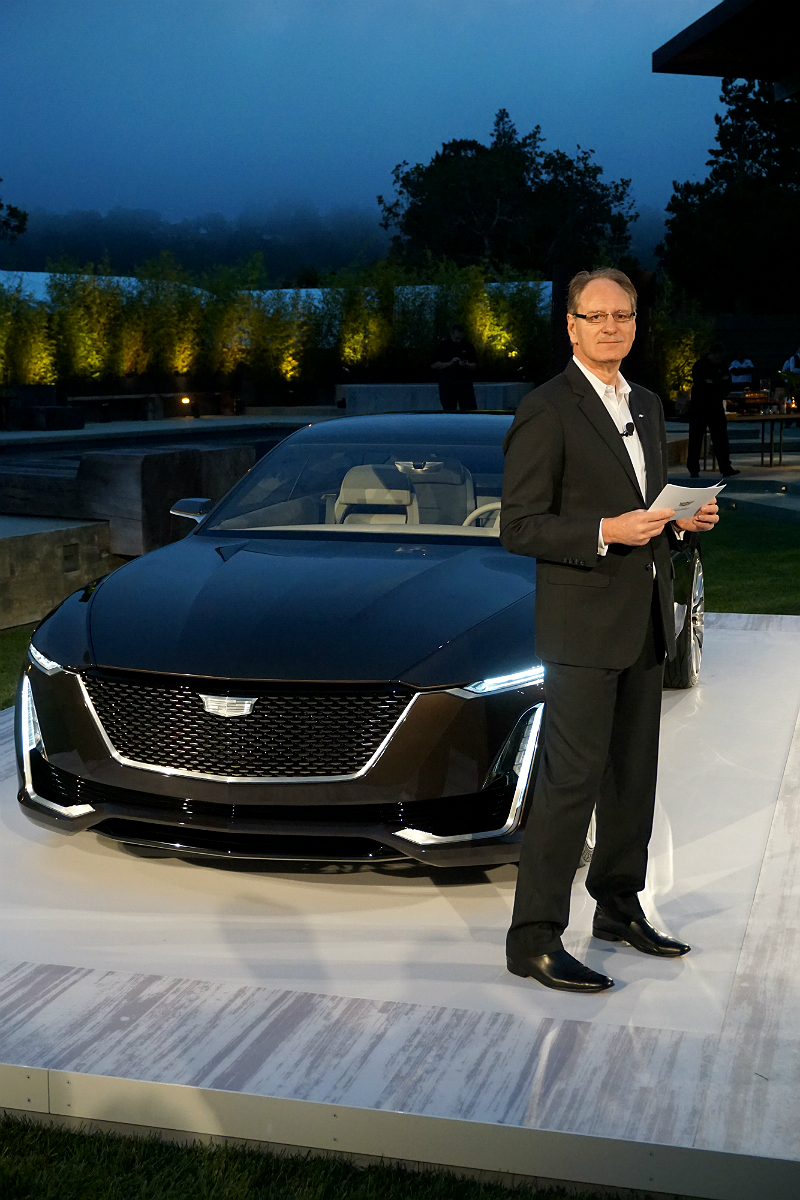 During Monterey Car Week, VIP guests and Bentley owners were invited to lounge and relax at the posh Bentley House in Pebble Beach. As Jeff Kuhlman, Chief Communications Officer for Bentley Motors, explains, “The house is transformed into a true Bentley statement for the weekend and offers our clients the opportunity to explore everything that Bentley has to offer. Here they can meet with Bentley representatives, and they can even commission a Bentley vehicle.”

In addition to enjoying refreshments and gourmet appetizers, guests were treated to test-drives and up-close encounters with the brand new Bentayga luxury SUV, which debuted during Monterey Car Week. For over 90 years, Bentley Motors has been regarded as one of the premiere ultra-luxury car brands in the world. But, up until now, they have only produced sedans and convertibles. To “expand their market and fill a void” in the line (as Kuhlman says), this is the company’s first SUV in the history of the brand.

While the average Bentley driver owns about 6 or 7 cars, having a luxury SUV in their fleet of vehicles makes sense. From adventurous excursions off-road to heading the country club with the family, the Bentayga is designed to offer a luxurious driving experience, while being practical for everyday life. Not to mention – the removable hamper system (which carries Champagne bottles and picnic ware) adds that extra panache that puts this luxury SUV above the competition. 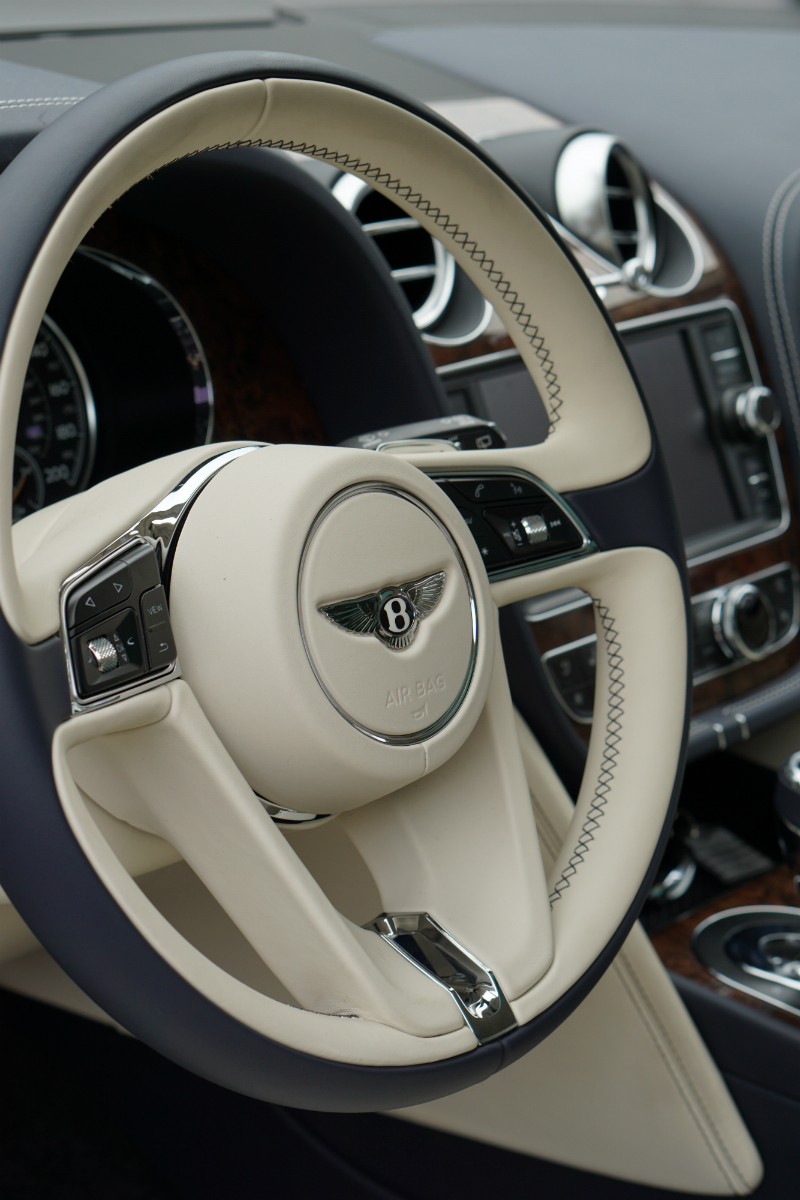 From rare Aston Martins and Lamborghinis to the über-exclusive Pagani, droves of auto enthusiasts came out during Monterey Car Week for Exotics on Cannery Row. The event enabled guests to get up-close to the world’s elite supercars and hypercars. This free annual event is open to the public, which is just one of the reasons it regularly draws thousands of attendees. 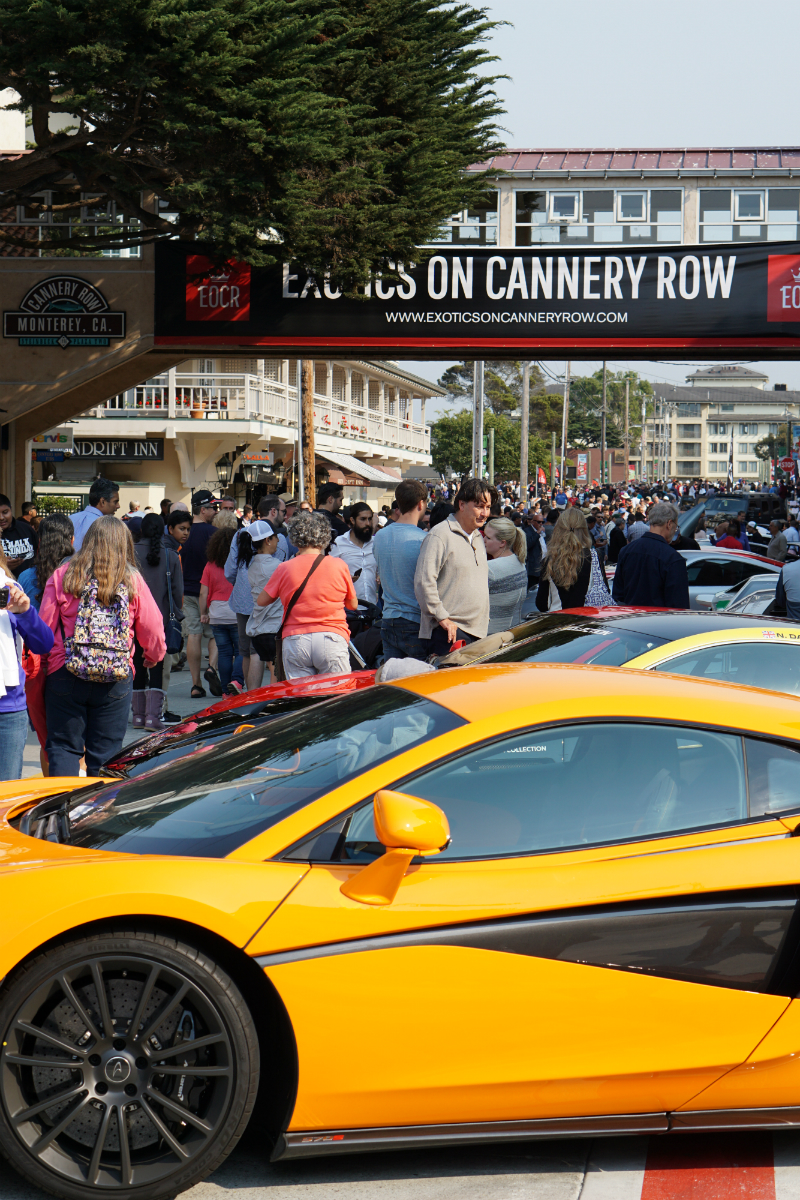