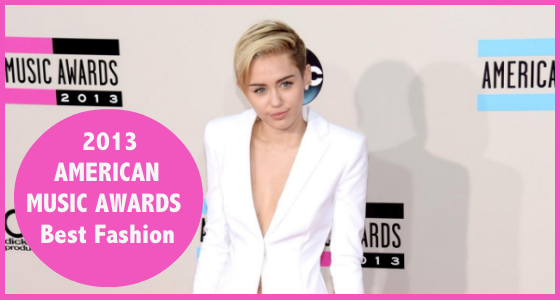 On Sunday, November 24th, the 2013 American Music Awards captured the world’s attention by honoring outstanding musical performers. One of the biggest attractions for the glamorous evening hosted by Dick Clark Productions was the red carpet, which showcased countless celebrities strutting their stuff as they arrived at the highly-anticipated AMAs. Featured here is some of the best fashion seen at the 2013 American Music Awards, with links to similar (more affordable) styles you can wear that resemble these fabulous red carpet celebrity looks. 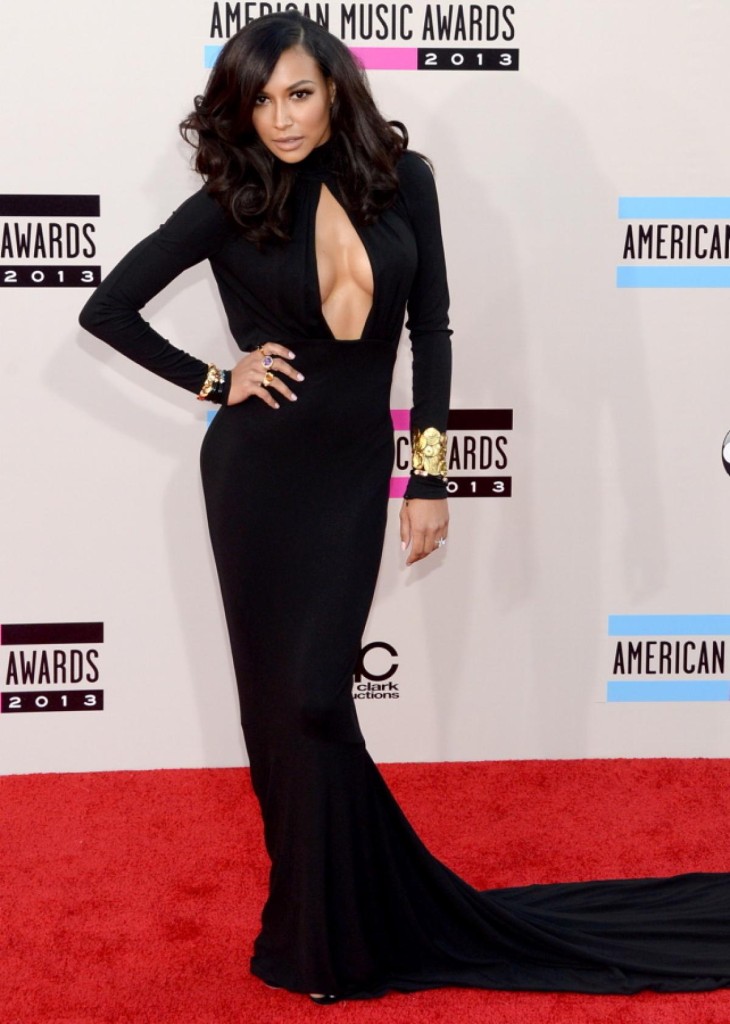 Naya Rivera pulled out all the stops in this head-turning, long sleeved black gown with sweeping train and dramatic cut-out detailing. Although her body was covered head-to-toe (aside from her super-sexy décolletage section), she was anything but matronly. The body-grazing fit of the mock-turtlenecked gown flaunted her fabulous figure, while the bold gold jewelry accented the stunning gown in a chic and dramatic manner. 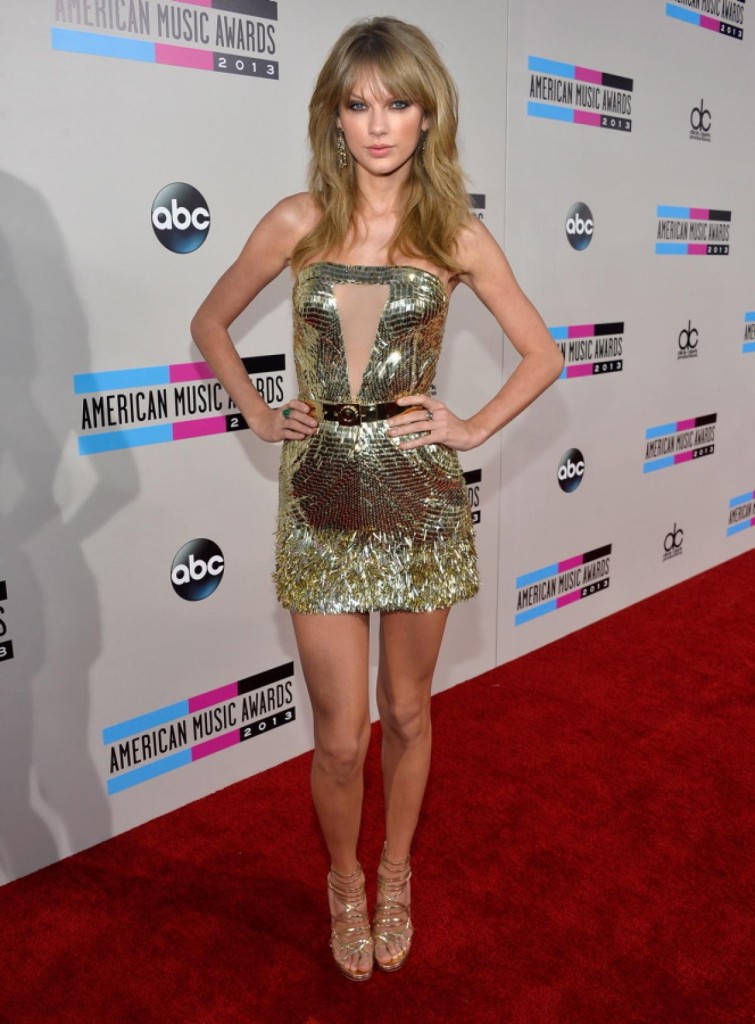 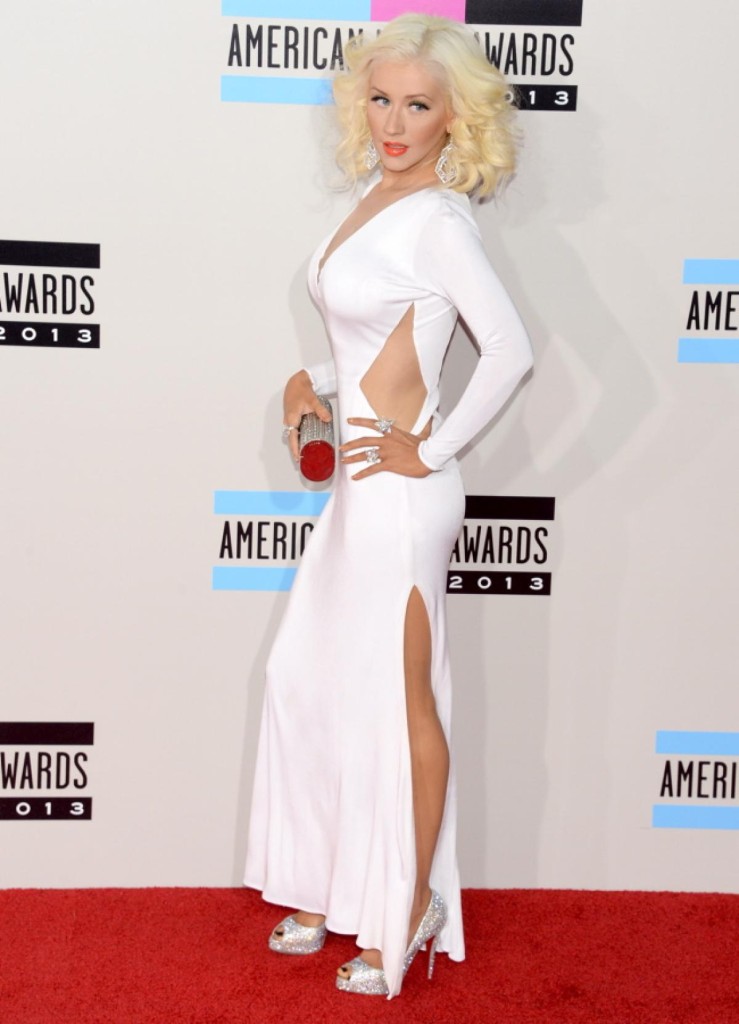 Over the past few months, we’ve witnessed Christina Aguilera’s physical transformation, and the AMAs were the perfect opportunity for her to show-off all her hard work. Looking as sensational as ever, Christina donned a white long-sleeved gown featuring a revealing thigh-high slit, side cut-outs, and deep v-neck. She kept things classic with retro waves, wing-tipped eyeliner, and fresh coral lips. For that extra bit of pizazz, she rocked sparkly peep-toe pumps and bedazzled diamond jewelry.

To show the world that real women have curves, Hillary Scott (of Lady Antebellum) showed off her curvy figure in a body-grazing black cocktail dress. The deep v-neckline and gorgeous beading embellishment highlighted her assets, while the bodycon silhouette of the dress flattered her shape. 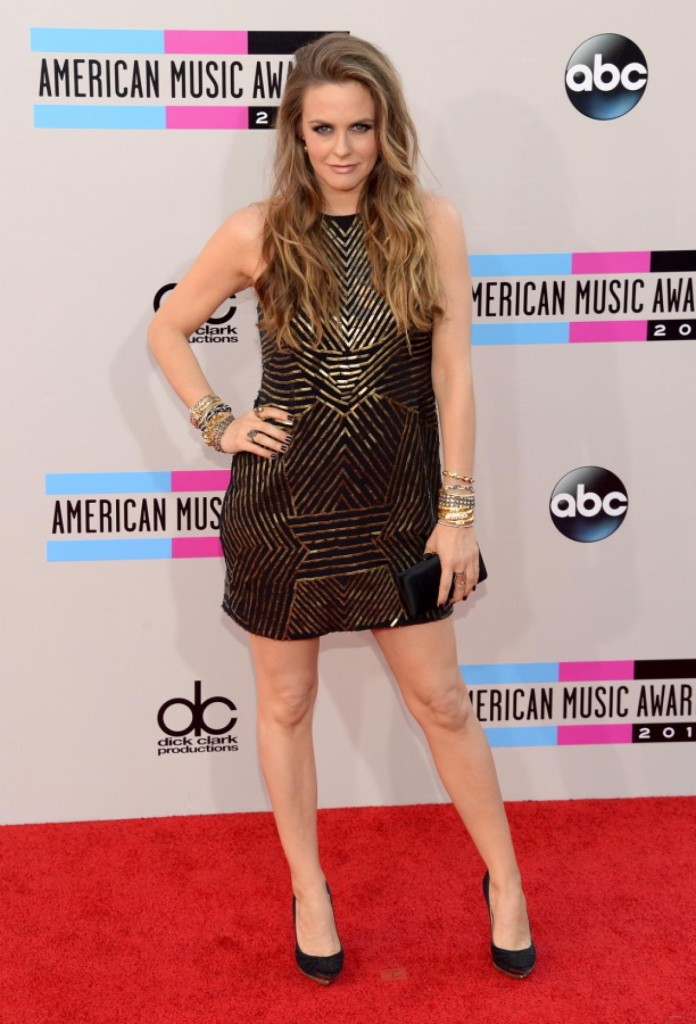 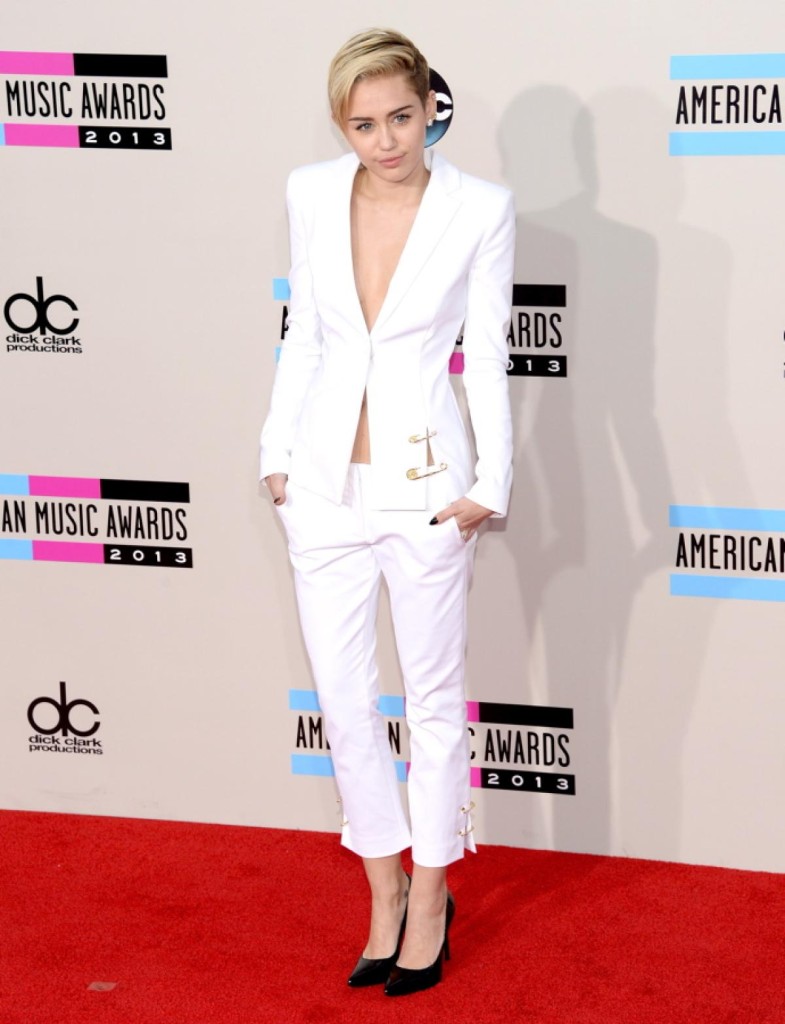 A far contrast from her 2013 VMA performance outfit, Miley Cyrus was the epitome of a sexy, sophisticated lady in this white pant suit (with edgy, oversized gold safety pins). Not one to shy away from shocking ensembles or jaw-dropping performances, Miley amped up the sex appeal of this otherwise demure outfit by baring some skin (albeit in a tasteful way) underneath the single-button white blazer and cropped white pants.