The Best of The Fest: 2016 Pebble Beach Food and Wine Highlights 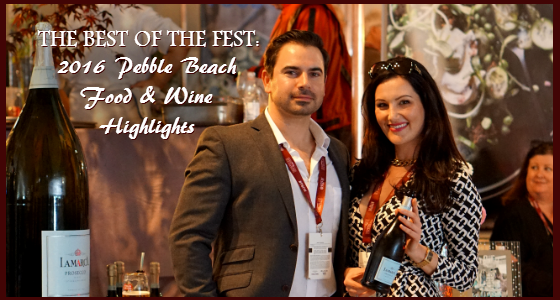 The epic annual event is hosted by Coastal Luxury Management and presented by Food & Wine Magazine, and draws celebrities (such as actress and Flower Beauty creator Drew Barrymore), well-dressed socialites, and foodies from far and near. 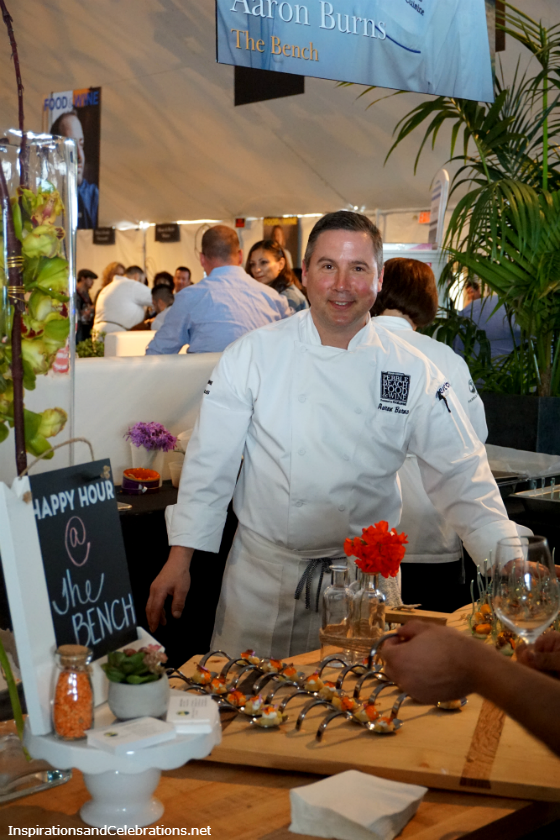 In addition to dozens of wine seminars, cooking demonstrations, and exclusive lunches and dinners, the most popular 2-day event held at the 2016 Pebble Beach Food and Wine is the Lexus Grand Tasting, as shown here. 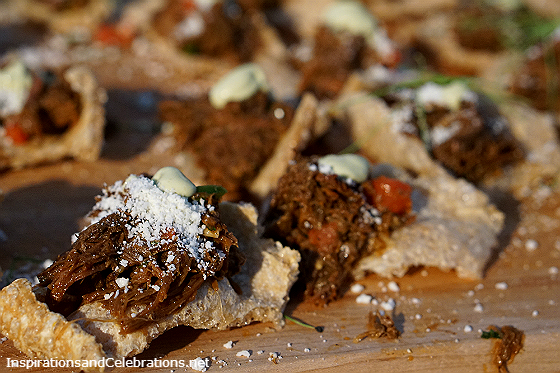 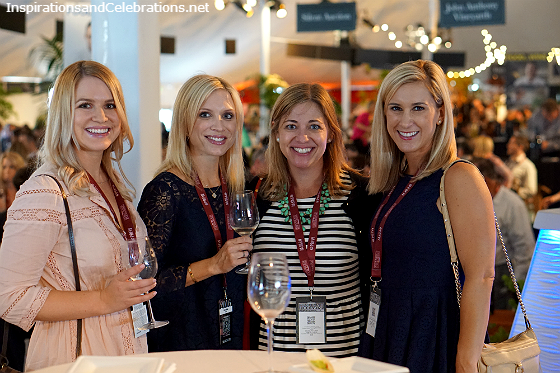 This year marked the ninth anniversary of this annual culinary celebration, bringing exciting new events to the Monterey Peninsula, including an exclusive BBQ featuring television host and celebrity chef Guy Fieri, hosted at the renowned InterContinental Hotel (The Clement Monterey) on Cannery Row, as well as a VIP dinner presented by James Beard award-winning chef, Nancy Silverton, at the luxurious Casa Palmero hotel in Pebble Beach. 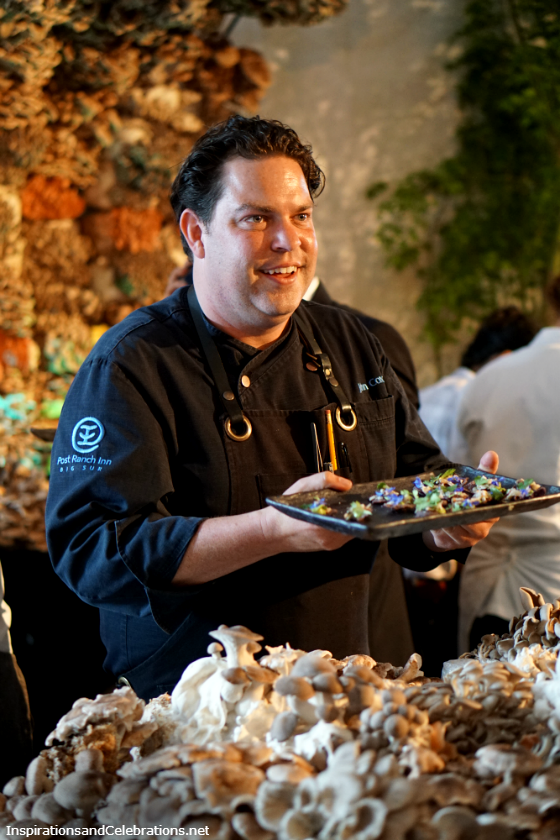 In addition to world-renowned chefs and wineries being featured at the 2016 Pebble Beach Food and Wine, premiere local Monterey Peninsula restaurants and wineries also made their presence known. 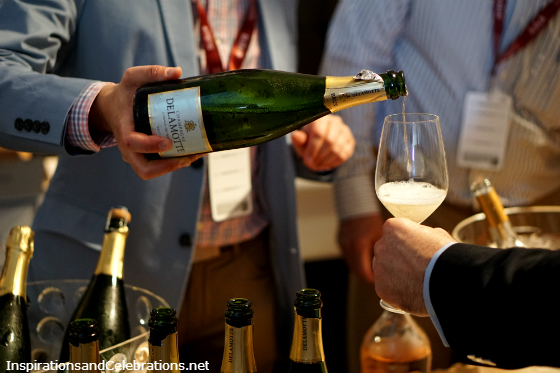 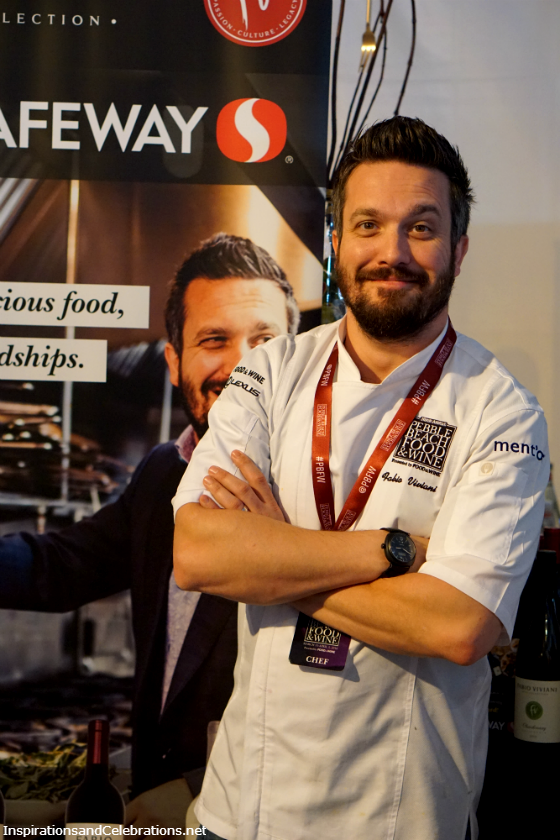 One of the highlights of the 2016 Pebble Beach Food and Wine festival was the appearance of celebrity chef and fan favorite, Fabio Viviani. Guests lined up to take photos with the charming chef, while the women clamored around him en amour. In addition to preparing food for the guests at the Lexus Grand Tasting, his wine label, Fabio Viviani Wines, was adjacent to his food station, enabling guests to indulge in an indulgent Italian food and wine pairing that could not be missed.

Capturing a moment with Fabio was no easy feat, as he was surrounded by hoards of festival-goers. We spoke with Fabio about his signature dish, his must-have kitchen tool, and his favorite foods to prepare. He enthusiastically greeted us by saying, he was “happy to be at Pebble Beach Food & Wine; it’s a good place to be!”

We asked, “What’s a signature dish you cook that epitomizes who you are as a chef?” His answer was: “Fresh pasta. Easy to get it, delicious to eat, and everybody loves it. I can make fresh pasta in 2 minutes, and spend 28 minutes making sure everything else is perfect.”

When asked, “if you were teaching a cooking class, what would be the number one tip you’d tell your students?” He exclaimed, “Do it right, or do it twice!”

And to wrap things up, when asked “what is your must-have kitchen tool?” He jokingly stated, “a set of hands; 10 fingers preferred.” 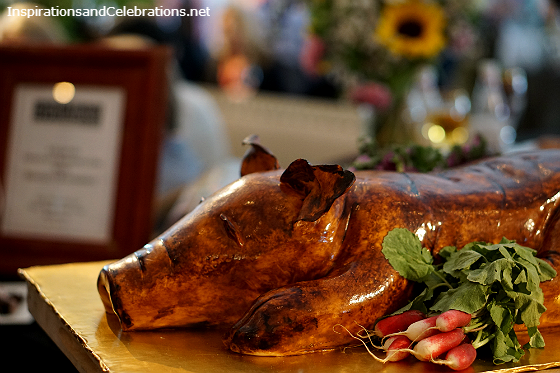 While there, we also caught up with Champagne expert and the CEO & Founder of Le Grand Courtage, Tawnya Falkner. She shared with us the story of how she transitioned from being an Architect and Real Estate Developer to developing an affordable, award-winning French Champagne that is loved by Americans, due to it’s palette-pleasing flavor characteristics.

Tawnya tells us that the idea for Le Grand Courtage came when she realized that the American palette was sweeter than Europeans, which led her to create a Champagne designed for a sweeter palette. She moved from San Francisco to Burgundy, France to “venture down this new path”.

When asked what foods are best paired with her line of Champagne, she replied, “Everything! Actually, what I really enjoy showcasing it with is the unusual things people wouldn’t expect, like fried chicken, barbecued pork, or spicy Asian.” She continued, “they call sparkling wine the scrubbing bubbles for the palette. The acidity cleans the palette, and the bubbles wipe away anything that is there.”

She went on to explain that their company often comes up with recipes including their Champagne. “We have about 200 Champagne pairings and cocktails on our website. And, since signature cocktails are so in for weddings and special events, we’ve done literally all the colors of the rainbow.”

Her company is currently working on new, exciting developments including “higher-end options (maybe a restaurant-only) and even a Champagne cocktail concept. We’re also considering doing something pre-packaged, and have talked to some hotel groups who have expressed interest in that.”

In the meanwhile, you can buy their Champagne at California Pizza Kitchen and through Distributors nationwide. 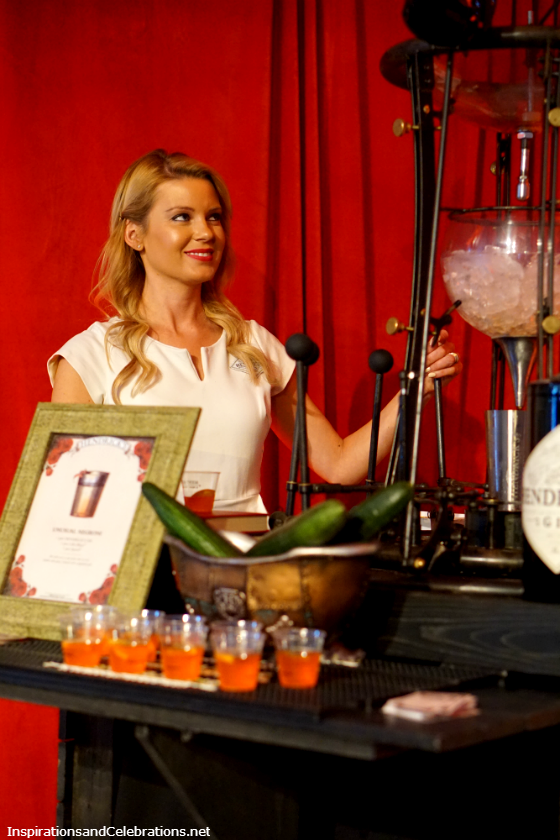 Aside from the hundreds of wineries on hand pouring tastings throughout the event, several spirits and beer brands (including Hendrick’s Gin, Stella Artois, Jack Daniels, and Zacapa Rum) had specialty cocktail and pouring stations that included interactive photo booths, elaborate displays and over-the-top performances. 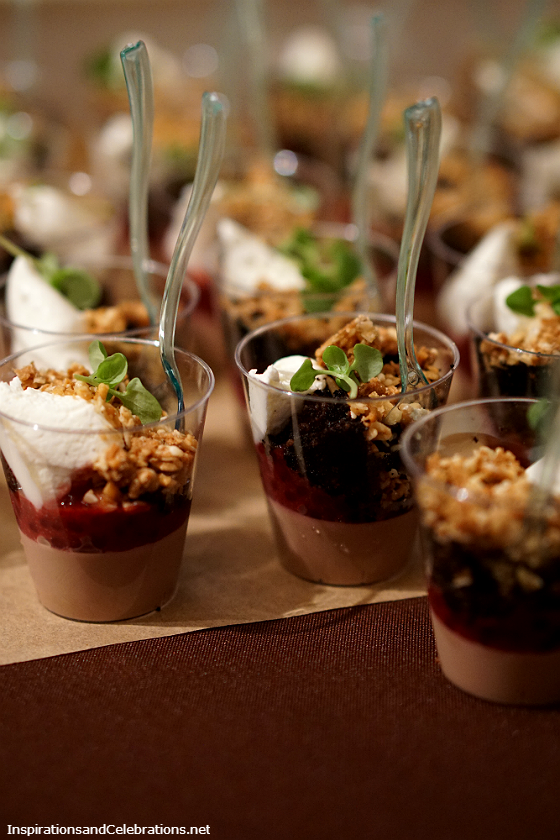 Another highlight of the 2016 Pebble Beach Food and Wine festival was an appearance by the widely-recognized celebrity chef, Aarón Sánchez, who served up a lot of flavor with a side of attitude. Aarón is a multi-talented chef whoh dishes out spicy comments along with flavorful dishes. 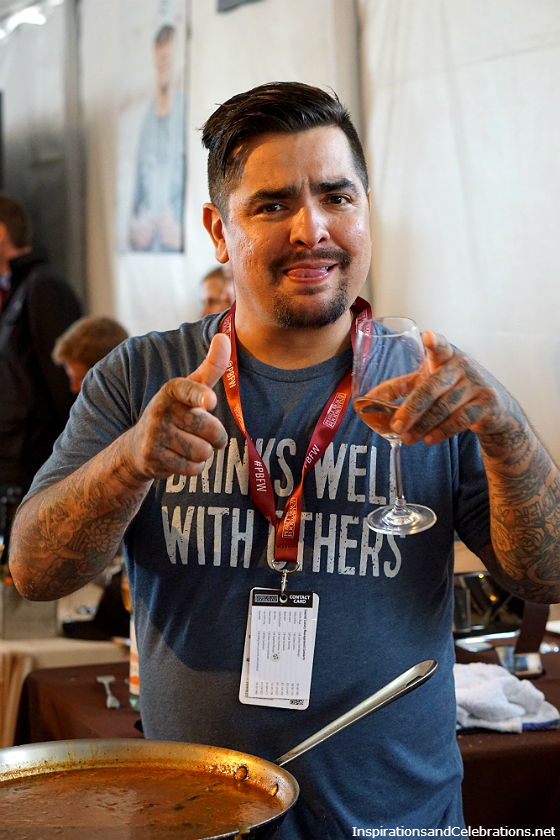 When he’s not at the PBFW, he stays busy acting as the Chef and Co-Owner of Johnny Sánchez (a popular restaurant with locations in Baltimore and New Orleans), the co-star of Food Network’s hit series, Chopped, and host of Cooking Channel’s Emmy-nominated Taco Trip. Known for his over-the-top personality, he entertained guests with his humor and zest, while keeping his station bursting with flavors. 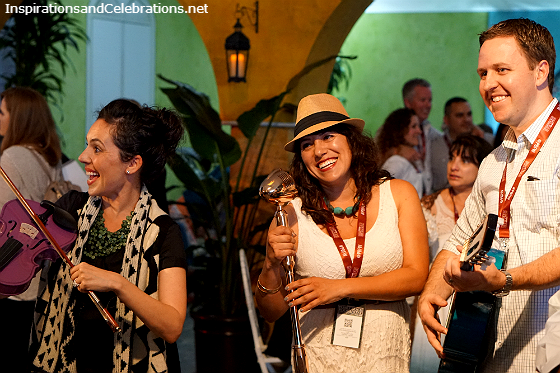 To turn up the heat and add a bit more flair to the already over-the-top event, Lexus created a Cuban-inspired setting for guests to enjoy light bites and music in. Guests were spotted grinning from ear-to-ear, staging photos with the Cuban band, and mingling with other festival-goers. 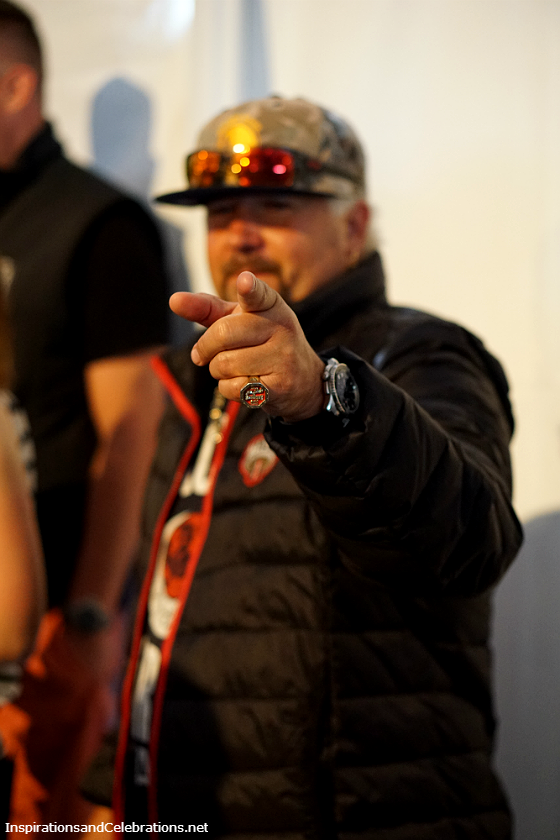 To top things off, legendary chef Guy Fieri chatted with guests about something other than food – wine!

Making an appearance at the Hunt & Ryde Winery booth, Guy served up tastings of his wine (which was named after his sons, Hunter and Ryder). With his eye-catching spiked hair, tattoo-covered arms, and stand-out, edgy style, Guy Fieri always captures audiences whenever he makes an appearance.

He’s built a reputation among millions of fans by being a multi-hyphenate food industry insider, being an American restaurateur, author, game show host, and television personality. He co-owns six restaurants in California and is best known for his television series on the Food Network. 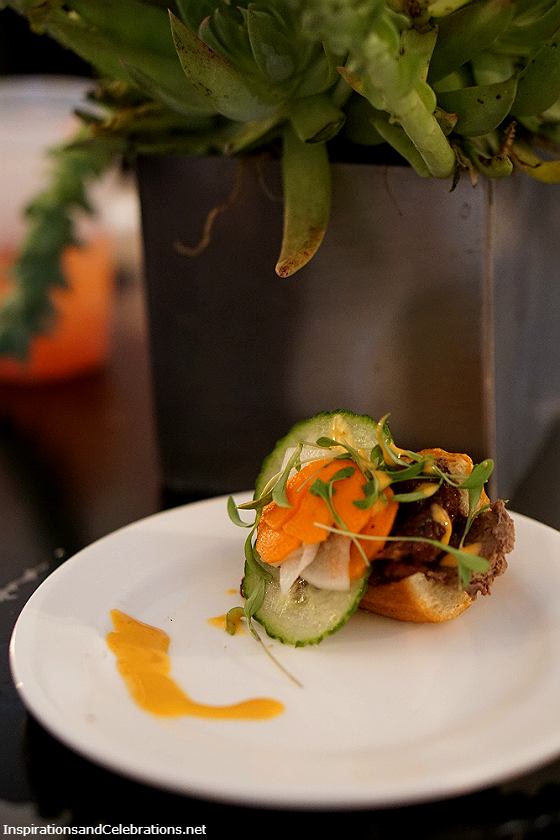 As the whirlwind weekend came to a finale, guests buzzed about the Pebble Beach Resorts popping bottles of Champagne and celebrating the good life in the best way possible – toasting to good times, with great people. Until next year, cheers from the 2016 Pebble Beach Food and Wine!