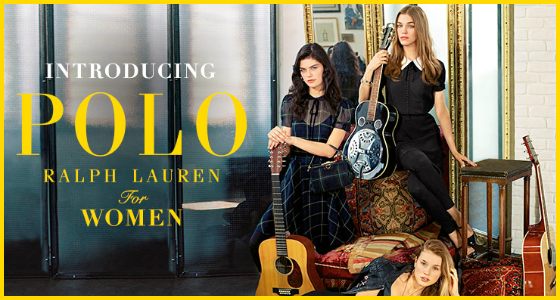 From his high-end Black Label (which is renowned for stunning gowns and exquisite outerwear) to his more widely-accessible, casual Denim & Supply collection (featuring rugged jeans, baseball tees, and plaid shirts), women everywhere who love Ralph Lauren’s traditional designs are getting excited about the new Polo for Women apparel collection.

Designed for a younger demographic, the new Polo for Women Fall 2014 Collection includes a range of contemporary Ralph Lauren pieces, offered at affordable prices (pieces start at $98), available at RalphLauren.com and Macy’s. 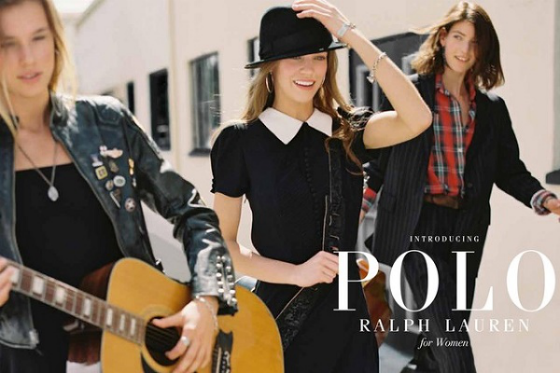 “Lauren started his career as a fashion designer in the late 1960s when he introduced Polo, a collection of wide, strikingly patterned mens ties.” [Source: Fashion.Telegraph.co.uk]

“In 1971, the year after being named America’s best menswear designer, Lauren produced his first collection of women’s clothes, a selection of mannish shirts in whose cuffs debuted the Polo-player logo that has since been embroidered on to tens of millions of garments. The Polo polo shirt, prep-wear staple par excellence, was released in 1972.” [Source: The Telegraph Luxury]

Over the course of his illustrious multi-decade career as a leading Fashion Designer, Ralph Lauren has often been sought out by A-list celebrities, entertainers, and actresses (such as Madonna, Lupita Nyong’o, Emma Watson) to wear his sophisticated, figure-flattering designs for Red Carpet events and awards ceremonies.

Since starting his fashion empire decades ago, the company has grown to become one of the most notable fashion houses in American history. Now with over 500 stores worldwide, 23,000 employees, and generating more than $6 billion in annual revenue, you can definitely say Ralph Lauren has become a household brand for millions of people around the globe.