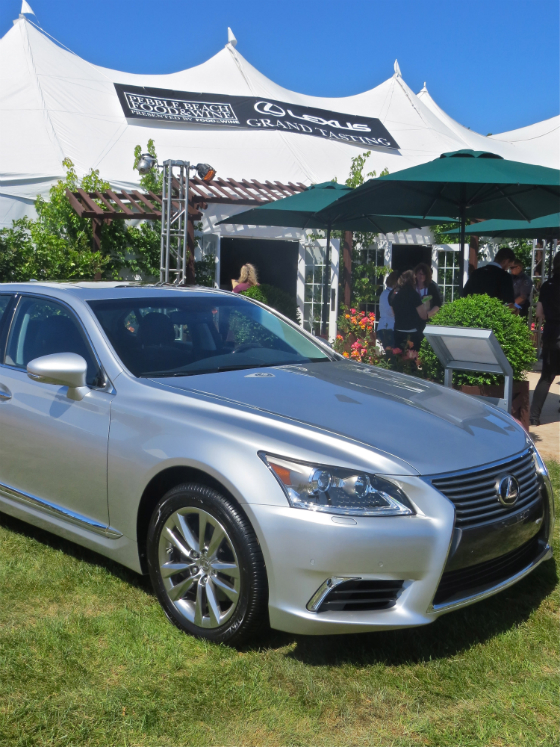 Heralded as one of the world’s premiere food and wine festivals, the 7th Annual Pebble Beach Food and Wine Festival wowed guests and fulfilled all of their epicurean fantasies during the recent whirlwind 4-day extravaganza, held April 10-13th in Pebble Beach, California. Sponsored by Food & Wine Magazine, Lexus, The Cosmopolitan Las Vegas, Jenn-Air, and a number of other top brands and businesses, the Pebble Beach Food and Wine festival has quickly become known as the ultimate food and wine event in California. 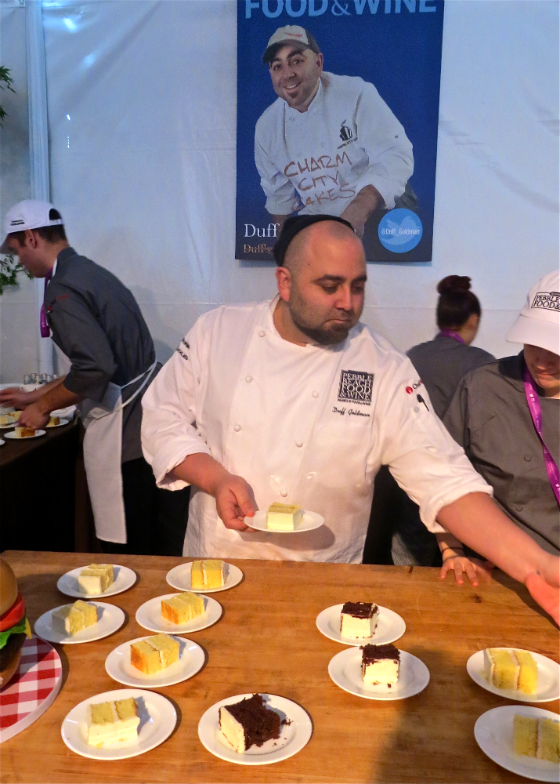 Featuring hundreds of top wineries (such as Dolce, Nickel & Nickel, Rombauer, and Cultivate Wines), dozens of celebrity chefs (including Roy Yamaguchi of the Roy’s restaurant chain, Duff Goldman of the hit television show “Ace of Cakes“, Andrew Zimmern of the Travel Channel’s adventurous show “Bizarre Foods America“, and the Italian heartthrob, Fabio Viviani from Top Chef), and a plethora of restaurants, the Pebble Beach Food and Wine festival provided guests with a seemingly never-ending array of decadent food and wine tastings that delighted their senses and captivated their attention. 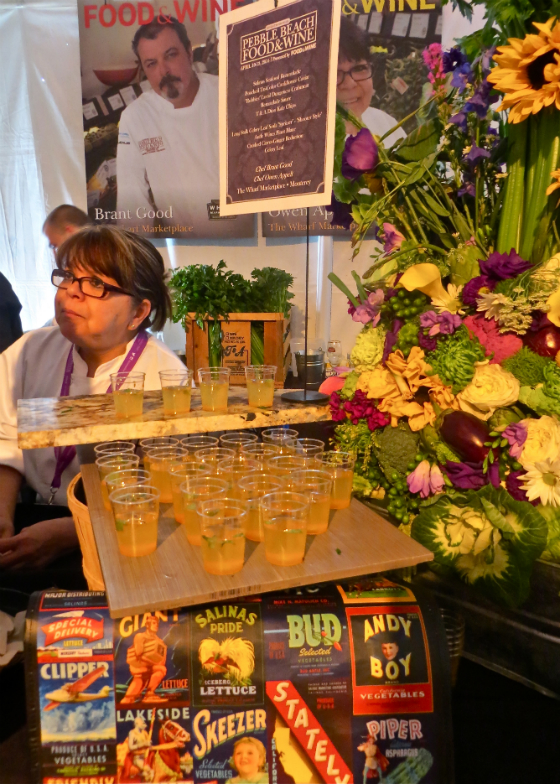 Known for stirring up the pot with his in-your-face personality and rocker cool style, the always unpredictable Guy Fieri created quite the demand with his scrumptious Macaroni & Cheese Burger. Guests stood in line for a considerable amount of time just to taste his hearty creation and get up-close-and-personal with this standout celebrity chef. 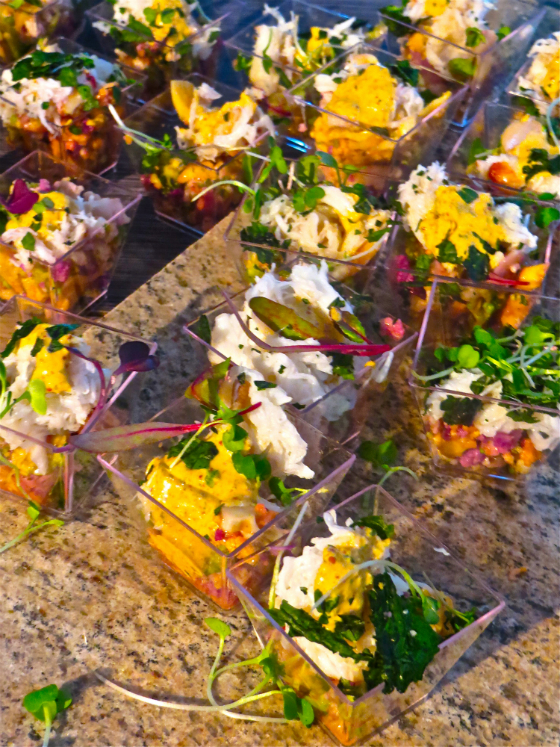 In addition to the two-day Lexus Grand Tasting (which was held in a palatial tent in picturesque Pebble Beach), the Pebble Beach Food and Wine festival also offered guests the opportunity to attend several unique cooking demonstrations (by celebrity chefs such as Carla Hall and Donatella Arpai), educational wine pairing seminars, exclusive lunches and gala dinners, and over-the-top after parties (that went into the wee hours of the night). 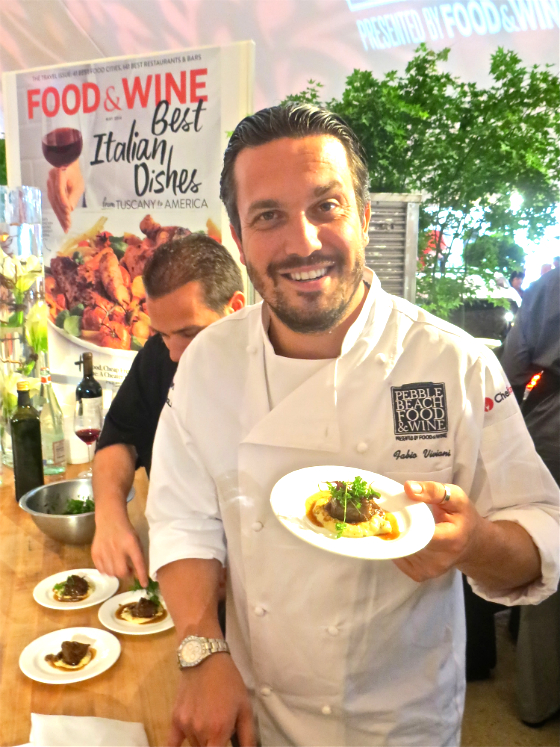 As the upscale and stylish guests (who flew in from all over the world) took part in the weekend’s festivities, they not only enjoyed dining on sensational meals and wine pairings, they felt good knowing that a portion of the proceeds from the Pebble Beach Food and Wine festival were being donated to worthy charitable organizations. Benefiting the Boys & Girls Club of Monterey County, Voices for Children – CASA of Monterey County, and the Pebble Beach Foundation), the event has continued to give back to the community since it’s inception seven years ago. 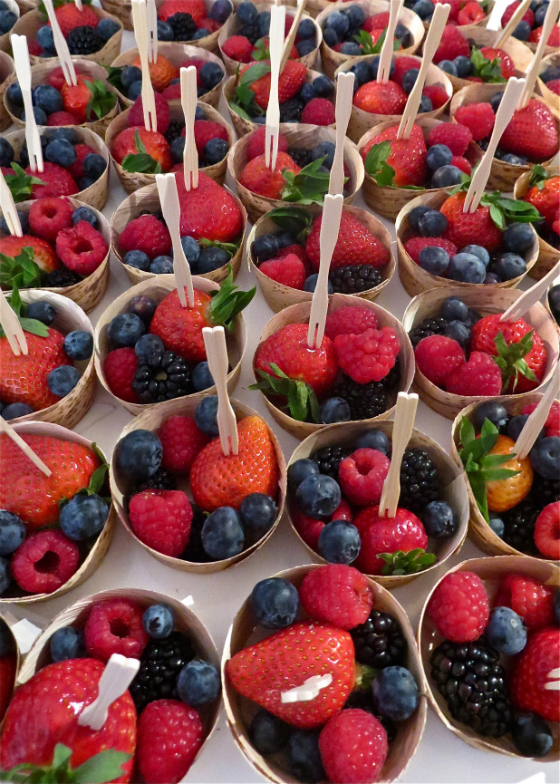 The Team Behind Pebble Beach Food and Wine Festival

Created by the illustrious Coastal Luxury Management team (founded by entrepreneurs and lifestyle experts, David Alan Bernahl, II and Robert Weakley), the expansive duo has triumphed year after year in throwing one of the Monterey Peninsula’s most celebrated and buzzed about events. And they haven’t just stopped with the Pebble Beach Food and Wine festival.

The ever-expanding CLM group (who partnered with Santa Monica-based Dick Clark Productions several years ago), has gone on to create the hit Los Angeles Food & Wine festival, in addition to opening several popular restaurants in up and down the California Coast. Starting in Monterey (with Cannery Row Brewing Company and Restaurant 1833), the team has since launched a fully-experiential, entertainment-oriented restaurant (otherwise known as a ‘grand social experiment’) at The Cosmopolitan in Las Vegas (called Rose.Rabbit.Lie.), and most recently opened an elegant and posh restaurant in the heart of Los Angeles (named Faith & Flower). 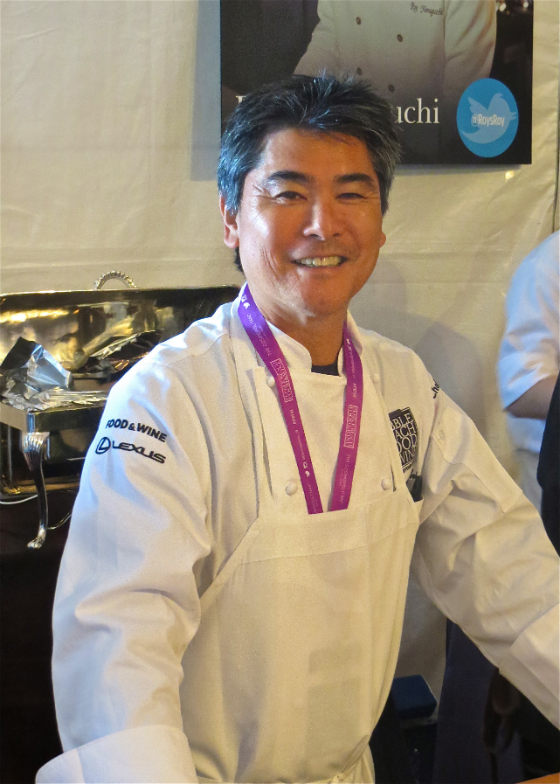 In his traditional debonair bow-tie and tailored suit, the always impeccable co-founder of Coastal Luxury Management (David Alan Bernahl, II) took the time to chat with me about his on-going love-affair with the food and wine industry, and his expansive vision for future endeavors for both the Pebble Beach Food and Wine festival and CLM’s other food-related ventures.

“We’ve been so fortunate to build this amazing community of people who care about food and wine. With 125 chefs around the country, 250 wineries and winemakers from around the world, almost 100 sommeliers from the best beverage programs, and 8,000 guests that are just really passionate about this, we feel this is a great time to look at this as a launching platform to do more trade-focused components that start to address some of the issues that face food in our country (whether it’s hunger issues or sustainability). With so many brilliant minds from food and wine here in one place for one weekend, we want to start to develop more of an intellectual overlay or DNA to the weekend, that can start to address or bring awareness to topics that are really important to us here in the United States.”

From creating one of the most hedonistically-charged food and wine events in the country, to establishing trendy, upscale restaurants that continue to attract patrons and press from the around the globe, Coastal Luxury Management has only just begun to make their mark on the infinitely growing world of food.