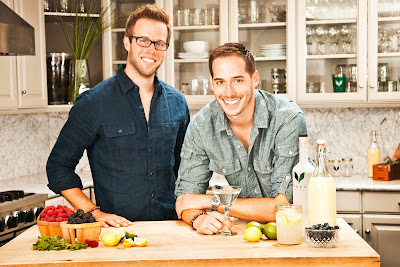 Known as “The World’s First Açaí Spirit®”, VeeV® was launched in 2007 by two brothers, Courtney and Carter Reum, after a surfing trip to Brazil where they discovered smoothies made with the Açaí berry, known locally as “purple gold” because of its health properties. Inspired by the wonderful superfruit, they left behind their investment banker roles at Goldman Sachs with a singular goal to start a unique sustainable liquor company and never looked back. The name VeeV is a playful take on the French word for “live.” Intended to uplift and inspire, VeeV represents the founders’ philosophy to live consciously and to always have fun. 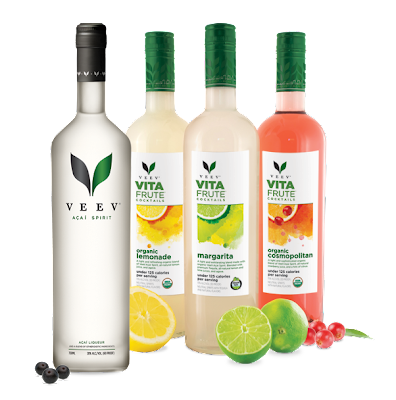 What started just 5 years ago as a dream to create a revolutionary, eco-friendly company has quickly turned into a rapidly growing business and first of it’s kind product line. VeeV has been receiving national acclaim, and has already made it onto Inc. Magazine’s “500 America’s Fasting Growing Private Companies” list, and been featured in GQ Magazine, The New York Times, CNBC, CNN Money, and The Wall Street Journal (to name a few). 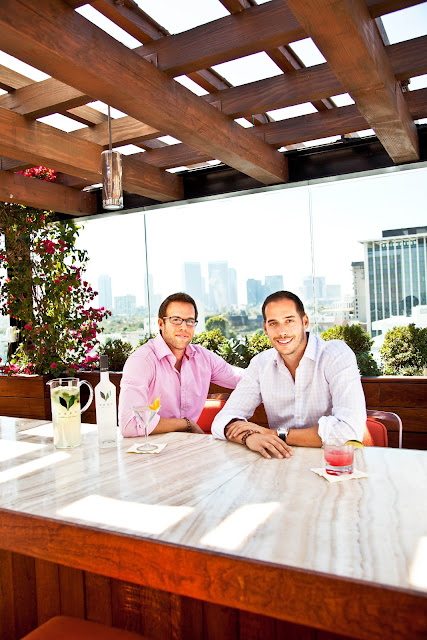 Receiving positive commentary from legendary serial entrepreneur and Founder of the Virgin Group (Sir Richard Branson), who called VeeV “a spirited approach to doing good” can only help launch a product to super-stardom. Branson liked VeeV and the Reum brothers’ business so much, he not only added the VeeV line to Virgin America Airlines’ in-flight beverage offerings, but also featured their innovative company in his book about entrepreneurship, aptly called, Screw Business As Usual.

VeeV Co-Founder, Courtney Reum, shares with the Inspirations & Celebrations readers his experience launching the business, growing their unique and popular brand, and working alongside his brother (Carter) in this exciting and expansive endeavor. 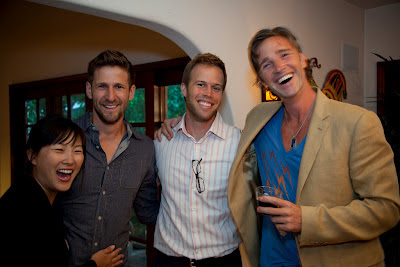 I&C: VeeV is called the “World’s First Acai Spirit”. What are the health benefits of Acai?

CR: Acai has 57% more antioxidants than pomegranates and 30 times more than red wine. For these reasons, acai is thought to be the healthiest fruit on the planet.

I&C: VeeV seems to be making appearances everywhere, from VIP parties to galas attended by A-list stars. Why is VeeV appealing to celebrities?

CR: VeeV, at its core, has attributes that we believe are favored by a majority of consumers. VeeV is a better way to drink because it’s a premium product made with all-natural ingredients. We don’t add any artificial sweeteners or flavoring, so the end result is a clean product that is lower in calories and tastes great naturally. VeeV is also a very green company as we donate 1% of our sales to Rainforest preservation and environmental causes through our partnership with 1% for the Planet, and we use the only wind powered distillery in the US to make VeeV. I think those attributes in a product would appeal to almost any consumer, and because our team has done a great job aligning with high-end events and tastemakers, celebrities end up learning about and loving VeeV the spirit and the company just like any of our other fans do.

I&C: In such a competitive industry, how have you made VeeV stand out amongst other alcoholic beverages (especially compared to brands that are promoted by major manufacturers or endorsed by celebrities)?

CR: Again, I think our brand story and who we are as a company (and hopefully the actual taste) of VeeV really makes us stand out among competitors. We launched VeeV before the acai trend hit, so we were really at the forefront of acai products in the US at the time. In addition to being the world’s first acai spirit, we are also the world’s first carbon neutral spirit. Although we have played with the idea of having a celebrity endorser, we decided against it and instead put a lot of money into identifying and evangelizing influencers who have become fans of the brand organically. Although on a different level, we have found that investing time and money to self-selected VeeV evangelists can extremely effective and even more rewarding than having a celebrity pose with a bottle of VeeV for some advertisements.

I&C: Where is VeeV distributed? Is the line sold internationally as well? If so, where?

CR: VeeV is sold nationwide, on some cruise lines and 30,000 miles above land on Virgin America. We are not sold internationally…yet.

I&C: How has working with your brother helped to create a successful brand and business?

CR: My brother and I are very close, but we have very distinct and different personalities, which has really helped balance the company and the direction we take VeeV. I tend to approach VeeV with grandiose, big picture ideas and Carter is great at making me take a step back to pick it all apart to make sure it makes sense for the brand and our wallets. It’s a great working relationship that has actually brought us closer as brothers.

I&C: Entrepreneurs go through ups and downs launching a company. If you were to give yourself advice when you started the company in 2007, what words of wisdom would you have shared? Was it challenging or beneficial going from a finance background to a different industry? Please explain.

CR: My advice would be to be more patient with the evolution process and know everything isn’t going to necessarily be right on the first go. When we first launched VeeV we had a different bottle design, the formula was slightly different..I don’t know what we were thinking with some of our marketing materials. But as time went one we learned more about who we are as brand and how to accurately communicate that to our consumers. Developing a brand from scratch is kind of like developing as a person. You go through all the awkward stages before realizing who you are and how you want to present yourself. In finance you really can’t make any mistakes or allow your work to mature through trial and error. Everything has to be right the first time around. However, working in finance did teach me how to work my butt off and balance anything and everything that was thrown my way, which has definitely come in handy working in the alcohol business.

I&C: If there’s anything further you’d like to share with the Inspirations & Celebrations readers (about your vision for expansion, how the company “gives back”, your “green”/sustainability involvement, and what we can expect to see next), please include that information.

CR: What’s next for VeeV Spirits is our line extension VitaFrute™. VitaFrute is the first line of all-natural and organic superfruit cocktails in three refreshing flavors: Margarita, Lemonade and Cosmopolitan. These three cocktails are our most popular VeeV drinks on menus throughout the US so we wanted to bottle them for easy entertaining at home. All VitaFrute flavors are made with VeeV and share the same green attributes as the mother spirit. VitaFrute officially launched September 4th in Los Angeles, New York, Chicago, Dallas, Atlanta and Miami, but we will be national wide by early 2013.

Love what you see? Sign-up to have new articles & giveaway opportunities sent to your inbox!