With Earth Day coming up, it’s a reminder that it is more important now than ever to travelers that their trips around the globe not only be exhilarating or relaxing but also sustainable. For those seeking experiences that are environmentally responsible without sacrificing luxury, here are a number of luxurious eco-friendly travel companies and hotels that support Earth Day through sustainable practices, while creating memorable vacations for their guests. 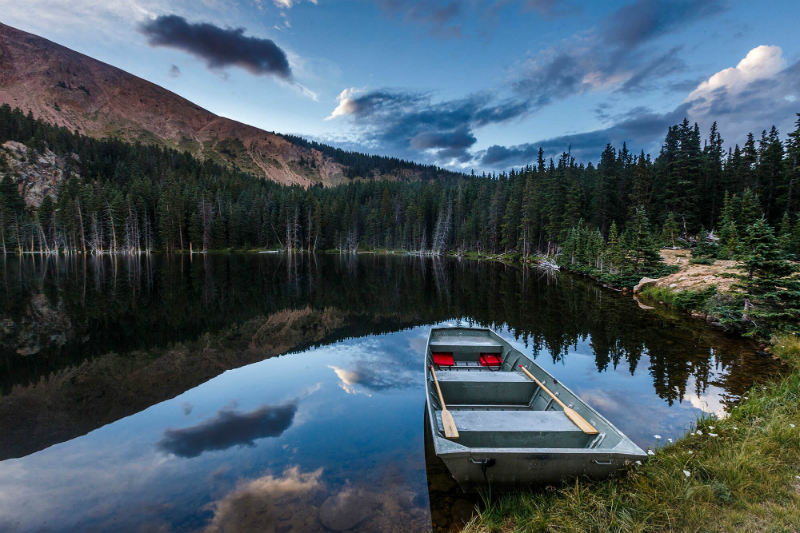 Introduced in 2015, Ted Turner Expeditions (TTX) is an eco-adventure and hospitality company from media mogul and conservationist Ted Turner. The company offers eco-conscious journeys that are individually crafted and tailored to their specific North American locales: Turner’s Ladder, Armendaris and Vermejo ranches and Sierra Grande Lodge & Spa in New Mexico.

These unique adventures are intended to deliver insightful and exhilarating experiences, while also providing extraordinary guest service. Guests staying at any of the Ted Turner Expeditions properties in New Mexico can take part in hands-on conservation service projects, such as participating in the exclusive annual Bison Roundup and Bison Calving experience (taking place each January and May, respectively) on Ladder Ranch in southern New Mexico. Both allow visitors to interact with ranch hands and Turner Endangered Species Fund field biologists to learn first-hand about media mogul and conservationist Ted Turner’s Bison Project.

Travelers can either stay at the nearby Sierra Grande Lodge & Spa (with rates starting at $155 per night) or at the exclusive-use Ladder House (Ted Turner’s private home) on Ladder Ranch (3-Night Expedition for two people starts at $9,000.00). Across the properties, other activities include: fly fishing, mountain biking, a brand new 3D archery course and fitness trails, clay shooting and target practice, wildlife viewing (rivaling African safaris), Nordic skiing, and endless hiking. Turner’s appreciation for our Earth and its creatures runs deep, compelling him to work tirelessly to protect and conserve our environment, as well as its animal and plant species. After much thoughtful consideration, he established a way in which to achieve this through the launch of Ted Turner Expeditions.  TTX is committed to making a difference by inspiring individual action to preserve the integrity of our earth and the creatures that inhabit it. 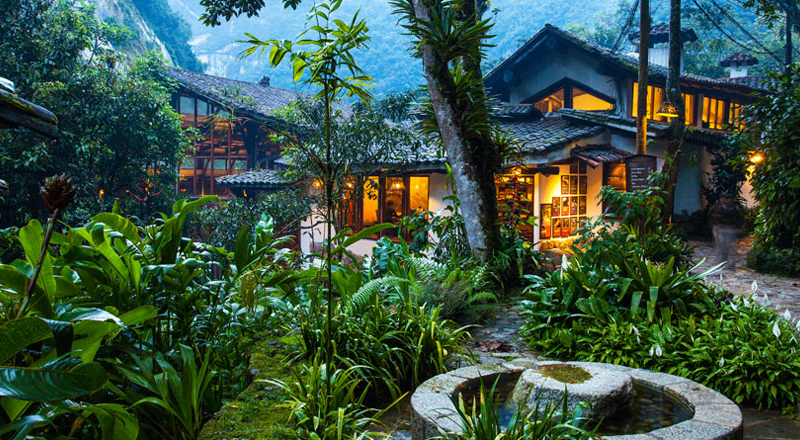 Inkaterra Hotels owns and operates hotels in four distinct parts of Peru: The Amazon, Cusco, Machu Picchu, and the Sacred Valley. Since its inception in 1975 – way before “experiential travel” was the “it” trend – Inkaterra recognized the need to preserve the wildlife, habitat, cultural heritage and offer authentic Peruvian experiences.

The abundance of resources in the seventies were believed by many people to be inexhaustible; however José Koechlin (President and founder of Inkaterra and Inkaterra Association) was ahead of his time in predicting that the future of our ecosystems depended very heavily on knowledge and consistent economic management of natural resources.

So far, Inkaterra has protected thousands of acres of Amazon tropical forest and Andean cloud forest; created a rehabilitation center for the endangered Spectacled Andean Bear; protected and catalogued hundreds of orchid, hummingbird, and butterfly species; restored a 16th-century mansion in Cusco (Inkaterra La Casona); and has hosted hundreds of scientists at its properties to aid in their research to catalogue, discover and preserve Peru’s natural gifts.

Guests can now also choose to stay at the new Inkaterra Field Guide Station, a place designed to train Inkaterra Explorer Guides and host investigators, volunteers and travelers eager to engage in different projects and experience the Amazon rainforest in an intense and scholarly way. 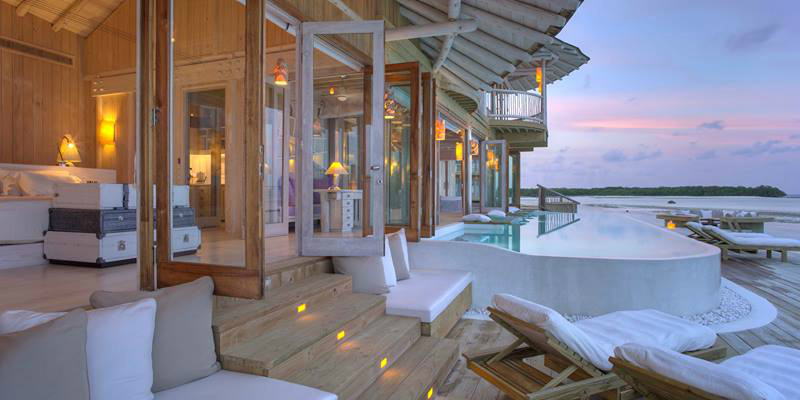 Soneva, one of the biggest names in sustainable travel, encompasses one property in Thailand (Soneva Kiri) and two resorts in the Maldives (Soneva Fushi and Soneva Jani), the latter of which just opened in November 2016.

Soneva just launched an eco-campaign inviting guests to “Stay for Good” and support the brand’s efforts to preserve the environment and enrich the communities in which the resorts are based, in exchange for complimentary bonus nights at its luxury properties in Thailand and the Maldives.

Guests are invited to work alongside Soneva’s marine biologists, horticulturalists, mycologists, tropical ecologists, and community engagement managers to support local sustainability initiatives. In return, they will be rewarded with an additional five nights at the brand’s flagship resort Soneva Fushi in the Maldives, or an additional three nights at Soneva Kiri on the remote island of Koh Kood in Thailand. Sustainable activities include: snorkeling with Soneva’s marine biologists to help with turtle identification and coral rehabilitation, during which guests can also see a bunch of other underwater wildlife such as dolphins, rays and possibly even whale sharks; participating in beach, mangrove and reef clean-ups; contributing to education initiatives; helping to maintain the vegetable gardens; and more. 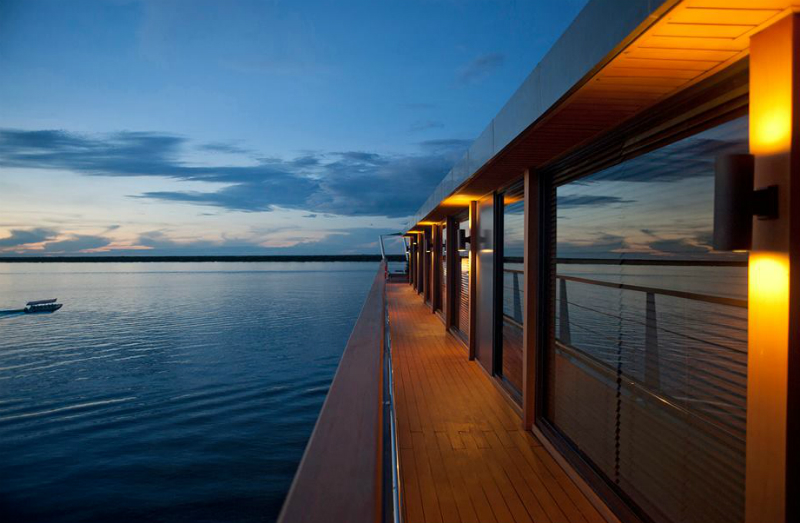 Aqua Expeditions, a leader in luxury boutique river cruising which operates two ships—one on the Peruvian Amazon and one on the Mekong River—has a strong, long-term commitment to protecting the fragile–and increasingly endangered environment and its people. Each boutique ship offers luxurious accommodations with floor-to-ceiling windows overlooking the rivers, regionally-inspired meals, visits to local villages, wildlife viewing and more.

In such magnificent natural environments as Amazonia and the Mekong Delta, the team at Aqua Expeditions can see very clearly that responsible, eco-friendly operations play a crucial role in protecting the health of the people, wildlife and natural environments where they cruise.

The company is genuinely committed to keeping the great rivers of the world clean and beautiful, for today and for generations to come. The company is active in numerous social responsibility projects along the rivers, including providing paramedic care to the communities they visit and supporting those villages in countless other ways, such as partnering with the Room to Read program which educates children. They also provide steady and significant support to many nature conservation projects and their ships operate as sustainably as possible. 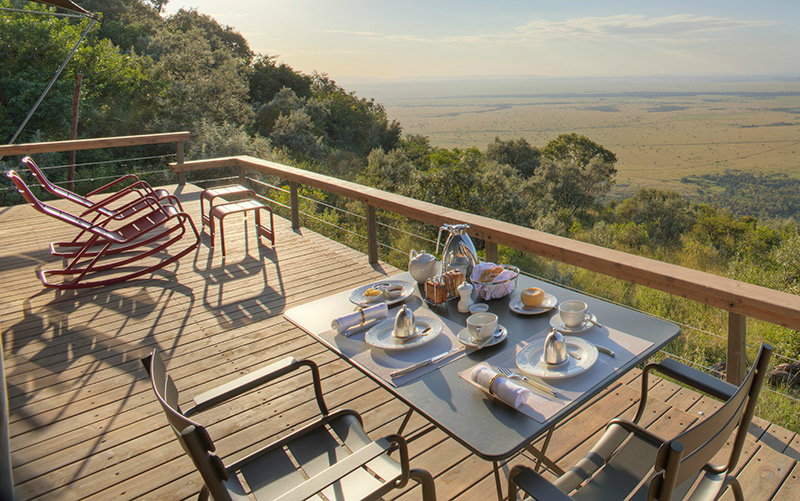 Angama Mara, Kenya’s newest luxury safari lodge located in the famed Maasai Mara, is founded on the deeply embedded principle of running a profitable business in order to make a meaningful and sustainable difference to the communities that neighbor the lodge, and the wildlife and land that surround it. Located on the very site where some of the most romantic scenes from Out of Africa were filmed, Angama Mara boasts the most outstanding game viewing 12 months of the year in the Mara Triangle, a fitness center, a 40-foot-long swimming pool, a curated gallery of African art, clothing and jewelry, and a sun-filled studio where local Maasai women work at beading bespoke items.

Each Angama Mara guest pays a US$10 per night donation, and this amount is invested in community projects (identified and prioritized by the lodge’s neighboring communities themselves); and conservation projects in the Mara Triangle, where the company partners with NGO’s who have a track record of making a substantial impact.

The Angama Foundation just unveiled its three maiden projects: accommodations for 16 teachers at Emurutoto Primary School; three new classrooms at Partakilat Primary School; and the Angama Mara clinic. Park fees of US$80 per person to enter the Maasai Mara are collected on behalf of the Mara Conservancy, which runs the Mara Triangle and is the primary benefactor of these fees, and Angama Mara’s Maasai landlords are the driving force behind the Oloololo Wildlife Community Trust.

For more vacation ideas, check out the Travel section on Inspirations & Celebrations.