The Luxury Travel Guide to Oslo, Norway: The Greatest and Grandest Places To Stay & Play

Traveling the world offers you the opportunity to expand your horizons, learn about other cultures, and behold breathtaking views. To help you plan your next Scandinavian vacation, the Inspirations & Celebrations’ Luxury Travel Guide to Oslo, Norway features the greatest and grandest places to stay and play in this Norwegian destination spot. 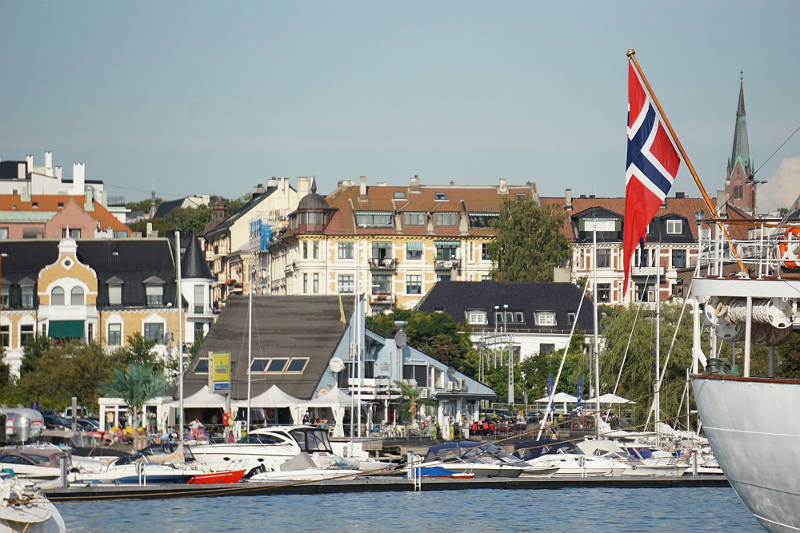 Being the capital of Norway, Oslo is considered the fastest growing capital city in Europe.

In just the past few years, this Norwegian metropolis has grown to include towering high-rise buildings, stunning architectural feats (like the world famous Oslo Opera House and the Astrup Fearnley Museum of Modern Art), and evergreen landscapes that are as lush and rich are you could imagine.

As this beautiful Nordic city continues to undergo structural transformations, turning it into a contemporary urban oasis of bold, dynamic designs and modern structures, the cityscape becomes increasingly more lovely to look at.

Not only are there several uniquely-designed structures to behold, there are fascinating museums (like The Viking Museum and The Fram Museum) that will capture your attention, gorgeous shopping and dining districts (such as Karl Johans Gate and Aker Brygge) to entice you, and a number of luxurious places to visit (like The Grand Hotel). 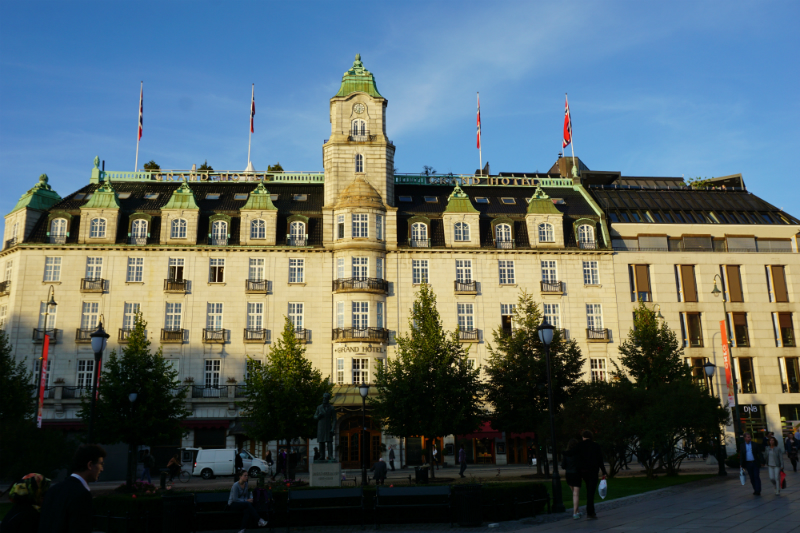 Where To Stay in Oslo, Norway

If you’re looking for a truly grand experience in Oslo, then the best hotel to stay at is The Grand Hotel, located in the prestigious Karl Johans Gate area of Oslo. This recently renovated, historic hotel is not only a magnificently-decorated hotel, it’s also a historically significant landmark in Oslo. 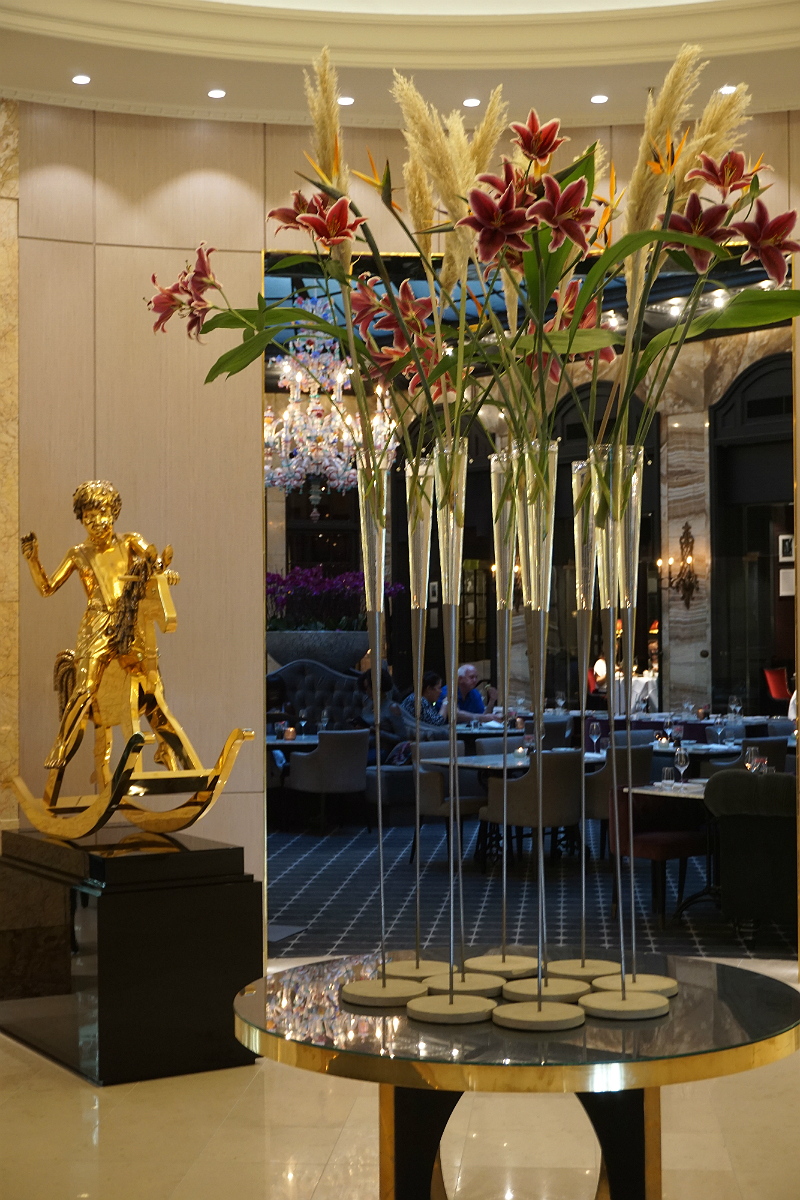 The Grand Hotel has 274 stately rooms, including 54 Suites that combine classic elements mixed with upscale, contemporary furnishings and artwork, a trendy sky bar with unsurpassed views of the surrounding neighborhood (including a view of the Parliament building, located directly across the street), an elegant restaurant, chic lobby bar, 19 meeting rooms, the breathtaking Artesia Spa Grand Hotel, and a fitness center. 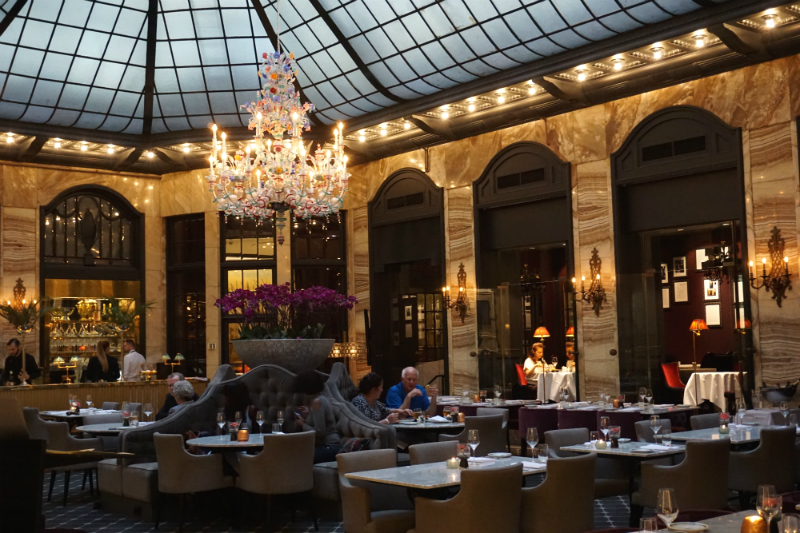 This premiere luxury hotel is considered the most widely-known, prestigious hotel in all of Norway, making it a desirable destination for both Norwegians and international visitors.

Since opening its doors in 1874, The Grand Hotel has welcomed notable guests (like world leaders, political figures, and celebrities) for over 140 years. In addition, it serves as the annual location where the The Nobel Banquet is held, at which Nobel Peace Prize laureates gather and celebrate their significant contributions to mankind. 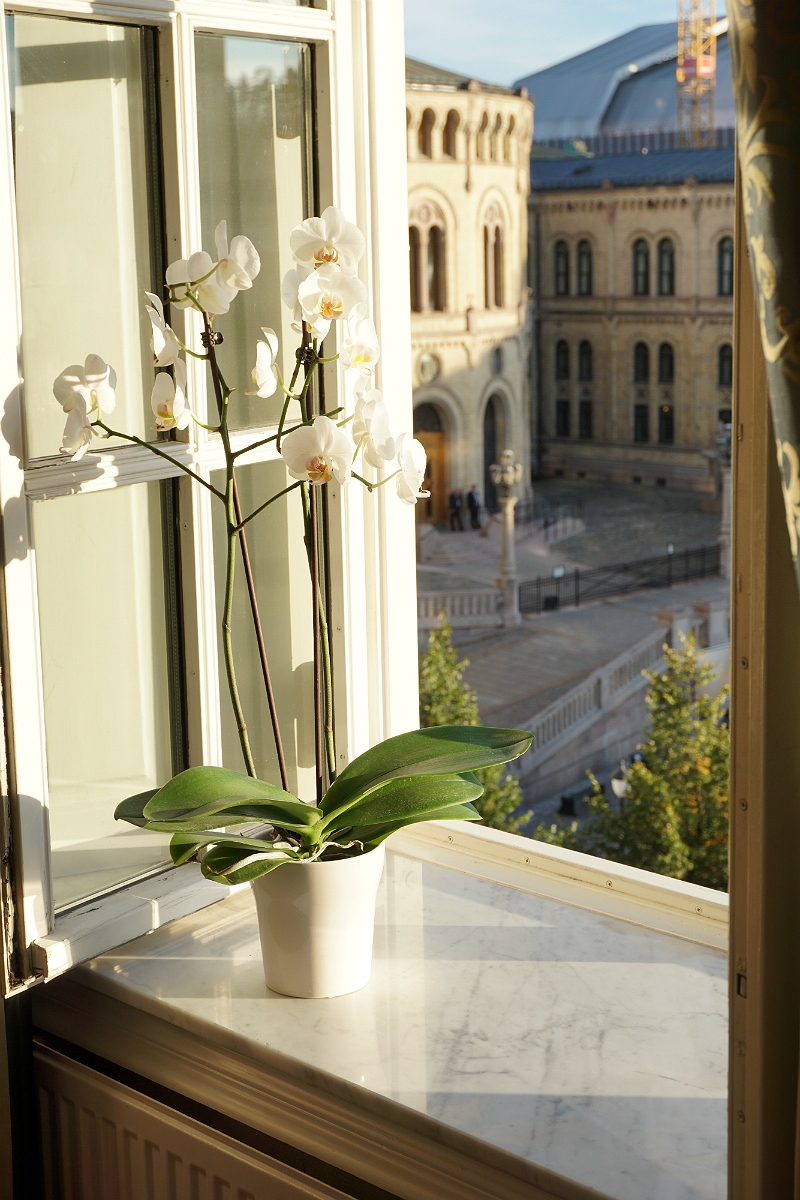 Based in Oslo’s City Centre along the famed Karl Johans Gate, this stately landmark hotel is located in the best neighborhood in the city. Just outside the door of The Grand Hotel is the ultimate place to stroll along the tree-line street which is filled with high-end boutiques and department stores, popular eateries, and a peaceful park with a large fountain directly in the center. 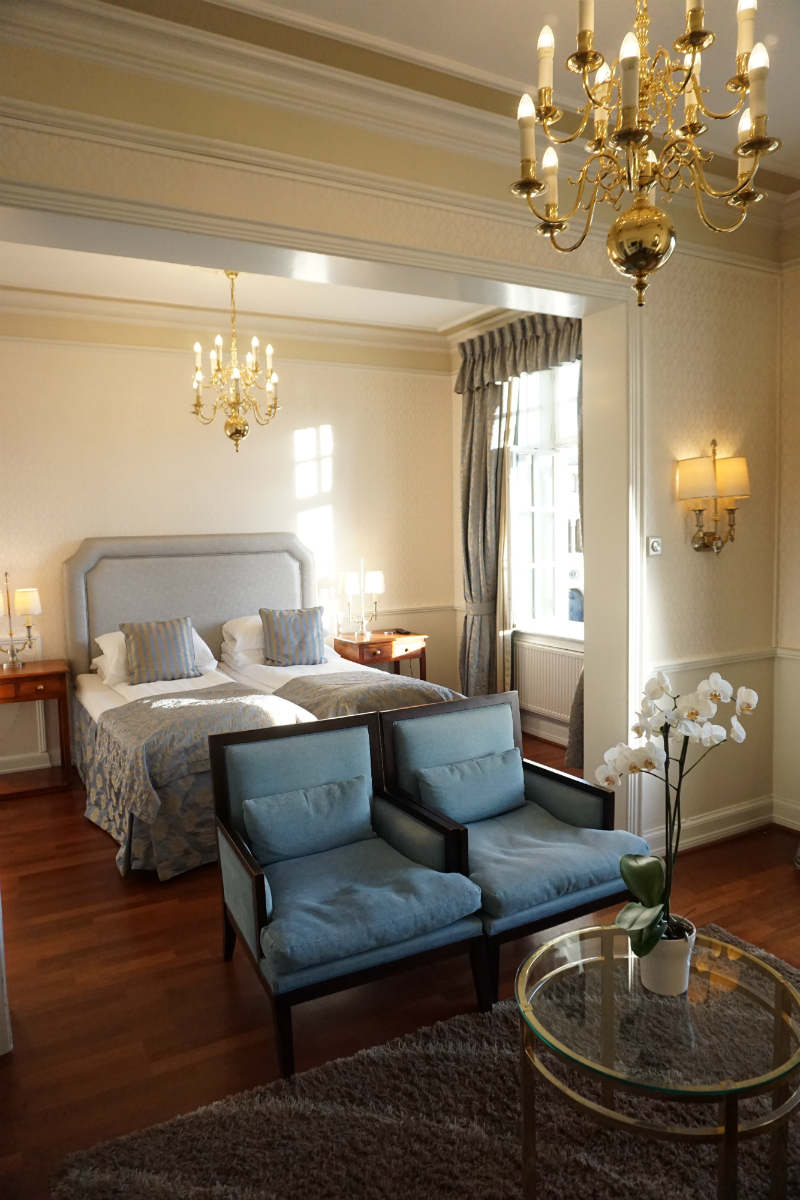 The tastefully-appointed rooms instantly welcome you with soothing colors, posh fabrics that are cozy to the touch, and a stately look that exudes traditional elegance and refined glamour. The afternoon sunlight casts a warm glow into the peaceful room, beaming through the airy, picture windows, revealing a stunning view just outside. Comfortable chairs beckon you to relax, unwind, and enjoy a hot tea, as you catch up your reading. 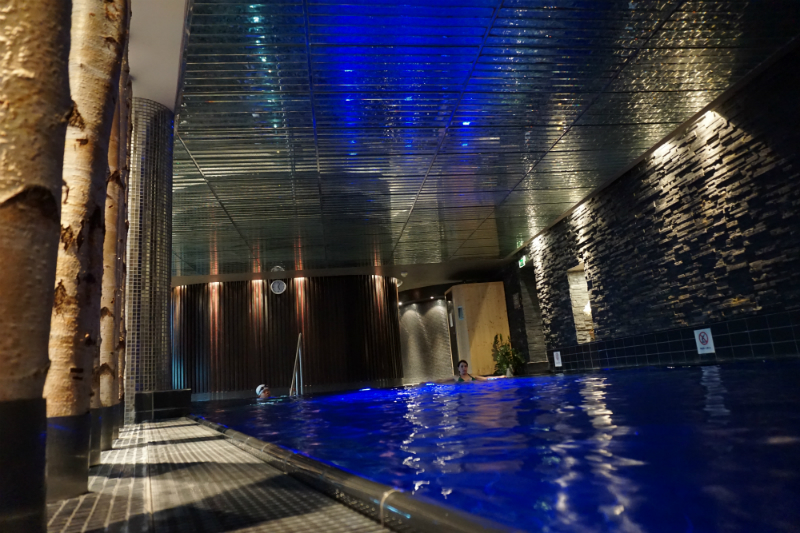 In addition, The Grand Hotel is home to The Artesia Spa, one of the most spectacular spas (with an indoor heated pool and relaxing nature-inspired sanctuary) that you’ll ever see. Featuring massages and skincare treatments, this glamorous spa is a great way to unwind in style.

These are just a few of the reasons why The Grand Hotel has become a favorite destination spot of countless public figures, from rock stars (such as Michael Jackson and KISS) to world leaders (like the Dalai Lama and President Obama).

Where To Play in Oslo, Norway

When it’s time to step out of your hotel, get ready to see the sights and enjoy the best that this Nordic city has to offer, starting with Karl Johans Gate.

To make the most of your daytime hours, make sure to get an Oslo Pass from the Visit Oslo Tourism Center. This will enable you to gain (free) access to museums, public transportation (including a mini-cruise that takes you to each of the must-see sights in Oslo), and discounts on restaurants. 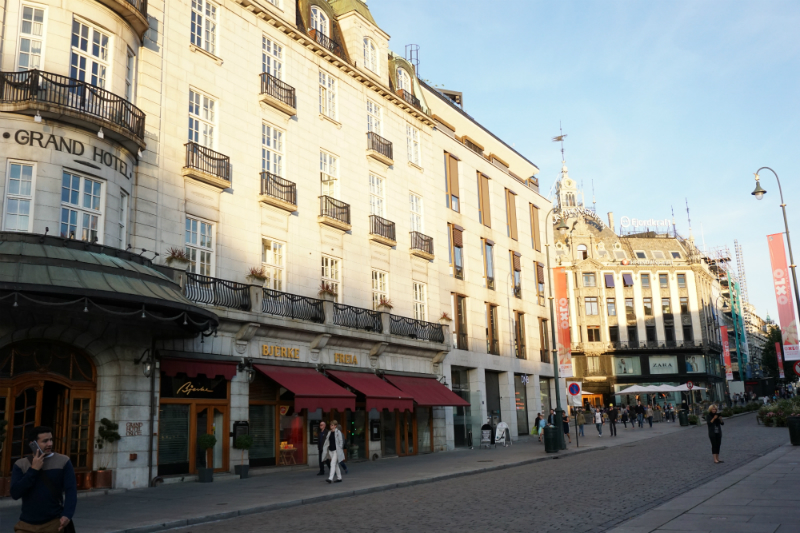 In the city centre around the main street Karl Johans gate, you will discover lively jazz clubs, trendy bars and nightclubs, busy cafés and the best shopping you could dream of. From fast fashion stores like H&M and Zara to high-end designers (such as Michael Kors and Gucci), get ready to splurge in this beautiful district. 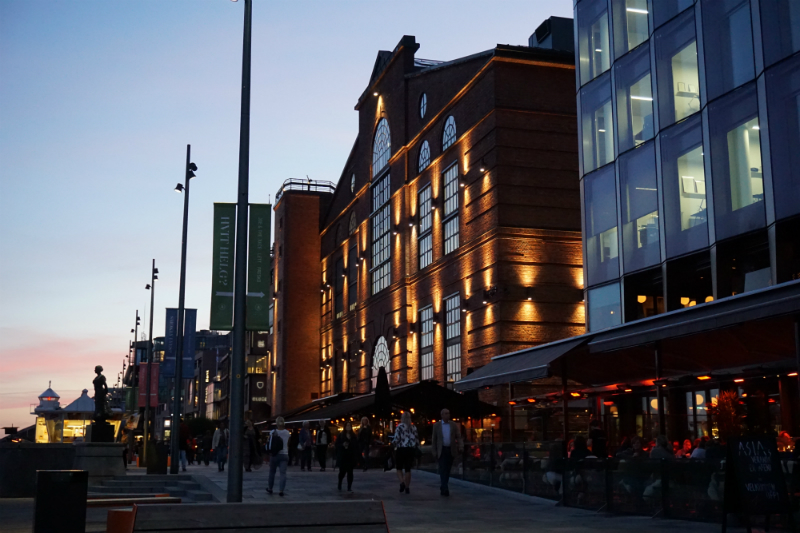 One of the best places in Oslo to find gourmet restaurants with picturesque ocean views is Aker Brygge (just a short 10-minute walk from The Grand Hotel). This waterfront district is lined with one busy eatery after the next, ranging from Asian cuisine to traditional Norwegian fare.

A warm and inviting restaurant along Aker Brygge is named Olivia (located in the brick building shown above). This jumping restaurant offers both indoor and outdoor (heated) seating, and exceptional Italian food. Plus, their lively atmosphere makes them a popular spot for locals and tourists. 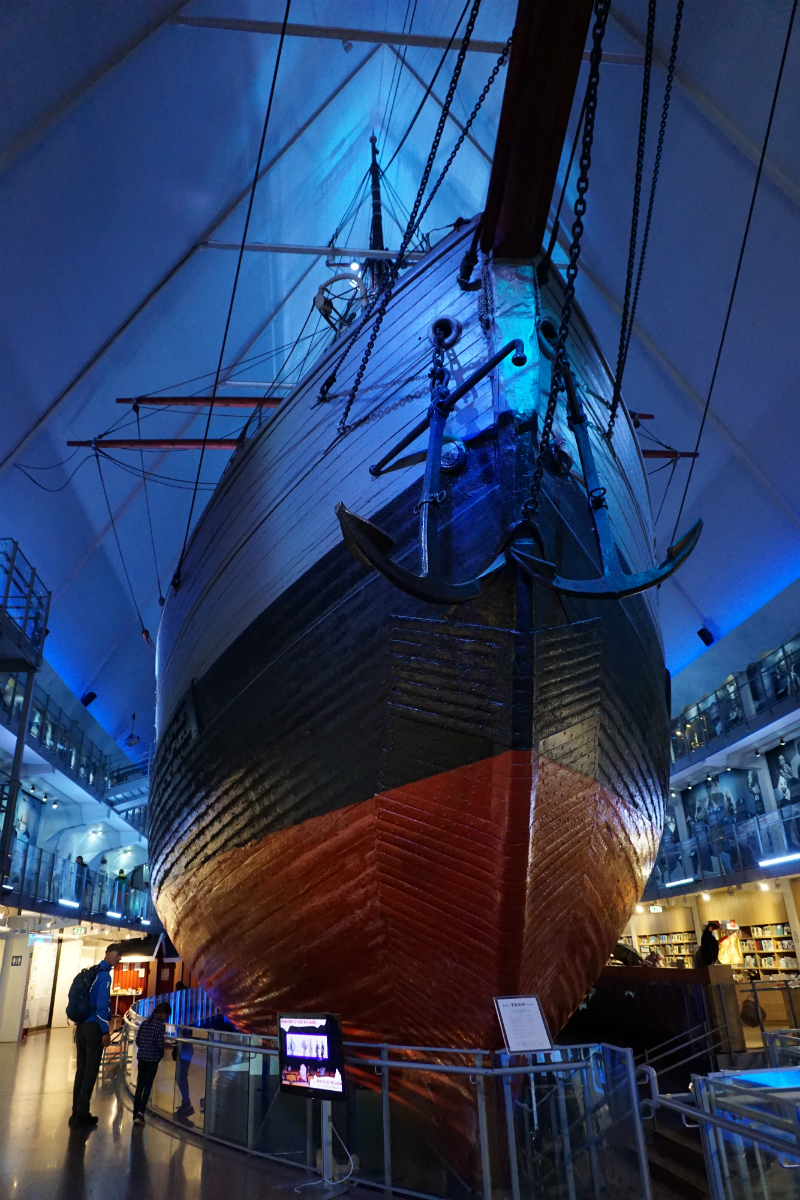 One of the must-see museums in Oslo is The Fram Museum (as shown above). Located at Bygdøy, this award-winning museum houses one of Norway’s national treasures – the polar ship Fram, which is the strongest wooden ship ever built. It was so strong, that it successfully sailed to and from the North and South Poles during several voyages, without ever breaking. 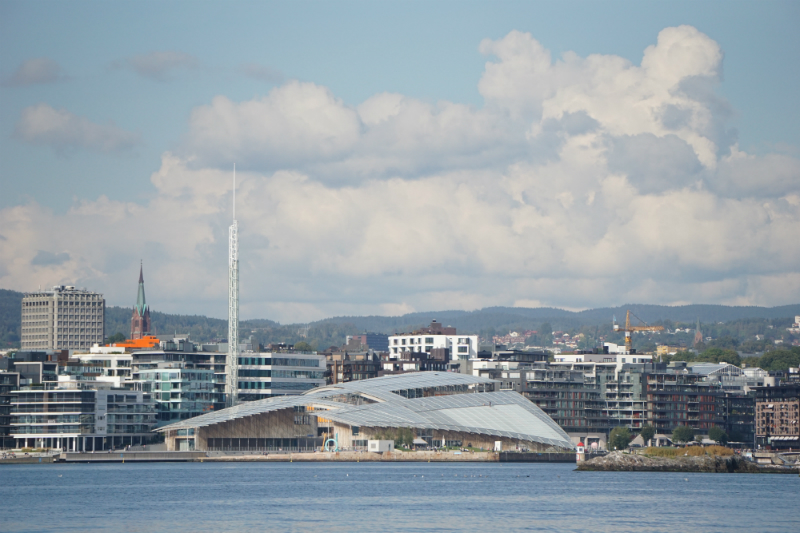 If you’re interested in contemporary art, then a visit to The Astrup Fearnley Museum of Modern Art (featured above) is essential for your trip. Housing dozens of unique and inspiring exhibits (that often feature statement-worthy art from artists around the world), this art museum is an experience unto its own.

In addition, the building itself is a sight to behold. Designed by world renowned architect, Renzo Piano, this eye-catching contemporary structure has become a significant destination for Oslo visitors. 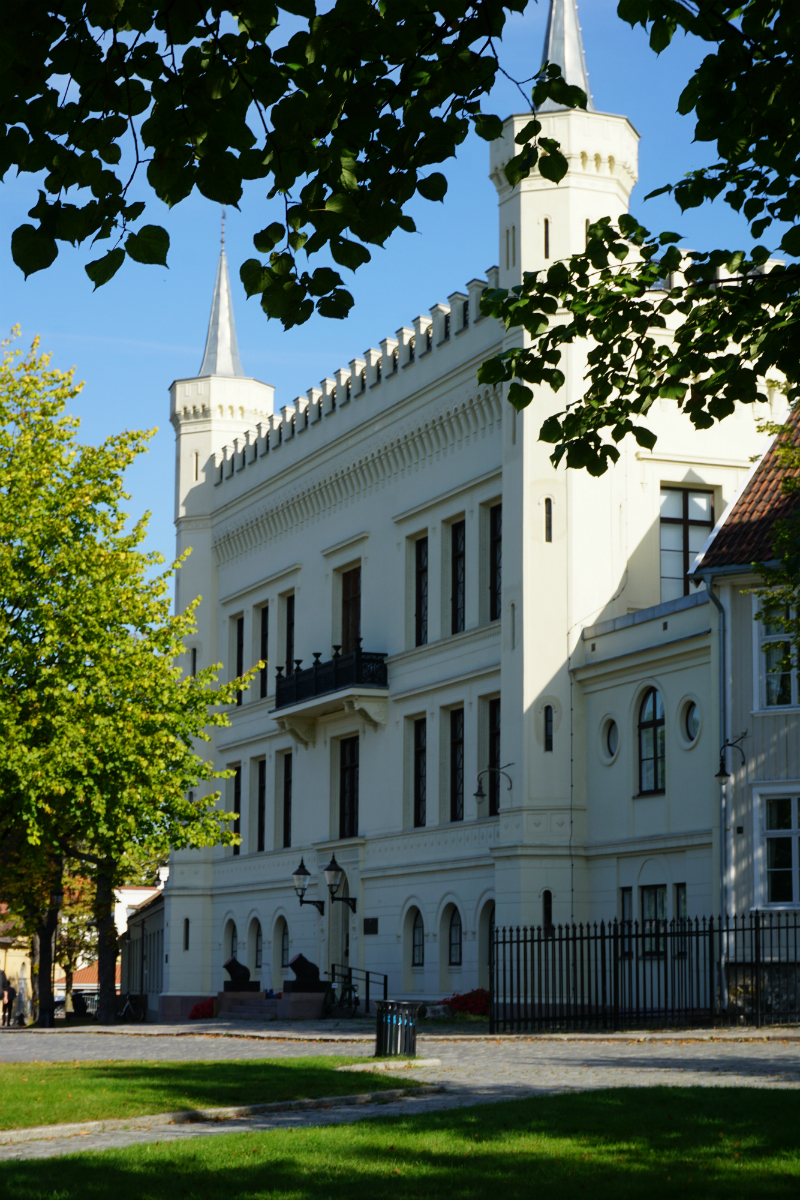 One of the most historically significant places to visit in Oslo is the Akershus Castle & Fortress.

This medieval castle was constructed initially to protect Oslo from invasion, and was later used as a prison and military center. The building of the property began in 1299 under king Håkon V, and was completed in the 1300s. King Christian IV (1588-1648) had the castle modernized and converted into a Renaissance castle and royal residence.

The palatial landmark is a beautiful place to see and walk around, as the impressive buildings have been well-preserved and the landscaped grounds have been pristinely cared for and maintained. 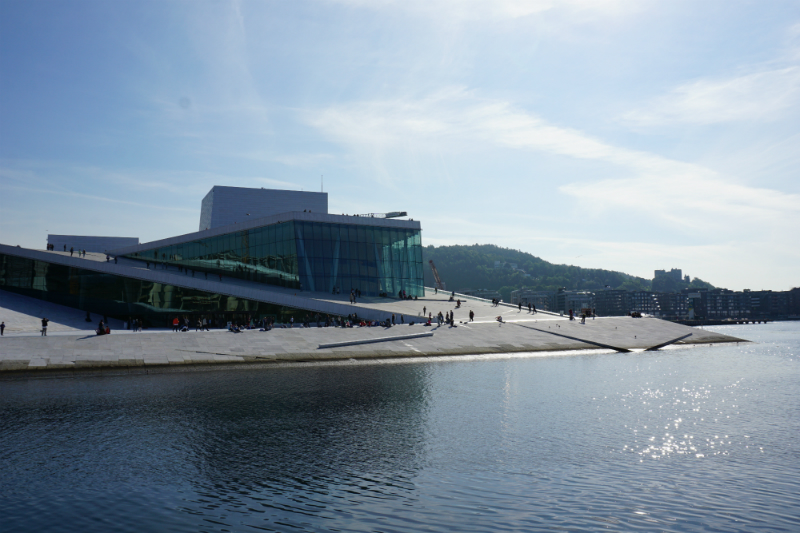 Not only is Oslo renowned for its contemporary architecture, it also prides itself on its cultural offerings. One of the most famous places to visit is the Oslo Opera House, which was built by contemporary architect, Snøhetta, in 2008. Home to The Norwegian National Opera and Ballet, this incredible modern structure draws thousands of visitors on a daily basis, as its unique design enables people to literally walk along the side of the building all the way up to the marble-covered rooftop, where you can enjoy a 360-degree view of the city and bay. The tranquil design of the building is intended to resemble a glacier emerging from the Nordic waters. 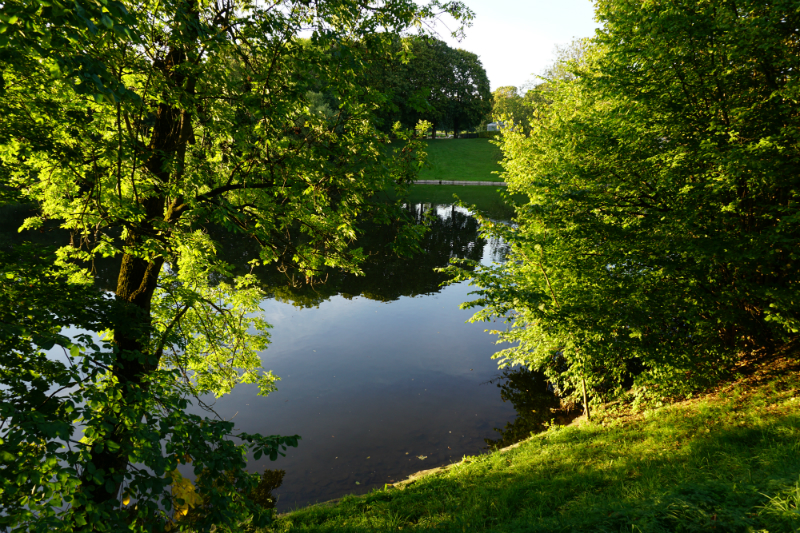 Last, but certainly not least, is a visit to the expansive Vigeland Park. The Vigeland Park is the world’s largest sculpture park made by a single artist (Gustav Vigeland), and is one of the most popular tourist attractions in Norway. Showcasing an impressive 200 sculptures in bronze, granite and wrought iron, these majestic pieces of art were the life’s work of Vigeland, who also directed the overall structure and layout of the park.

Not only is this magnificent park a must-see for tourists, it’s also widely used by local Norwegian residents. Featuring beautiful fountains, lakes, and acres upon acres of grassy knolls and flowerbeds, this stunning park is a grand place to spend a sunny afternoon. 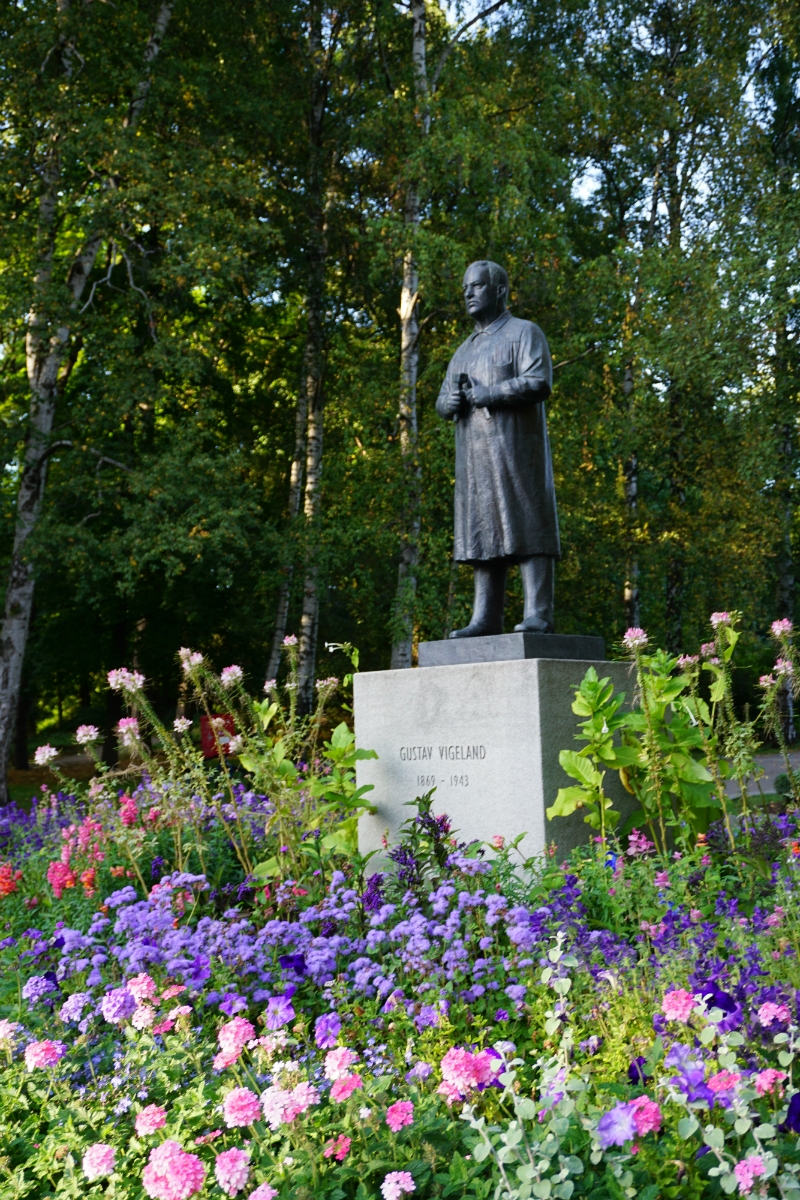 As you can see, Oslo, Norway has some of the greatest and grandest places to visit in all of Scandinavia. The next time you plan a trip to Northern Europe, make sure to add Oslo to your wishlist.

For more travel tips and advice, check out the Travel Section on Inspirations & Celebrations.

[Disclosure: Complimentary accommodations provided by The Grand Hotel; 72-hour Oslo Passes provided by Visit Oslo. This is not a sponsored post. All opinions are my own.]