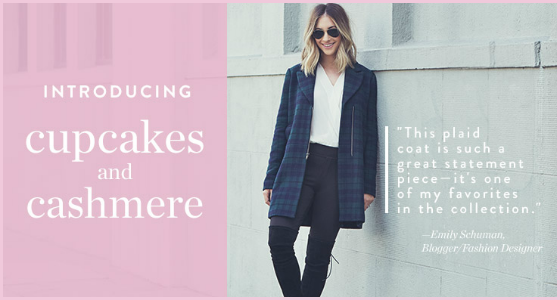 Having collaborated with major retailers (like Club Monaco) in the past, this isn’t Schuman’s first time venturing into the world of fashion design. In addition to writing her blog, Cupcakes & Cashmere, she has also penned best-selling books (based on her blog’s lifestyle-oriented content) and partnered with leading brands (like Estée Lauder) on sponsored advertising campaigns. 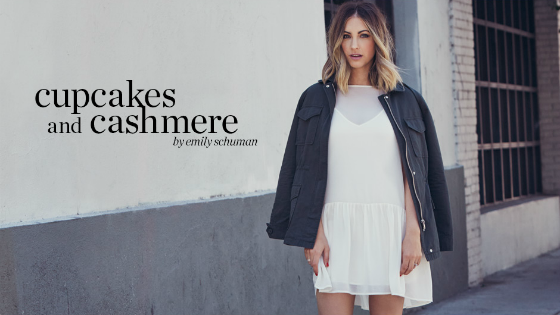 About Emily Schuman of Cupcakes and Cashmere

Emily Schuman got her start in the publishing world, working for major magazines such as Teen Vogue and Domino magazines. You might recall seeing her on MTV’s hit reality television show, The Hills, (starring Lauren Conrad), while she was working at Teen Vogue.

With a background in publishing and advertising, Schuman always knew she wanted to become her own boss, which led to an illustrious career in blogging. After leaving the publishing world to work full-time at Cupcakes and Cashmere, she has since gone on to achieve several notable accomplishments (aside from building a loyal following of fans around the world). 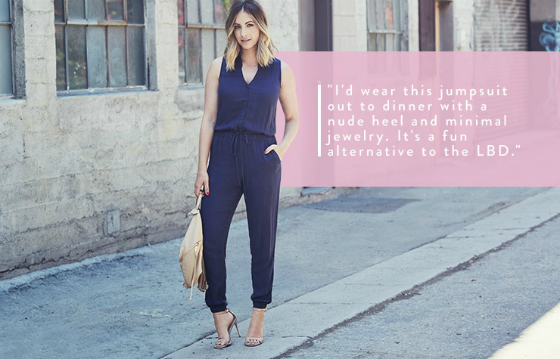 Featuring a mix of DIY tutorials, beauty tips, and fashion posts, Cupcakes and Cashmere offers a little something for every woman to enjoy. With her girl-next-door look and sweet, approachable personality, Emily Schuman has attracted hundreds of thousands of followers who feel she has a relatable style and personality.

Her popular blog has garnered recognition and praise from leading publications (like Elle, WWD, and others), in addition to receiving awards like the Best Fashion Blog Award (Weblog Awards 2012) and Best of The Web (from InStyle Magazine). 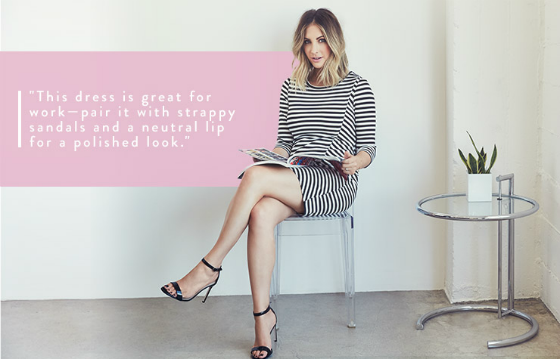 From rompers and jumpsuits to dresses and outerwear, the Cupcakes and Cashmere Fall 2015 Fashion Collection (available at Nordstrom and Shopbop.com) offers everyday style at an affordable price (the collection ranges from $80-$205).

Featured above are shoppable items from her coveted 60-piece fashion collection. Get them fast, because many items are selling-out quickly!

The laid-back, California girl styles not only work from day-to-night and work-to-weekend, they also can be dressed up for special occasions and momentous celebrations. Which pieces are your favorites?